The Problem of Suffering, Atheism and the Killing of Innocent Children 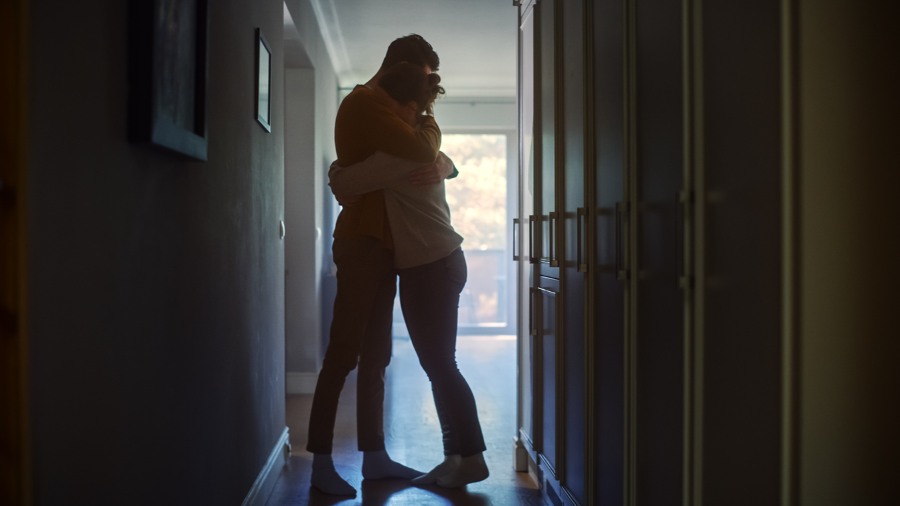 In the aftermath of the senseless slaughter of little children and schoolteachers this week, the question of “why” comes up again. If God is really there and if He is truly good, why does He allow things like this to happen? For some people, the answer is simple: There is no God at all. That’s why things like this happen. We simply have to face these facts.

The problem, of course, with excluding God from the equation is that now all hope is lost.

If there is no God then we are merely the end results of an unguided, random, evolutionary process and our brains are nothing more than neurons firing.

There is no real purpose to life, no greater meaning to our day-to-day existence. In fact, if you remove God from the picture, there is really no problem of suffering and evil. A spider kills a fly; a lion kills a zebra; a mugger kills his victim — this is what the random products of unguided evolution do!

Without God, Nothing is Objectively Good or Evil and There Will Be No Final Justice

What’s wrong with the survival of the fittest? Why doesn’t might make right?

But if you have any sense that there is purpose and meaning and morality to life, then you recognize that suffering and evil really do present a problem. The very fact that we speak of the evil of murder means that, within all of us, there is a certain sense of right and wrong. It is our Creator who put that sense within us.

Yet if you remove God from the picture, not only does everything become senseless. There is also no redemption, no lasting good that can come out of evil. There is no world to come where rights are set wrong, no final punishment of evil, no final reward for righteousness, no final deliverance for the hurting.

Talk about something bleak and hopeless. That is the world without God.

God Really Does Bring Good Out of Suffering

Of course, that doesn’t mean that we simply create a God to fill a void or that we invent a world to come that really doesn’t exist.

Instead, as countless millions can attest, it is only with God’s mercy and help that we can endure the horrors and tragedies of this life. It is because He is real that we can take refuge in Him.

This world is filled with death and evil, but God can bring life out of death and good out of evil.

Speaking of his harsh imprisonment, Alexander Solzhenitsyn said, “I nourished my soul there, and I say without hesitation, ‘Bless you prison, for having been in my life!’”

God Himself is hurt by tragedy and suffering, and Jesus was even angered by it.

The late, NFL player Darryl Stingley was crippled by a vicious hit in a pre-season game, but later, from his wheelchair, said, “I think as a result … I’ve gotten more out of life, particularly on an emotional level. … And as a result I feel like my life is much more fulfilled.”

The Bible tells us how the brothers of Joseph intended to do evil to him, selling him into slavery, but God took this cruel act and used it to put Joseph in a position years later where he would end up saving many lives, including the lives of those same brothers.

Does this happen in the case of every tragedy? Certainly not. But the Scriptures are clear on this: If we give our lives to God and ride out the storm with Him, He will cause everything to work for ultimate good, either in this world or in the world to come, as impossible and illogical as that seems (Romans 8:28).

What Do I say to the People of Uvalde?

To them I say this: I have no easy answers. And I certainly have no cheap answers. I mourn with you and I pray for that grace and comfort that can only come from above.

But I will also say this: God Himself is hurt by tragedy and suffering, and Jesus was even angered by it. In the words of Isaiah, “In all Israel’s affliction, He was afflicted” (Isaiah 63:9a).

He may not explain to us all the reasons for our suffering or tell us why He apparently doesn’t intervene more — although, to be sure, He very definitely does intervene, as many readers could attest. But this much is sure: He cares deeply and He is suffering with us.

You don’t like the way this world is? God doesn’t either. In fact, He hates certain things that take place, but He is at work for good purposes in the midst of it. And, to repeat, in the end, He will bring something good out of the evil and the loss and the pain. As expressed by quadriplegic Joni Eareckson Tada, “God permits what he hates to achieve what he loves.”

Are you upset and grieved with the pain of the human race? God is too!

How Jesus Responds to Human Suffering

Why was Jesus angry? According to New Testament scholar Robert Guelich, the anger “must stem from the setting of the illness and what it represented as a distortion of God’s creature by the forces of evil … . Therefore, Jesus’ anger is a ‘righteous anger’ that recognizes the work of the Evil One in the sick as well as the possessed. “

So, when Jesus saw this man in his suffering and disfigurement, He saw it as a terrible distortion of God’s intent for the human race, a satanic distortion, if you will, and it moved Him to anger and then to an act of healing. That’s why Jesus spent so much time healing the sick: He was pointing towards God’s ideal for humanity.

And it is through Jesus that God enters into our suffering, bearing our pain, carrying our disease, demonstrating His love, dying for our sins. You want to blame God for your suffering, yet here He is, standing right next to you, pouring out Himself to death so that you and I can be freed from bondage and live forever. Obviously He is not the one at fault.

As Pastor Tim Keller expressed, “If we again ask the question: ‘Why does God allow evil and suffering to continue?’ and we look at the cross of Jesus, we still do not know what the answer is. However, we know what the answer isn’t. It can’t be that he doesn’t love us. It can’t be that he is indifferent or detached from our condition. God takes our misery and suffering so seriously that he was willing to take it on himself.”

That’s why Anglican leader John Stott stated, “I could never myself believe in God, if it were not for the cross.”

In the end, that’s where our focus must be, and that’s where we can find grace and help. That is the expression of the heart of God and the love of God: He lays down His life for us.

(To watch my 2010 debate with Prof. Bart Ehrman on the Bible and the Problem of Suffering, go here.)