It's not radical enough 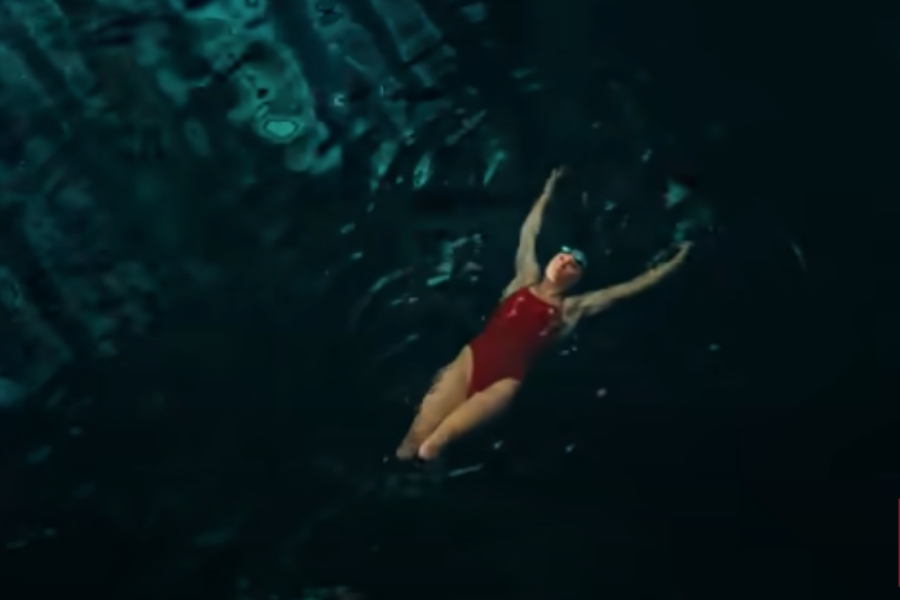 A young woman in a dark red swimsuit floats on her back in the water. You can’t see her feet, which seem to be dangling below her as she lazily moves her legs to keep herself floating. It’s a clever shot, used to open Toyota’s Super Bowl ad, which is now running again during the Olympics.

As a phone rings somewhere, the ad cuts to a scene shot underwater. She flips over and starts swimming away. She’s missing both legs below the knees. I first saw the ad watching the Super Bowl on the big screen at our local place, and felt confused for a moment as my brain shifted away from the story it thought it was seeing. A guy a couple tables to my left said “Whaaat?”, as confused and surprised as I was.

You think you’re watching a story about an athlete — and you are, but not the kind of athlete you expected to see.

The ad continues. A woman answers the phone in her kitchen and hears that the adoption agency has a baby for her. The baby has a rare condition that will require removing her legs. “Her life, it won’t be easy,” the voice says. The ad cuts to the girl racing through the water with the crowd on its feet cheering, and then she wins the race.

It cuts back to the new mother, her voice cracking, saying, “It won’t be easy, but it will be amazing.” We see the girl smiling at the words, and then hear the narrator say, “We believe there’s hope and strength in all of us.”

Jessica Long has done amazing things. She’s earned a raft of medals and set world records, been named Paralympian of the Year by the U.S. Olympic Committee, and won too many other awards to list. In four Paralympic Games, starting in 2004, she’s won 13 gold medals, six silver, and four bronze. She’s the lead swimmer for the American team at this year’s games.

Of course, pro-lifers loved the ad. CareNet called it “one pro-life ad that just might make you cry.” Alexandra DeSanctis wrote in National Review: “Perhaps without knowing it, Toyota has made a deeply pro-life commercial, one that affirms the irreplaceable value of each one of us, born or unborn, sick or healthy, no matter our circumstances, our challenges, our suffering.”

The ad affirms the goodness of a young woman’s life, even if she doesn’t have part of her legs. Great. It cheers the choice her parents made to adopt a child with disabilities. A lot of people would have said no. Also great.

But it’s not a pro-life ad. It falls short of that in two ways. Not big ways. But significant ways, ways that point us to the radical, deeply counter-cultural nature of the Christian belief in human worth and dignity.

First, society affirms human worth and dignity, but only partially, only with conditions. Toyota ends the ad with the inspirational, line “We believe there’s hope and strength in all of us.” But who is us? The ad doesn’t say, of course, but I think we can safely say it means the born.

Except for a small fringe of barbarians, Americans believe that once a child makes it to birth, he becomes a person with rights. He then has a right to life. But until then, most Americans don’t believe he’s a person or aren’t sure he’s a person, or think he’s a person but the mother has a right to have him killed. Toyota would never have run a commercial beginning with a doctor telling a mother her child will be deformed and the mother declaring she’ll still have an amazing life.

Second, it suggests that Jessica Long’s life is worth affirming because she’s so successful. Toyota wouldn’t have an ad with a mother saying “It will be amazing” with a son who spends his days playing video games or a daughter with a C- average. It’s understandable that the ad would feature a success. It’s more dramatic, more moving. It’ll give viewers more of the warm feelings that might get them to buy Toyotas.

Christianity says something very different. The Christian declares the child a person from the moment of fertilization. Our faith holds that the single cell has every human right you and I have. That “Thou shalt not kill” protects him, microscopic and unformed as he is, as much as it protects us. That the law should protect him in the womb as it protects us in our homes.

The scientific term for the child at this stage is zygote. That zygote is made in the image of God. He’s already the creature Hebrews describes as “little lower than the angels.” The Christian declares that his life is amazing whoever he is and whatever he accomplishes. Even if he accomplishes absolutely nothing at all.

And this is true not only for the unborn, but for everyone else. Jesus meant what he said as He said it, when He spoke of the sheep and the goats. The unborn help us see this more clearly, because they’re so vulnerable and so often treated as if they were disposable. Our care for the unborn points us to care for others, especially the poor.

We make a radical claim. I don’t think we always realize how radical it is. Decades ago, pro-lifers liked a “gotcha!” argument about the effects of abortion. The most common version asked if an impoverished mother should abort a child who suffered all kinds of handicaps. The child clearly had no future but suffering and an early death. It seemed an obvious pragmatic case for abortion. Those who said yes got the answer, “Congratulations, you’ve just killed Ludwig von Beethoven.”

Christians don’t oppose abortion because it kills people we want to live. We defend unborn life not because those babies might grow up to be geniuses, or because they’ll grow up to be good people. We defend unborn life because we believe God gives every person worth and dignity, and that includes the right to live. God says flatly, “You shall not kill.” He doesn’t say, “You shouldn’t kill because you might kill someone who’d have a good life.”

David Mills is a senior editor of The Stream. After teaching writing in a seminary, he has been editor of Touchstone and the executive editor of First Things. He writes the monthly “Last Things” column for the New Oxford Review. His previous article was Leftists Don’t Believe in Free Speech, Warns a Leftist.

The photo is taken from the opening of Toyota’s commercial titled “Upstream.”