And they must, she says, for their own good 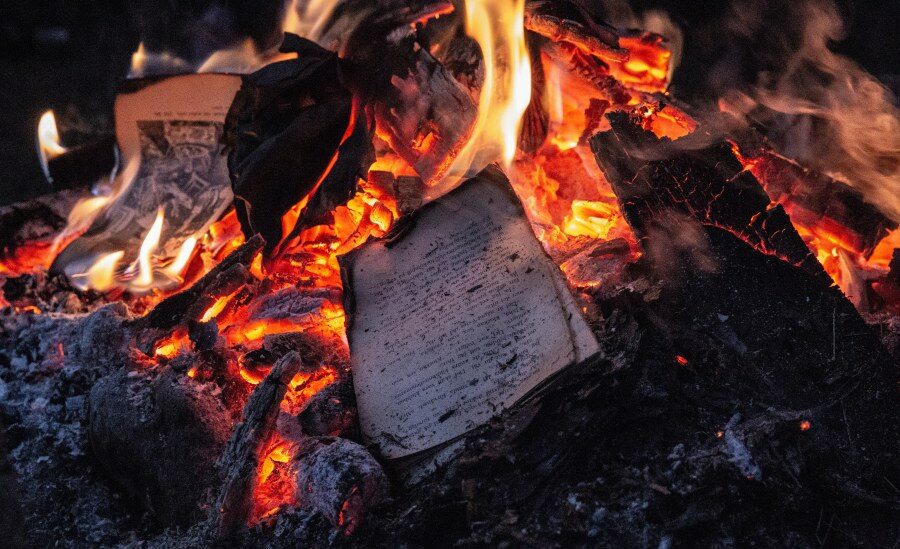 The Left doesn’t understand this. Much of it, anyway. So says one of America’s leading leftwing writers, writing in America’s leading leftwing journal. “The left’s new enthusiasm for getting bad books taken off the shelves is a mistake,” Katha Pollitt writes in Dissent. “It’s in everyone’s interest, but especially the left’s, to have as broad a discourse as possible.”

She’s writing in a forum the socialist journal hosted in its summer issue. It includes an academic rationalization for restricting other people’s speech. Another writer argues that free speech won’t stop “fascists.” They must be “de-platformed.” A third describes all the problems with free speech and proposes it as the best response to its own problems. The last (besides Pollitt’s) argues that the left always believed in free debate and must keep doing so.

All worth reading, if you’re interested in the subject. Even the first two raise difficult questions we have to think about.

A regular columnist for The Nation, the patriarch of leftwing magazines, Pollitt’s the most distinguished contributor to the forum. She takes the middle position of the five. She’s not against free speech the way the first two are, nor is she strongly for it the way the other two are. She supports it for one of the classical liberal reasons, “because I don’t think I have a lock on all the truth in the world.” (See also her famous defense of reading the western canon.) But she doesn’t treat it as an absolute good as many do.

She’s not wrong, exactly, in thinking her movement somewhere on the vulnerable margins. She does underestimate the “woke” left’s cultural power. She doesn’t mention the entertainment industry at all. Nor public schooling. The left looks weaker if you leave out the huge institutions through which it exercises its power. Which is mostly cultural, especially sexual.

She points to the power of the Republicans. “Republicans control all branches of twenty-three state governments. … In media, nothing on the left end of the spectrum is as popular as Fox News or right-wing radio shock jocks.” A lot of Americans like the idea of universal health insurance and raising the minimum wage, but few like the other leftwing causes.

Especially leftwing causes like socializing the American economy. Pollitt’s a real socialist. She cares about sex and gender issues — her latest book defends abortion “rights.” But she also cares about restructuring the way America works. The Democratic Socialists of America have, she laments, only about 90,000 members. (And, I’d note, they give a lot of attention to sex and gender issues, meaning less to socialism.)

Here the “woke” establishment doesn’t help her cause much. Hollywood and the public teachers unions care a lot more about transgenderism than they do about economic equality. Hollywood may be the most purely capitalist industry in America.

The left — her kind of leftist left — needs space. It needs freedom to make its case. Pollitt think it’s always close to losing that space. If someone controls other people’s speech, who will it be? she asks. Probably not a leftist. Probably someone on the other side.

“The same kinds of people always get power when ideas are up for suppression: fanatics, obsessives, careerists, apparatchiks. … If you call for a bookstore not to stock your enemy’s book or rejoice when a problematic classic is taken out of print, your enemy will do the same. Then it just comes down to who has more power. You won’t have a universal principle to appeal to.”

Pollitt concludes: “What gives leftists the space to promote these unpopular positions in unfriendly places is the respect most Americans give to free speech.” The left must stifle its new enthusiasm for censoring conservatives (the “bad books” she mentions above) if it doesn’t want to be stifled itself.

Suppressing other people’s speech doesn’t work anyway. Deplatforming a speaker a university invited to speak, or attacking a book store for selling a book you don’t like, or a publisher for putting out a book by a political enemy, “means you lose the high ground. Now you look just like your enemies. And what have you won, really? Powell’s doesn’t put [Andy] Ngô’s books on the shelves, but it sells it online. Charles Murray gets to look like the victim of a mob at Middlebury. Josh Hawley, like Woody Allen, takes his book to another publisher.”

The problem, I think, is that Pollitt’s classical liberalism and her pragmatism don’t have the power to restrain the baying mobs on her side. But at least she’s trying.

David Mills is a senior editor of The Stream. After teaching writing in a seminary, he has been editor of Touchstone and the executive editor of First Things. He writes the monthly “Last Things” column for the New Oxford Review. His previous articles were two on preaching: The Secret to Preaching Good Sermons and Why Preachers Shouldn’t Steal Their Sermons.