The Paris Attacks and Planned Parenthood: Flipsides of the Culture of Death 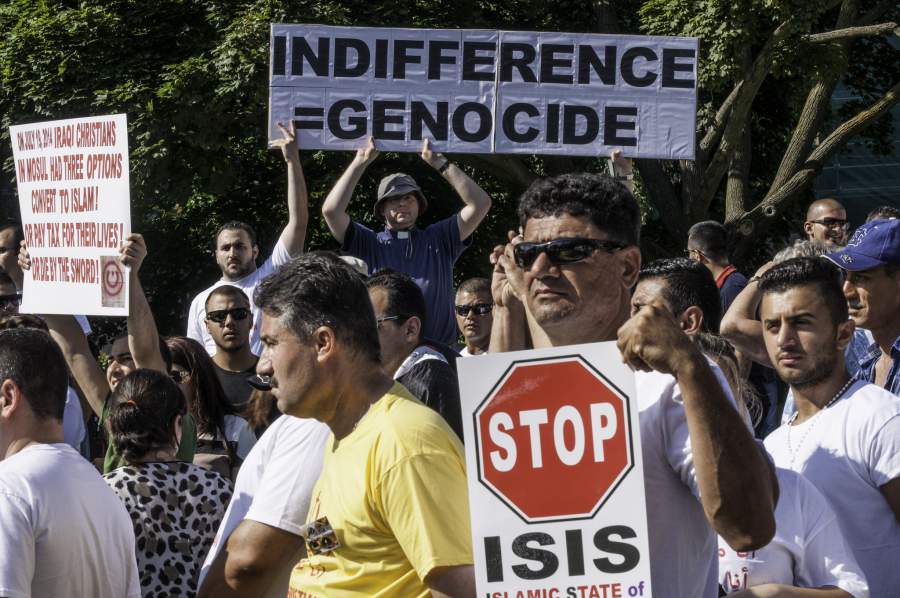 This past week we saw a hideous contrast played out in real events, one whose irony was so twisted that it really seemed like fiction. This couldn’t be “what’s happening on the news.” It had to be the crescendo of some futuristic novel by a wannabe Ayn Rand or Frank Peretti.

Even as students in America whined for “safe spaces” devoid of pointy-edged free speech, several thousand French concert-goers discovered that the music venue they had chosen was not a safe space — not safe from terrorist butchers who wanted to slaughter Westerners in a venue owned by Jews. Thanks to the influx of almost a million Muslim colonists (sorry, “refugees”), no corner of Europe will soon be safe for Europeans, Jewish or Christian — because a certain percentage of Muslims will always take their religion seriously, and read its sacred texts literally, which will turn them into terrorists. Those who insist that ISIS “betrays” or “perverts” Islam can only cling to that comforting illusion by refusing to read its texts themselves.

This same weekend, we learn that the U.S. Supreme Court will review Texas’ laws regulating abortion clinics, laws made by citizens trying to make the womb at least a little bit safer for Texas babies.

And Al Gore is in Paris, trying to make the climate “safe” for the future by crippling the economy.

It’s all too much. Were we creative writing teachers and some student turned in such drek, we would slide it back to him covered in red ink, with the comments: “Tendentious, preachy, heavy-handed. Are you trying to write the next Atlas Shrugged?” No, irony this hamfisted could never cut it in fiction. Instead, we just have to live it.

Now the craving for “safety” is not contemptible. First of all, we want physical safety, for ourselves and our families. To attain this, it would be helpful if our communities were not honeycombed — as Europe has been through the callousness of its godless, soulless elites — with members of a religion which teaches that all non-members are rebels against God who deserve the death penalty. That’s a good first step, anyway.

More than a million Christians have been driven from their homes in Iraq and Syria, deprived of this basic safety, by Muslims who take their religion seriously. But most European nations will not grant these genuine refugees asylum in preference to waves of Muslim economic migrants, who passed through perfectly safe Muslim countries on their way to sign up for Danish or Belgian welfare benefits, and throng those countries’ radical mosques.

As National Review reports, the Obama administration is preparing to recognize the victims of ISIS’s genocide — explicitly excluding the hundreds of thousands of Christians threatened with death. While Europe’s bureaucracy processes the tens of thousands of orthodox, Quran-reading, sharia-supporting Muslims who flood across its borders, Christian victims shiver in storage containers and tents, wondering when the next ISIS advance will turn them into martyrs. And the world goes on, wringing its hands about whether European culture is sufficiently “inclusive” of the religion that set the persecution in motion.

Unborn children, in what should be the safest space on earth, are instead in the cross-hairs. A million will die this year in America, and as we have learned from the Planned Parenthood videos, they will be treated with the same contempt that ISIS shows towards its victims: cut up and thrown away, unless they are sold for profit, as ISIS sells the women it captures and enslaves.

The very leftists who want to help coddled 20-year-olds feel “safe” callously shrug off the physical safety of the world’s most vulnerable people: the preborn children of America and the Christians of the Middle East. Indeed, Progressives try to make victims out of the victors. We are supposed to feel sorry for Cecile Richards, because she had to go answer questions in front of Congress about the half-billion dollars she takes every year to wipe out American babies.

We are told we should worry not about Islamism but “Islamophobia,” a term which Andrew Cummins characterized with perfect accuracy: “A word created by fascists, and used by cowards, to manipulate morons.” The persecuted on campus, we’re told, are not Christians and conservatives whose speech is being silenced; the victims are the mass of angry leftists, whose widdle feewings are hurt when someone dares to disagree with them.

There is a covert, deep-seated alliance between both factions of the Culture of Death — those who would deal it to the unborn, in service of pleasure and convenience, and those who dish it out in the name of a totalitarian movement disguised as a religion. Neither group sees human life as intrinsically sacred, and neither feels bound by an inbuilt structure of reason and moral law that pervade reality, top to bottom. Both, in the end, believe in using violent force in the service of blind willfulness — the willfulness of the sexually active Westerner, or the will of Allah, as interpreted by the politically weaponized Muslim. There can be no moral limits to the exercise of that will, since will alone is supreme — the Will to Power.

A Nation is a Safe Space for a People

We should demand that our public authorities provide physical safety, which is supposed to be their main job. And we should ask for more. A nation is meant to be a “safe space” where a culture based on common values agrees on the most basic premises of life and death, good and evil. We should be “safe,” most of the time, from having to fight and re-fight the most fundamental battles, so we can get on with the business of living our principles in practice. It is not normal to live in a culture and country where you must constantly respond to radical questions like these:

We have fostered monsters in our midst, the heirs of Margaret Sanger, eugenicist, elitist and libertine. And now we’re admitting millions who hold to a monstrous belief, which if put into practice would make non-Muslims slaves. These groups pretend to oppose each other, but in fact they are much alike, which explains why they work hand in glove against their common enemy: The civilization that was born on Easter morning, in the light of the risen Christ.

In that civilization, we see innocent life as sacred, and will die, even kill, to protect it. We see each person, believer or unbeliever, as the numinous image of God. When we’ve failed to live up to that vision it was despite our religion, not because of it, and the resources in our own scriptures led us to stop persecuting, stop enslaving, stop colonizing. By contrast, when modern secular hedonists become more self-consistent, they find new groups to dehumanize and kill: first the pre-born, then the elderly, then the handicapped and the sick — and some are even adding newborn children to the list. When Muslims get religion, far too many turn into Islamists — and get busy advancing a program of global theocracy.

Will we Christians wake up in time? It won’t be fun or make us friends. It will demand that we do things that liberals have taught us to see as “un-Christian.” We will have to expose the ugliness of our enemies’ ideas, and their bloodthirsty implications. And yes, we will have to name some as our “enemies.” Such an ugly word. It’s the kind of blunt talk we come across in … the Gospels. We must draw red lines and fight any who’d cross them.

We must choose a presidential candidate with a statesmanlike attachment to moral principle, and shun political alliances with anyone who doesn’t respect the life of the innocent. We must punish politicians who use the life issue cynically, or cave at moments of decision — such as the choice of Supreme Court appointees. We must work at every level of church, culture and politics to make the word “abortion” again what it was in 1950: an obscenity that no one would utter in polite company. Instead, they will prefer to say “the A-word.”

We must exclude those who’d come to our country while rejecting its basic freedoms. (Don’t worry — we can exercise compassion and fill up our refugee quotas with Christians fleeing Islamists for the foreseeable future.) When in doubt, we must say “No.” As the citizens of Paris learned so painfully this week, false compassion and political correctness kill.

We must militarily cripple regimes such as ISIS, and wean ourselves from alliance with that tyranny Saudi Arabia, which uses the money we send it via our gas tanks to spread sharia everywhere. We must give up hunting the unicorn that is Islamic democracy, and work with regimes in the region that try to keep Islamists out of power.

We should take advantage of the divisions among Muslims, between Sunni and Shiite, to divide and deter the next wave of jihadists. We should support those movements in Europe that are trying to keep that continent safe, and reject that parody of Christian kindness which calls for accepting a mass influx of proto-Islamist Muslims. It is not Christian, or even rational, to endanger our children and grandchildren for the sake of a warm, fuzzy feeling — the sensation the brain experiences as it slowly freezes to death.