The phenomenon of social abuse is destroying America in the name of progress. 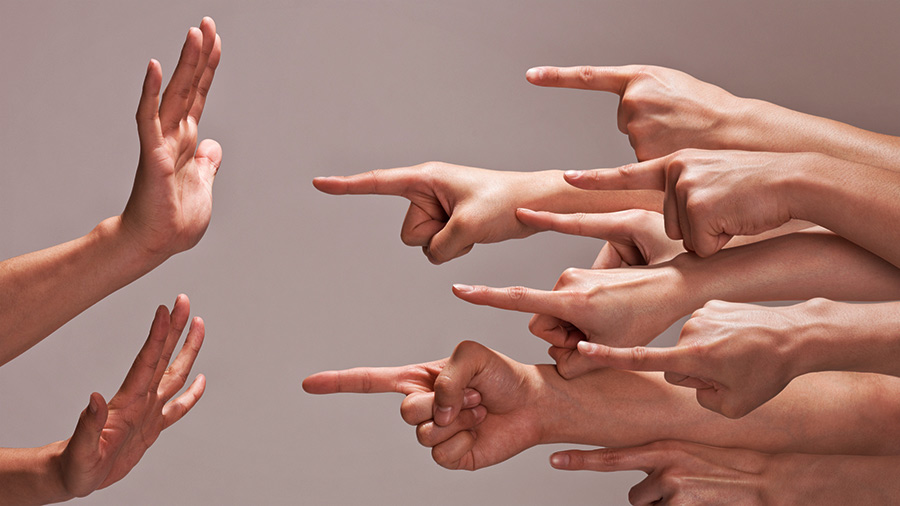 Shaming, bullying and abusing those who aren’t promoting certain promoted narratives is a primary offensive weapon of ruthless outrage mobs.

President Obama, speaking on the socially abusive cancel culture said, “[T]he way of me making change is to be as judgmental as possible about other people. … You see how woke I was, I called you out. That’s not activism. That’s not bringing about change.”

When your ideologies, questions and even your silence are threatening to those who are vigorously advancing their cause, whatever it may be, social abuse becomes an option.

The penance they demand is determined not by an absolving priest but by a self-appointed jury seeking your destruction. The outrage mob rises up en force against the detractors and nothing short of renunciation of their values or destruction of their character will do. In America’s cancel culture, blood-lust drives self-appointed moral revolutionaries to strip you of your dignity and parade you naked across social media.

And Ham, the father of Canaan, saw the nakedness of his father and told his two brothers outside. (Genesis 9:22, ESV)

A curse was the result of this shaming of Noah (which pales in comparison to today’s hateful exposing). We have a choice as a nation. Cover in love and be blessed or report another’s nakedness to the world and be cursed.

Then Shem and Japheth took a garment, laid it on both their shoulders, and walked backward and covered the nakedness of their father. Their faces were turned backward, and they did not see their father’s nakedness. (Genesis 9:23, ESV)

Hateful uncovering and blacklisting is an ironic tactic people utilize against those they believe to be, well, hateful. It’s the white-collar equivalent of the outrage mobs in the streets, rioters who are destroying businesses and lives with firebombs and violence in the name of eventual peace. They are attempting to drive out hate with hate, and not only will that never work, but it exposes their hypocrisy.

The Futility of Taking a Knee

The socially abusive cancel culture has stricken another victim, future Hall of Famer, NFL quarterback Drew Brees. Drew heroically maintained his stand (a stand that millions of Americans applaud) that kneeling during the National Anthem was profoundly inappropriate.

Call in the outrage mob.

Skip Bayless tweeted, “Drew’s comments represented an elite, white insensitivity where you just live in your own world. It goes back to the question of whether he can do enough to be accepted as reformed.”

So, one of the NFL’s most authentic and truly good guys now has to be reformed because of a single, non-controversial statement that the majority of Americans hold to? After receiving death threats and hateful retorts, his wife Brittany relented and confessed, “We are the problem.”

Skip, I implore you to examine the absolute love and forgiveness of Jesus. A haunting past is the fuel for the social abuse movement in our nation. If our past seals our future, there is no hope, and Skip, you yourself are doomed.

You have to ask (at risk of being socially abused) just what is the purpose of kneeling during the National Anthem? People defend the action by saying it has nothing to do with the flag. That’s interesting, because the exact moment they chose to protest was when we are standing up for the flag. Not at halftime, not at the coin toss, not during player announcements (of course not), not when the game has finished (as praying Christian players do at the 50-yard-line). The protest is during our National Anthem. The protest is about our flag.

They say it’s to bring attention to racism and police brutality. I don’t believe there’s a single solitary soul in America that isn’t aware of that endeavor.

It’s said that it’s to promote change. I’d argue there are very few who would oppose the annihilation of racism and violence. Yes, it’s true that change must come, and it’s a rare few who would not agree with that statement.

Thankfully, Los Angeles Chargers running back Justin Jackson said, “players might not kneel if they believe they are listened to when they speak about use of force by police and a variety of other social issues. …” Players, we hear you. We really do.

Divisive actions such as kneeling and shaming actually do great damage to the cause, and it crushes the spirit of our nation. It should be obvious that we can highly value our black brothers and sisters and the change we are all pursuing and also highly honor our veterans and the flag of our great nation. It’s not either/or, it’s both/and.

Social Abuse and Cancel Culture is Ramping up

The cancel culture protagonists are relentlessly attacking any and all who don’t rally around narratives that have been determined by a few to be absolute truth. The classic television show COPS was cancelled. Elmer Fudd turned in his gun. “Gone With The Wind” was removed by HBO Max. Children’s show Paw Patrol apparently spews pro-police propaganda. (Not propaganda, folks. It’s pure, overt pro-police appreciation. Nearly every single one of America’s police officers are heroes.)

Wichita State University President Jay Golden cancelled an Ivanka Trump speech after a squeaky-wheeled outrage mob of 500 demanded she not be allowed to speak.

Gordon Klein, a professor at UCLA was suspended from his job for a shocking violation: he required his students to take their finals. A demand that is shockingly similar to segregation of old was forced upon him. Due to the crisis surrounding the murder of George Floyd, an outrage mob called for black students alone to be exempt from the test. I can’t believe I just wrote that sentence. I can’t believe I’m going to write this next one. UCLA suspended Gordon Klein for three weeks because of this.

The New York Post reports, “Klein — whom students slammed as “racist” and “dismissive” — was also placed under police protection at his Malibu home after receiving threats from critics. …”

“The Flash” actor Hartley Sawyer was fired after some of his old tweets were discovered. While he apologized, that wasn’t enough for today’s hyper-sensitive and hypocritical outrage mob (who doesn’t have some sort of a past?). Fired. Terminated. Destroyed. Success.

If Skip Bayless has his way, no racist will ever be able to repent, apologize and change. They might as well just remain diseased by hatred for the rest of their lives. It would seem that others are equally hopeless, never able to learn from mistakes, always paying for their deeds and tweets and philosophies. It doesn’t matter if they were naive children or if years of lessons leading to maturity have passed. No forgiveness, no grace to grow. A punitive response is the only response the outrage mob has to offer.

Hartley Sawyer offered this heartfelt apology, “My words, irrelevant of being meant with an intent of humor, were hurtful, and unacceptable. I am ashamed I was capable of these really horrible attempts to get attention at that time. I regret them deeply. I am incredibly sorry, ashamed and disappointed in myself for my ignorance back then. I want to be very clear: this is not reflective of what I think or who I am now.”

FOX News political commentator Lisa Boothe tweeted, “I feel like we are all one tweet away from getting fired these days.” That’s the terror cancel culture wants us all to carry. The cancel culture elite make the rules and we must tremble in fear at their great power.

Thankfully We Have Some Competing Voices

The Federalist publisher Ben Domenech on Wednesday addressed the issue of the so-called cancel culture hitting the media.

“Within the industry, they’re able to weaponize social media to essentially create these rage mobs and drive talented people from their positions.”

Comedian Kevin Hart has had enough of the nonsense too.

“We can’t be so persistent with the search to find and destroy. Although some things are warranted and I understand, it’s just us as people have got to be smart enough to go … you know what, whatever has happened, has happened, but people deserve a chance to move on,” he said.

“Life isn’t over because people say it is, and that’s what’s been happening as of late. It’s like people determine when your end button is pushed, but that’s not how it works. We need to lose that attitude and feeling and let people grow.”

In an interview with Megyn Kelly, Bill Maher said the irony of cancel culture is “that the people who hate bullying are always bullying.”

And finally, Demi Lovato, who admits to being cancelled many times, said that she would like to switch out cancel culture for something called “forgiveness culture.” This, she said, would involve a person apologizing for what they might have done so they can be a good role model for others.

I agree. Maybe agree to disagree culture would be healthy too.