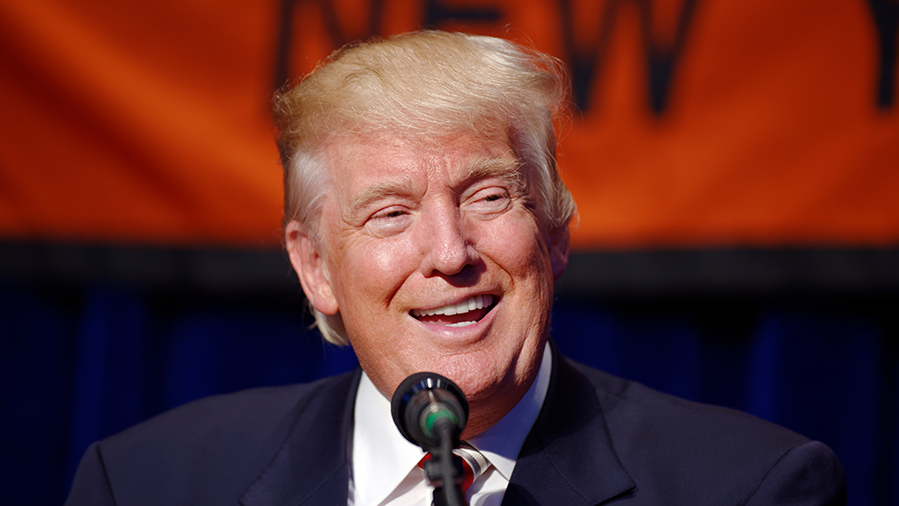 Friday, special counsel Robert Mueller submitted his final report to Attorney General William Barr. After more than 600 days, $20 million in taxpayer money and countless hours of conspiracy mongering on cable “news” channels, the Democrats’ dreams of impeachment, imprisonment, even execution for President Trump seem to be ending not with a bang but with a whimper. Plus a fair amount of guffawing from the right and bitter, angry tears from the left.

I can’t comment in detail about what’s in it because the full report has yet to be released. Barr has to go over it to insure there is no classified information or anything protected by executive privilege before sharing it with Congress members so they can immediately leak it to the press.

I’ve also noticed that throughout this pointless and divisive circus and right up to the end, Democrats were always issuing dire public warnings to Trump not to try some underhanded tactic, whether it was firing Mueller or Rosenstein, pardoning Michael Cohen or, as Chuck Schumer did just yesterday, warning Barr not to give Trump a sneak peek at the report before Congress sees it and warning Trump not to interfere in its release.

For the record, Trump has never done any of the things Democrats kept warning that he’d better not do. It’s remarkable how they’re always able to think of the exact underhanded thing someone would do to escape justice that never seemed to occur to Trump.  I guess that shows the advantage of being political professionals.

Schumer and Nancy Pelosi issued a joint statement declaring that “the watchword is transparency.” Don’t worry, I think you’ve both been absolutely transparent throughout this whole fiasco.

Here is what little we know for sure: Mueller recommends no more indictments and he affirmed that he was not blocked in any way from any line of investigation he wanted to follow.

Here is what we can assume from that: the investigation has ended with no charges planned against Trump, his family or any of his associates for allegedly colluding with Russia to affect the 2016 election. All the charges and guilty pleas against people such as Paul Manafort were for process crimes and unrelated issues involving their businesses and taxes.  Those charges were not, as liberal talking heads and politicians have been insisting for two years, “the tip of the iceberg.”  In fact, all this ever turned up was a cupful of melting ice cubes.

I think we can also safely assume that there will be no charges of obstructing justice, since Mueller confirmed he was never obstructed in any way.

Otherwise, until we see the report, we won’t know whether Mueller exonerated Trump and his people or used the prosecutor’s tactic of the subtle smear, implying that they might be guilty of something but he just couldn’t find the evidence (which you could say of anyone.) If it’s the former, Trump’s lawyers might not bother with a rebuttal; if it’s the latter, they will definitely release a rebuttal.

The Meltdown and Aftermath

Meanwhile, not since Election Night 2016 have the liberal cable news hosts suffered such an emotional meltdown.  They were so certain that Trump was a Russian agent who would be frog-marched out of the White House in manacles and that Mueller was their white knight who would deliver the fatal blow that their reactions ranged from fury to tears.  The same goes for liberal celebrities on social media.

I’m sure Republicans will be gleefully rewatching video compilations on YouTube for years to come. To paraphrase Oscar Wilde’s wisecrack about Charles Dickens, one would have to have a heart of stone to watch their tears without laughing. Whatever tatters of “journalistic” reputations these outlets still retain should now be doused with lighter fluid and tossed into the barbecue grill.

Of course, this doesn’t mean the investigations will end. There definitely should be investigations of the partisan investigators and their knowing use of unvetted opposition research garbage and hiding of exculpatory evidence to secure illegal FISA warrants to spy on members of the Republican presidential campaign.

They should face harsh consequences, as should America’s self-appointed conscience, former FBI chief James Comey. Comey leaked classified meeting notes to the media in order to manipulate the creation of a special counsel, setting off a chain of events that hamstrung the Administration, thwarted the will of the voters, savagely divided the nation, eroded trust in our elections and institutions, and wasted $20 million and incalculable amounts of time and energy that could have been devoted to dealing with real problems.

I don’t want to hear another word about his firing being unjustified.  He’s lucky Trump didn’t fire him out of a cannon on the White House lawn.

Democrats Still on the Hunt

Naturally, Democrats will continue to ignore the people’s business to chase even more madly after the great white whale, Trump.  There are the New York prosecutors who plan to investigate every aspect of Trump’s businesses and his associates’ businesses.  This is a stunningly un-American abuse of power: prosecutors are supposed to start with a reasonable suspicion of a specific crime and search for evidence, not investigate a person looking for a crime.  That kind of activity is straight out of Stalinist Russia (as Stalin’s right-hand man put it, “You show me the man, and I’ll show you the crime.”)  But those federal prosecutors still have to answer to the Attorney General, so let’s hope he reminds them of their duties in no uncertain terms.

And of course, Congressional Democrats such as Rep. Adam Schiff will continue digging through piles of manure, certain that they’ll eventually find a pony in there somewhere.  I expect him to keep wasting time and taxpayers’ money, demanding to see people’s business records and tax forms and bags of trash (“Aha! I found an unrecycled Snapple bottle in Trump’s chauffeur’s trash! Impeach Trump for murdering the planet!”)

It strikes me that this nasty, divisive hoax Americans have been subjected to for the past two-plus years has been an unexpected triumph for the Russian hackers who hoped to sow chaos and distrust in our system and never imagined how much the Democrats and the media would help them.  Talk about colluding with the Russians!

It all really grew out of two things:

Lesson: Be like Hillary and get someone else to pay the Russians for oppo dirt, using money you launder through your campaign’s law firm.   That’s the acceptable, ethical Washington way!

Lesson: Never fall for your own propaganda.