The Most Annoying Political Columnist in America 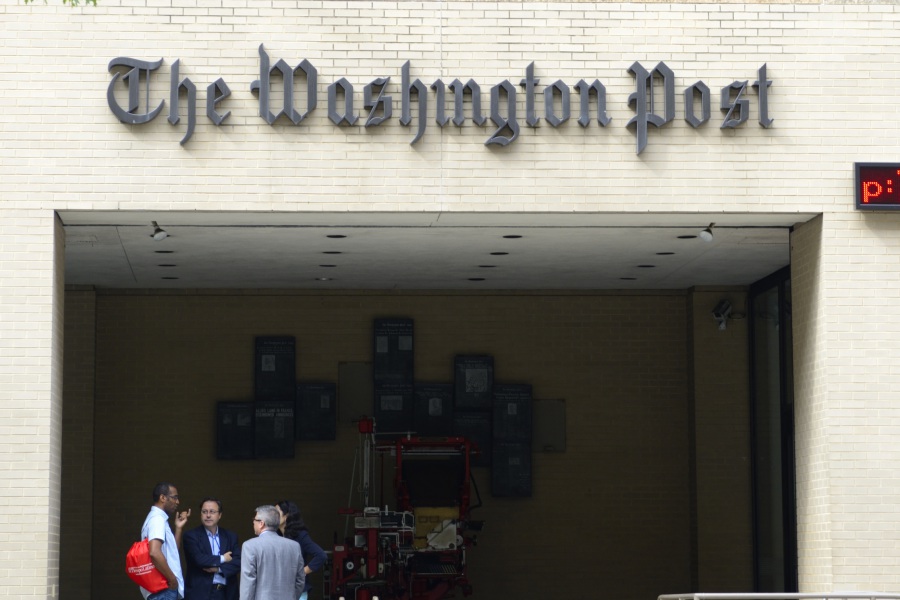 Who’s the most annoying political columnist in America? It’s a tough call. Most of them are terrible.

Many conservatives would name a liberal columnist. I can name a few myself. But they’re not annoying, really, they’re just liberal. They say what you expect. Being annoying is a special quality beyond being wrong.

A lot of conservatives like me would name a columnist from one of two groups in the right. Some would say the Washington Post‘s Jennifer Rubin or someone else from the Never-Trump camp. Never-Trumpism isn’t really annoying. It’s just boring. It’s the same thing over and over.

Others would say the writers of “Conservatism Inc.” The people at National Review, for example. Here in Connecticut, The Courant bowed to pressure from the frightened hobbits of West Hartford and quietly dropped Victor Davis Hanson and Cal Thomas. So Jonah Goldberg, et al, are what passes for the Right on its slowly dying opinion page.

“Conservatism, Inc.” also isn’t really annoying. But it is boring in a different way than the Never-Trumpers. They tell an old story of conservatives working within the system, libertarians allied with social conservatives, everyone supporting the Republican party. All directed against liberal causes like raising taxes. But only on behalf of the pet causes of Conservatism, Inc. They’re flogging a dead horse.

And both groups? They’re really smug. They think they know better than us simple-minded conservatives who care about the unborn and cheer Trump when he attacks the “elites” and “the swamp.” That is annoying, but not as annoying my candidate.

Which brings me to E.J. Dionne, Jr. He gets my vote for Most Annoying Columnist in America. He’s one of the big ones. A long-time Washington Post columnist, he’s also a feature on NPR, often appearing with “conservative” David Brooks, and (of course) MSNBC. He also teaches government at (where else?) Georgetown.

Why is he so annoying? Well, first, there’s the disregard of evidence and the desire to paint his enemies as stupid, cruel, and hypocritical.

Here is today’s example. He writes in The Supreme Court’s pro-gun, pro-life problem: “Against all the evidence from countries with stricter gun laws and far lower gun homicide rates, the pro-gun, antiabortion crowd insists that a massively armed citizenry protects life.”

He writes of “The disconnect between warm, life-embracing rhetoric about abortion and indifference toward the loss of innocent life furthered by our nation’s uniquely permissive gun laws.” Only pro-lifers who fight for gun control etc. — he even knows a few! — have “moral consistency.”

Dude. Did you even bother to engage the evidence? Ever hear of John Lott? How about that time Leah Libresco Sargeant crunched his numbers and came to the conclusion, against her own wishes, that Lott was right? I’m not making that argument myself. I’m just pointing out that a serious argument exists and you don’t even engage it.

Worse, you write as if people who disagree with you are not only idiots but hypocrites.

You’re Not Really Pro-Life Unless You Agree

And then there’s the cliches. Dionne’s never met a liberal cliche he didn’t use. “You’re not really pro-life unless you…”, for example. It’s not a serious attempt to persuade. It’s an appeal to people who like to hear that they’re superior to those poor, bigoted, selfish, rightwing pro-lifers.

The thing is, Dionne, who cares? You’ve busy condescending to pro-lifers, pro-lifers are busy getting the job done. Joining in the great liberal chorus trying to divert us from our goal. We’ve had 48 years of “The pro-life movement is doing it wrong” and “What has the pro-life movement ever accomplished?” and “You’re not really pro-life unless you’re doing X instead of Y.”

The pro-life movement made it to the cusp of overturning Roe v. Wade by staying on-task for 48 years and not being distracted by criticisms like yours. We ignored you. We were right to ignore you. The result? We may end up achieving our highest political aim after 49 years because we ignored you.

And, finally, there’s Dionne’s bandwagoning. And his ideological selectivity. A school shooting happened in Michigan. Therefore, we need gun control. And oh, by the way, pro-lifers are hypocrites.

The bandwagoning only works one way. Whenever a bad thing happens that can be leveraged to further a public policy goal of the Democratic Party, he makes the connection. But whenever a bad thing happens that might further a Republican public policy goal, he doesn’t make the connection. So you have the school shooting in Michigan and, viola!, E.J. Dionne is off to the races. Along with people like Sen. Chris Murphy.

But that anti-white racist guy who drove an SUV into a parade of Christmas grannies in Wisconsin and murdered a bunch of people? The one who was out on a lousy thousand dollar bail? Does Dionne deal with it? No sir, no larger public policy conclusions to be drawn from that episode. Why, we don’t even need to talk about it. It’s not like he was trying to restrict abortion or anything.

I mean, yes, obviously, conservatives will draw public policy conclusions from the, ahem, “accident.” But their arguments will be treated as a “Republicans pounce!” story, not on its own merits. You won’t find Dionne looking seriously at the matter.

Of the making of many books there is no end, and much study is a weariness of the flesh,” says Ecclesiastes. Dionne’s columns, likewise, will keep coming. And  noting all his annoying gimmicks will remain wearying.

But when a columnist is so annoying, and so influential, it has to be done. Consider again the institutions with which Dionne is affiliated: the Washington Post, Georgetown, NPR. Dionne’s inanities are their inanities.

Dionne speaks for an establishment so smug that they can’t even hear their opponent’s arguments. Not over the sound of patting themselves on the back for being morally superior to that opponent.

Peter Wolfgang is president of Family Institute of Connecticut. He lives in Waterbury, Connecticut, with his wife and their seven children. The views expressed on The Stream are solely his own. His previous article was Justice for Ahmaud — But Will It Change America?.

Rubin Is Not Good for the Jennifers