Justice for Ahmaud — But Will It Change America? 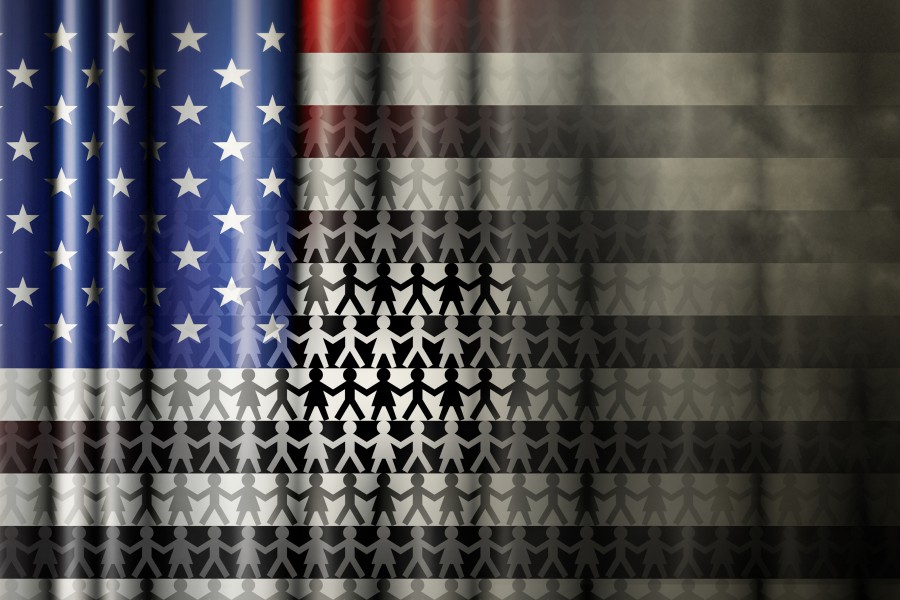 I felt a flush of patriotic fervor when Kyle Rittenhouse was acquitted after Derek Chauvin was convicted. “Our system works,” I declared. Yes, miscarriages of justice still occur. But such occasions are the exception, not the rule, and that these two recent cases show that the critics on the left and the critics on the right are both wrong.

If the murderers of Ahmaud Arbery had also been acquitted, I would have had to take that statement back. But they weren’t.

Because of all the racial conflagrations of the last year-and-a-half, the Ahmaud Arbery murder was, to me, the big one. Yes, George Floyd’s was the one that set off the riots, or “mostly peaceful protests,” or (NPR’s latest) “racial justice protest that turned violent,” or whatever. But Arbery’s earlier murder was, in some ways, bigger. The biggest of them all.

With Floyd, you could argue that the problem was just a bad cop. With many of the subsequent incidents, you could argue the complexities, that the deceased was not as sympathetic as the press made them out to be, that it’s not an indictment of the system as a whole, etc.

With Arbery? A black man out running pursued by white men with guns, eager to hold him against his will? A man who reasonably feared for his life, as any of us would? Much harder to do.

If you are inclined to believe that there are indeed such things as “systematic racism,” “white privilege,” etc., you will find no single more glaring recent evidence for it than the murder of Ahmaud Arbery. More so than the death of George Floyd or any other recent episode.

For the record, I am not inclined to believe that. I believe, as I said at the Rittenhouse verdict, that our system works (for the most part).

But consider the facts. The biggest scandal was not just his murder, as outrageous as it was. It was that it took more than two months for these guys to even be arrested for Arbery’s murder. And it only happened after the video surfaced.

Again, I don’t buy Critical Race Theory. But neither do I dismiss the grievances of our fellow Americans who are black. There is clearly something there, something to their concerns that seems to be just outside the vision — or lived experience — of most of us who are white.

I reject the gaslighting of both black and white. There is some crazy stuff going down. To get past it, we need to be able to talk to, and listen to, one another. Without being misled by those who profit from racial division.

A reasonable person ought to be able to see that CRT’s unrelentingly negative view of America is a lie … and still be able to see that some racial problems are indeed “baked in the cake.” Not full-blown systematic racism, but racism in the system. The delay in justice for Ahmaud is a prime example.

White people’s exhaustion with the topic of race, though? It has at least some basis in fact.
Damon Clarke Owens (in his interview with Stephen Greydanus) made a great point about how we shouldn’t just think that because we hit a few home runs in the 1960s, race is no longer an issue. I get that.

At the same time, people are not wrong to see the enormous grift that frequently accompanies racial grievance. Al Sharpton was as bad for racial progress as Martin Luther King was good.

Black Lives do Matter. But if BLM’s websites link back to Act Blue, people are going to notice. If a BLM founder is living high on the hog off enormous corporate contributions to BLM, people will see it for the scam that it is. You can’t expect otherwise.

No single recent event has made me more open to hear, and see, what I may be missing on the topic of race than the Ahmaud Arbery case. The white reactions to it — and against me for seeing it as a racial crime — were infuriating. But then came the grifters, the BLM organization, the CRT industry, and it all got messier.

Back to Square One

And now, with justice at last for Ahmaud, we are back to square one. Full circle. Could this moment be seized upon to achieve some new unity in the matter of race in America? The evidence of the last 18 months says no.

Peter Wolfgang is president of Family Institute of Connecticut. He lives in Waterbury, Connecticut, with his wife and their seven children. The views expressed on The Stream are solely his own. His previous article was How America Failed Our Soldiers.