Harris Suddenly Jumping to Border, Joe (Inadvertently) Leaps In to Pay for Hunter's Hooker, and the Insurrection Where Nobody’s Charged With Insurrection 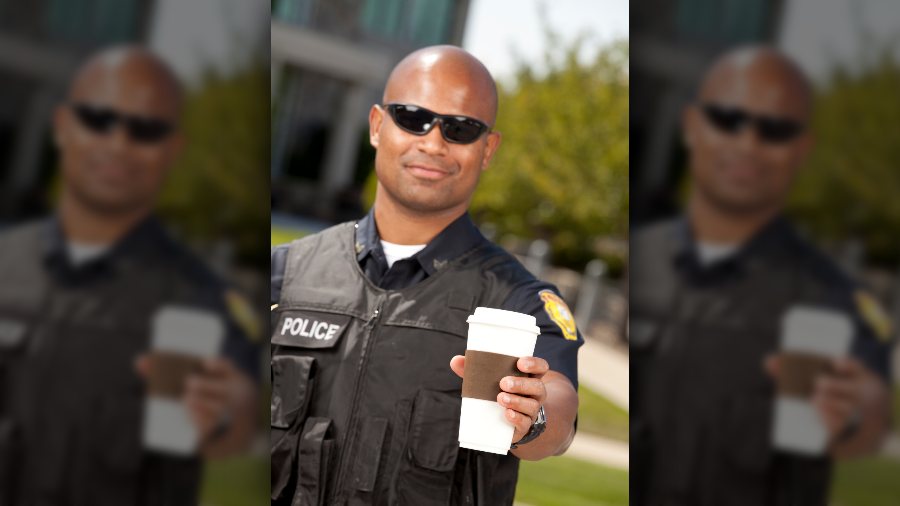 Miss your fix of Morning Brew? We’re back today with some piping hot stories.

On Wednesday, 54-year-old Graydon Young of the Oath Keepers agreed to plead guilty to two felony counts: conspiracy and obstruction of an official proceeding.

CNN reports: “Prosecutors say Young was part of the ‘stack’ military-style formation of Oath Keepers that cut through the crowd to move inside the Capitol.”

Yeah, that’s just like flying planes full of innocent people to the Twin Towers and Pentagon. And absolutely nothing at all like Antifa/BLM armies trying to breach the White House.

Yup. Just like the surprise bombing of Pearl Harbor. And nothing like Christine Blasey Ford deleting her social media before accusing a Supreme Court nominee of rape.

That charge was dropped.

Two other defendants pleaded guilty Wednesday. Robert Reeder and Anna Morgan-Lloyd pleaded guilty to one misdemeanor count of parading, demonstrating, or picketing in a capitol building.

Yup. Just like Julius and Ethel Rosenberg. Nothing at all like the hordes that stormed Senate office buildings chasing Senators like Jeff Flake into elevators or parading around in Handmaiden’s Tale costumes.

Only “One Night of Rioting” in DC? Sure, And Hunter Hires Escorts “Just to Cuddle”

Meanwhile, in a related story, though the mainstream media denies it, DC’s hapless BLM-loving Mayor Muriel Bowser told a whopper to Congress Tuesday. When Sen. Ron Johnson pressured her on the BLM-Antifa violence in DC last summer, Bowser actually claimed “I know we had one night of rioting in the district last summer.” A flat out lie. There were two weeks of protests, including widespread destruction in the city. This doesn’t even count the mobs assaulting people leaving Trump’s acceptance speech in August.

Send that lady a map.

It only took over 90 days, but Kamala Harris – Biden’s hand-picked border point-person – is FINALLY going to the US-Mexico border. Harris will be down in El Paso Friday with Homeland Security Secretary Alejandro Mayorkas.

(She won’t be there with the head of Border Patrol. Mayorkas dumped Border Patrol Chief Rodney Scott yesterday. The 29-year vet was sent a “3 R” letter,” which Scott explains on Facebook is government slang for “Resign, Retire, or Relocate.” )

Harris had been mocking the idea of going to the border as a “grand gesture.” What changed her mind? The White House insisted Wednesday that Harris’ sudden change of heart had absolutely, positively nothing to do with Donald Trump announcing plans to go next week.

Yeah, right. Trump said in a statement. “If Gov. Abbott and I weren’t going there next week, she would never have gone.”

One way to look at it: Trump did more in one day to get Harris off her fanny than her boss did in three months.

And because we have to laugh …

For four years, Hillary Clinton has been on every news media outlet declaring she was robbed of the presidency. She has no evidence of this.

For four years, Stacey Abrams has been on those same outlets declaring she was robbed in the Georgia governor’s race. And she’s never conceded.

Not a single media outlet has been punished by You Tube for airing these false claims.

Yet Real America’s Voice airs an interview with Trump declaring “I’ve never admitted defeat” and YouTube grounds them for a week. Why? For posting content that “advances false claims that widespread fraud, errors, or glitches changed the outcome of the U.S. 2020 presidential election.”

RAV program director Roger Hudson told Just the News Trump was “so careful not to make a judgement call” about election fraud. “He didn’t say what they said he said.”

But even if he did …

Question 1: How is what Trump said any different than what Clinton and Abrams have been saying?

Question 2: How does YouTube know the claims are false? The difference between Trump winning and losing was less than 50,000 votes in three states where there were clear irregularities (to say the least). For that matter, why’s it their business to decide anyway?

Question 3: How can YouTube justify suspending a news outlet for something a guest says? If that’s the standard, why wasn’t ABC suspended for carrying Jussie Smollett’s interview where he claimed to have been mugged by MAGA people?

Question 4: What are they so afraid of?

The suspension means RAV will not be able to cover Trump’s Saturday rally on YouTube.

Lookie! I answered my own question. They cannot afford to have Trump be heard and have Americans decide for themselves. Or realize how much they miss the guy. According to a new Monmouth University poll, the difference between Biden’s approval and disapproval ratings has dropped six points since April.

More craziness found on Hunter Biden’s laptop. According to the New York Post, during Hunter’s 2018 bender at L.A.’s infamous Chateau Marmont, Joe Biden apparently paid Hunter’s $8K bill for a call girl when his own efforts to pay were failing. “Inadvertently,” says the NY Post. Maybe they meant “enabling.”

What’s interesting is how many former Secret Service agents are involved in the Post’s account. Remember how Secret Service agents showed up to try and clean up Hunter’s gun mess? Again it’s 2018. Hunter lies about his drug use, gets a gun. His then-girlfriend, Beau Biden’s widow Hailey, tosses the gun into a trash container near a school. When Hailey goes to retrieve it, the gun’s gone. Politico picks up the tale:

But a curious thing happened at the time: Secret Service agents approached the owner of the store where Hunter bought the gun and asked to take the paperwork involving the sale, according to two people, one of whom has firsthand knowledge of the episode and the other was briefed by a Secret Service agent after the fact.

The gun store owner refused to supply the paperwork, suspecting that the Secret Service officers wanted to hide Hunter’s ownership of the missing gun in case it were to be involved in a crime, the two people said.

The Secret Service says it has no record of any agents investigating the incident. And with the new story about Chateau Marmont, the Secret Service emphasizes the agent involved was retired.

How many tax dollars and Secret Service man-hours were spent covering up Hunter’s crimes? Especially since in 2018 he wasn’t supposed to be receiving any protection. How much else is out there? How much did Joe Biden know?

More crucially, how much do our enemies know about what Joe Biden knows?

Stream contributor Dwight Longenecker is back with an insightful “Why It’s Going to Rain on the Pride Parade.”

Did you catch up on your Z’s from yesterday? Specifically, John Zmirak’s provocative (but I repeat myself) “I Support ‘White Man Demands’ And So Should Everyone, Whatever His Race.”