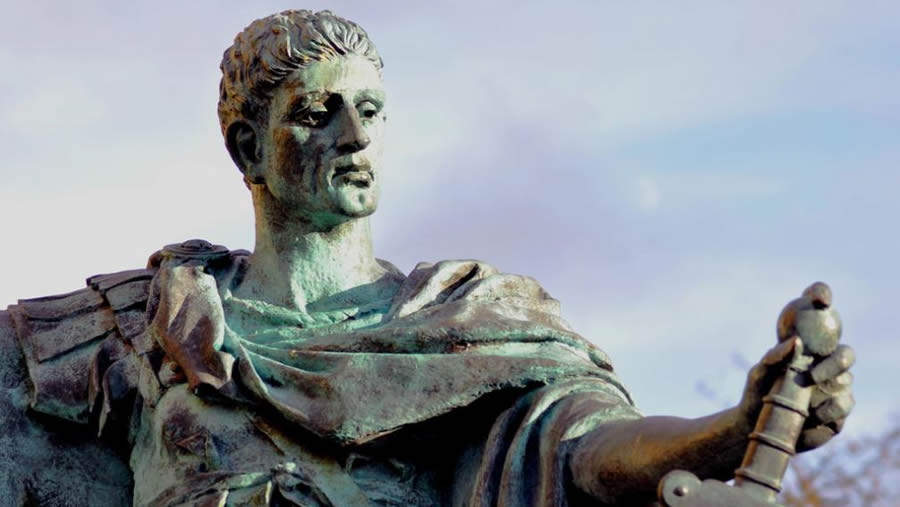 Leftist TV commentator Joy Reid went on Twitter to dismiss one conservative critic’s calls for her to debate him as “White Man Demands.” All through the George Floyd riots, supporters of Critical Race Theory (Marxism in blackface) waved off the property rights of those who got looted as irrelevant, “white people problems.” The Smithsonian last year attacked punctuality, professionalism, ambition, and monogamy as outmoded aspects of “white culture.” Black Lives Matter tried to define the “nuclear family” as a white institution black folks don’t need — since their kids can be raised “by the community.” (Do they mean the Bloods or the Crips, by the way? I wish they were more specific.)

I support all these good, allegedly “white” things. Is that just because I’m a white man? It’s possible, but I don’t think so. The black Christians I know support the same good things. Maybe they’re just the white man’s dupes, as the Marxist minstrels might suggest. They are “white-identified minorities,” “Oreos” or “Uncle Toms.”

Putting the Natural Law in White-Face

But turn to black Christians in Africa. They too want secure property rights (the lack of which impoverishes billions worldwide, by the way). They too want workers to show up on time, do their jobs without making things personal, and strive to accomplish their goals. African women prefer monogamy (though they don’t always get it) for obvious human reasons. Women worldwide prefer the help of a loving husband to handouts from the “community.”

In fact, you don’t need to be white, male, American, or even Christian to support such universal values — which by the way include “rational, open debate,” of the kind Joy Reid thinks only White Men Demand. It seems to me that only one force on earth would oppose the list of Very Good Things that CRT types want us to label as “white” and hate. The Enemy not of white man but of mankind.

He believes in equality, since he hates us all the same.

Red or yellow, black or white,
We are targets in his sights.
Satan hates the wretched humans
Of the world.

Can we get the kids to sing that?

The Road to Hell Is Paved with Whatever Comes in Handy

Since he resents our very existence and wants to drag us all to Hell, Satan can’t be choosy about his methods. He isn’t fussy about how we get there. We can be damned for hating people of other races, and loving only our own. Or for hating people of our own race, and loving only others. There’s not a bit of difference between those things. Black people who hate whites will fall on the same conveyor belt to the same flames and undying worms as white people who hate blacks, and whites who hate themselves.

I think the flames might burn especially hot for white folks who make an exception for themselves and their upper-class “allies,” and save their hate for whites a little lower on the economic or educational scale. There are degrees in Hell as well as in Heaven, if you give Dante any credence. But I could be wrong.

The Enemy We Must NOT Love

Black people aren’t my enemies. Looters, criminals, and terrorists aren’t my enemies, so much as his employees, his recruits and his henchmen. Joy Reid isn’t even my enemy, just his pitiful, gibbering dupe. I have only one ultimate enemy, and so do you. We ought to unite against him, not squabble with each other.

Like literally every other white person I’ve talked to about this, I feel a mounting temptation to respond to the wave of anti-white hatred masquerading as justice talk by saying “Screw you people, then! We should just look out for our own.” If things get bad enough, at some point that might be justified — which would tell us America’s over, just as surely as the former Yugoslavia is over. When white folks decide that, en masse (as they will pretty soon if the hate campaign doesn’t end), you know who comes out as the winner? In this world, Communist China. In the next world, that regime’s biggest booster, the Enemy.

Vulgar Idiocy in Any Color

We ought to be very reluctant to hand our Enemy such a win. If we fall into his trap, and needlessly embrace the evil of hateful identity politics, we are serving him, just as surely as if we’d joined up with Antifa. I don’t want to serve the same infernal spirit who stands behind Black Lives Matter, Antifa, the Nation of Islam, Planned Parenthood, the Chinese Communist Party, and today’s Democratic Party. But that’s what I’d be doing.

And count on it, even in a purely earthly sense, when whites embrace the vulgar idiocy of identity politics (and yes, it’s vulgar idiocy when other races engage in it too), they’re helping the left to win. Because white identity politics buys into the lie that the left is selling — that the good things of civilization are accidental side effects of white skin, instead of the hard-won rewards for obeying the Natural Law that God carved on all our hearts, which are all colored exactly the same.

The left wants non-whites to avoid those virtues. Why? Not because they are “white” but because they are virtues, and as such offend our Enemy, their Master. He wants all of us to avoid every virtue, embrace every vice, on whatever pretext he can. He hopes to leave non-whites with no choice but to join with the leftists who want to destroy America, the Church, and the family. When whites buy into the lie of identity politics, that endangers their own souls. It also recruits people for the radical left, for BLM and the Black Hebrew Israelites. It pries people out of churches and gets them out looting on the streets. Who benefits from that?

Nobody but the Enemy.