Pastor Popped for Taking a Potty Break on January 6, POTUS Gets Reaaaaaallly Peculiar ... Plus our Friday Fun Quiz 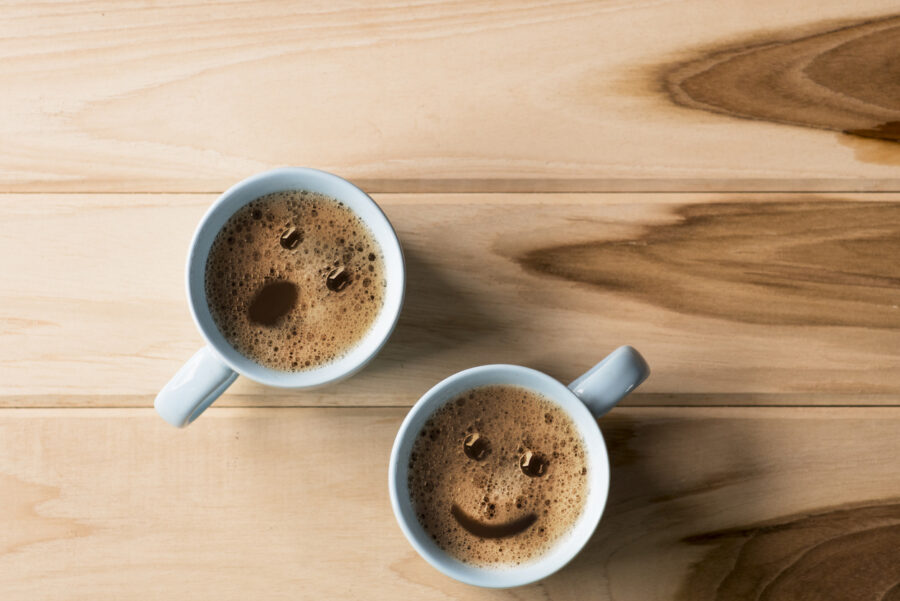 We’re closing the week with a brew chock full of flavor.

Friday Fun Quiz: Who is?

We’ll tell you who Cusick is right now.

73-year-old pastor and Purple Heart Vietnam Vet James Cusick was taken from his home in handcuffs Thursday morning. His son Casey was also arrested. Their crime? They were in the Capitol January 6. Neither is even being accused at this point of committing any vandalism or violence. In fact, Stacey tells Gateway Pundit.

When [her father] was standing there in the Capitol, the police or guards, not sure which they were, were talking to him and being kind. They showed him where the bathrooms were. Nobody was telling them to get out. There was never any type of warning that they were breaking the law.

According to Gateway Pundit, the search warrant says feds were looking particularly for a red hat that read “Trump” on the front. Alas, that is Pastor Cusick’s real crime.

And we all know it.

Harris Heads to Border, Gets Roasted by L.A. Times

Kamala Harris heading to the border today … well, at least El Paso. Which, as Democratic Rep. Henry Cuellar noted, is a “politically safe trip” eight hundred miles from the crisis epicenter in the Rio Grande Valley sector. (Hey, Kamala. Remember that article that reported you hate being called “cautious”? Eight hundred miles from the trouble you’re assigned to handle is the very definition of cautious.)

The trip may be uncomfortable though. Imagine sitting on Air Force Two with a new knife in your back. Five months ago, the L.A. Times was gushing over Harris like pre-teen girls over K-Pop boy bands. But in an article Wednesday, the L.A. Times was clearly gunning for Harris. It’s titled “Essential Politics: Failure of elections bill shows limits of Kamala Harris’ influence.” The article paints the VP as weak, ineffective, and responsible for the massive election overhaul bill going down in flames. And just as with the border, AWOL.

Sure. She does seem to be all those things. But to have a major liberal newspaper go after her in such harsh fashion? Curious. Especially, since two weeks ago, CNN ran a tag-team of White House-sourced hit pieces on Harris over her failed performance on her first foreign trip.

Why the concerted effort to make Harris look bad?

Just wondering, but you ever read Section 4 of the 25th Amendment?

When POTUS is incapable of caring out his duties, but is unwilling or unable to relinquish his duties, the VP has the prime responsibility for triggering the 25th Amendment. What if you’re the one or ones really running things for Joe Biden and you don’t want to give up your power? Don’t you do whatever you can to weaken Harris, so if she tries to exercise her constitutional duty, she’ll have no support?

But Al, why do you need to bring up the 25th Amendment?

Because this, from Thursday’s announcement of a bipartisan infrastructure deal … (drops to a whisper) … is just plain creepy.

Be honest, you “80 million Biden voters”: If somebody talked like that to you in a park, you’d flee and find the nearest cop.

And that comes on top of Wednesday’s bit of weirdness.

Joe Biden’s being hammered for comments Wednesday that, best anyone can translate, seem to suggest there’s no point protesting the US government since it has F15s and nukes. That Americans should give up their guns because that’s not enough to overthrow the government anyway.

BIDEN: "Those who say the blood of Patriots, you know, and all the stuff about how we’re gonna have to move against the government.”

"If you think you need to have weapons to take on the government, you need F-15s and maybe some nuclear weapons."pic.twitter.com/WVHUffpphP

(Just wondering: Is that closed-captioning for the deaf or a rough translation of what Biden’s trying to say?)

On how many levels is this scary?

This is the same Joe Biden who is claiming unarmed citizens let into the Capitol came thiiiiiiiiiiiiiiis close to toppling democracy. Or as Michael Malice put it on Twitter: “Five minutes ago the government was almost overthrown by a bunch of unarmed dudes led by a viking hat.”

five minutes ago the government was almost overthrown by a bunch of unarmed dudes led by a viking hat https://t.co/lBQYHECtF3

The Good News: The Biden Administration is planning to evacuate Afghan interpreters, contractors to safe places before US troops withdrawal.

The Bad News: If “safe” is the goal, forget about bringing them to our blue state big cities.

A day after Britney Spears had her much ballyhooed conservatorship hearing, Rep. Matt Gaetz declared “Free Britney,” and called for hearings on conservatorship abuse … with the singer as the first witness.

Those gunning for Gaetz will have a field day with the Florida Rep. being the one to summon a Disney teen princess turned pop sex kitten to Congress.

Friday Fun Quiz: Who is?

1. Who is Kuinini ‘Nini’ Manumua? Nini is the female New Zealand weightlifter who would have qualified to go to the Toyko Olympics, had biological male Laurel Hubbard been not allowed to compete as a woman. This would have been the 21-year-old’s first Olympics.

This is Kuinini ‘Nini’ Manumua, the woman who was ultimately displaced by inclusion of Laurel Hubbard.

She’s 21, and it would have been her first Olympics. pic.twitter.com/l8RH0q0njz

2. Who is John Tigges? Tigges is the Loudon County, Va. resident who got arrested this week at a meeting of the CRT-loving Loudon County School Board. The Board had cut off public comment over an hour earlier than planned, after getting a mouthful from parents fed up with their kids being taught such racist, divisive garbage. As Tigges told Tucker Carlson, “If you want to redress your grievances about a school board, there’s no other place you can do it than in a school board meeting.”

3. Who is @ChrisNikic? In November 2020, Chris Nikic became the first person with Down Syndrome to compete in an Ironman competition. ESPN announced Thursday he’ll be honored with the Jimmy V Award for Perseverance at the 2021 ESPYS on July 10.

The great David Mills makes short work of a Twitter foe who called pro-lifers “antiquated.” “The Pro-Choicer Says We’re Dumb and, Get This, ‘Antiquated’, When We’re the Modern Ones.”

Have you caught up on your Z’s from yesterday? John Zmirak offered a powerful, even shocking (when you get to the end) column, “This Isn’t Your Father’s America. More Like His North Vietnam”?