HCQ Study a Stunner, Another Orange Man Bad Myth Exploded, and Somebody at the White House is Sandbagging Kamala Harris. (Update: Maybe we know who.) 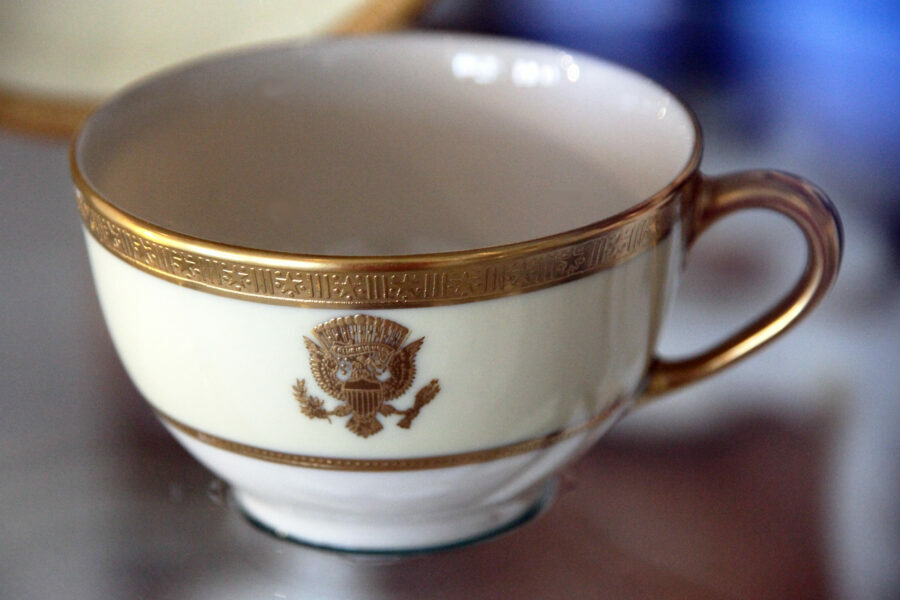 Our pot is full, but trouble is starting to brew between Team Joe and Team Kamala. We’ll get to that in a bit. But first …

Joe Biden has begun his first overseas trip as President. Biden will be attending a G7 meeting, meeting with the EU and concluding his trip in Switzerland with his first head of state meeting with Russia’s Vladimir Putin.

We pray safe travels and the advancement of the American cause.

And that includes the press plane. They endured a five-hour delay taking off, thanks to cicadas.

Upon arriving in England, Biden met with Air Force personnel, and declared the “greatest threat facing America” was global warming. No joke.

BIDEN: "This is not a joke. You what the Joint Chiefs told us the greatest threat facing America was? Global warming." pic.twitter.com/apH7RtQWft

You know there was at least one airman thinking, “So what am I doing here, stuck eating bad food and drinking warm beer?”

Seriously, and for the record, no Air Force plane has ever been shot down by a carbon emission.

Was Trump Right and Media Wrong About HCQ?

You know how some members of the media are finally confessing they dismissed the Wuhan Lab Leak Theory simply because Donald Trump had suggested it?

Are similar confessions soon in order about hydroxychloroquine? Early in the pandemic, Trump suggested the cheap and long-approved drug showed promise in treating COVID. You would have thought he was telling Americans to drink cyanide. Democratic leaders, media and allies in the medical community bombarded HCQ like it was ISIS in a pill.

Well, researchers at the Smith Center for Infectious Diseases and Urban Heath have studied 255 ventilated patients from the first two months of the pandemic and made a startling discovery:

“We found that when the cumulative doses of two drugs, HCQ and AZM, were above a certain level, patients had a survival rate 2.9 times the other patients.”

In other words, the use of weight-adjusted HCQ and Azithromycin (AZM) improved the survival of ventilated COVID-19 patients by nearly 200 percent.

The study is posted by MedRxiv. Some crank site? Nope. A site co-founded by Yale for the archiving and distributing complete but unpublished manuscripts (what they call “preprints.”) It has not yet been peer-reviewed. Hopefully now that the Wuhan Lab Leak Theory has been freed from its shackles, science … not politics … will guide whether this research will be taken seriously.

Still, we are left with a harrowing question: If this study proves correct, how many thousands — even tens of thousands — of lives might have been saved but for Trump Derangement Syndrome?

My First Law of Snake News: “Any story that has the media hyperventilating about Trump will be proven false … usually within 24 hours.” This one took a year.

Remember how the media insisted the National Park Service cleared Lafayette Square of BLM protesters just so Trump could have a “photo op” at St. John’s Church? (You know, the “Church of Presidents” that the “mostly peaceful” protesters tried to burn down?)

An Interior Department Inspector General report out Wednesday finds that story is absolutely, positively false. That area next to the White House was cleared out so a protective fence could be built.

The protection was needed because of BLM/Antifa’s rampant violence and property destruction the previous days. Violence that injured 49 Park Police officers. Violence that included efforts to breach the White House fence. (Funny, Nancy Pelosi doesn’t call a bunch of violent anti-American anarchists and Marxists attacking the home of the U.S. President an “insurrection.”)

Oh, the report also dispels another myth. The Park Service didn’t fire any tear gas. That was the work of the D.C. Police, much to the surprise of the Feds.

Former President Trump thanked the IG for “exonerating” him.

Hunter Biden and the N-Word

Imagine, if you will, texts emerging showing Don Jr. freely using the n-word in exchanges with his white lawyer. The steam coming out of CNN’s ears would melt steel. BLM would turn Trump Tower into a war zone. Hollywood celebrities would cut a PSA about it, a tear dripping down Bette Midler’s cheek.

But when you’re Hunter Biden and you banter the n-word around like you’re Snoop Dogg, yawn.

Even when the revelations from Hunter’s laptop come just days after Joe Biden blasted the U.S. for its racism. The Daily Mail released the texts and photos, including a meme of a photo of Joe and Barack Obama with a supposedly funny caption that I dare not repeat.

Sure. None of the exchanges appear to be malicious.

Sure. Unlike his business dealings involving his father, which prove the family profited from Joe’s government positions and leave Biden compromised by the likes of China, these texts don’t affect you and me. “Hunter’s not elected,” the defenders say.

However, the story demonstrates media hypocrisy perfectly. It shows the lengths the media will go to avoid covering anything to do with Hunter’s laptop, lest anyone start analyzing the political corruption stored there.

And yeah, it further demonstrates that all the talking head blather about “whiteness” and “white privilege” and “systemic racism” has nothing to do with race … and everything to do with power.

Hunter Biden can use the n-word like he’s a gangsta rapper because he’s on the correct side of the political line. Outkick’s article about the media avoiding the story lists those who were not so lucky.

On the plus side, at least Hunter’s not befriending old Klansmen like his old man did.

Are Biden Peeps Already Pushing Kamala Under the Presidential Limousine?

So CNN posted a column Wednesday that smacked Kamala Harris around pretty bad, and aired a report where White House sources told CNN they were “confused” and “perplexed” by @VP’s performance on her first foreign trip.

Odd, huh, for the White House to undermine Harris and for the DNC subsidiary CNN to knock Harris like they were OAN.

Then you see a Politico story from Monday. They reported Joe Biden’s “resolve to run in 2024 has grown.” Biden allies tell Politico Biden believes that he is the Democrat best equipped to take on Trump, even though he’ll be over 80 years old. And that Trump’s grip on Republicans may be enough motivation to run. (“Run” figuratively, of course. The more accurate term is “stay in his basement and let ballot stuffing take care of the rest.”)

Here’s a question to percolate on: Are Biden’s people ragging on Harris to torpedo the idea she’s the de facto 2024 nominee? And the follow up: Will Harris’ people retaliate? How?

And you think the British royals have palace intrigue.

Update: I wonder who would be fighting Harris for control of the West Wing? I have absolutely no idea. None whatsoever.

In The Stream Today

If you missed it yesterday, check out Tom Gilson’s thoughtful and amusing, “Ah, Atheism: Your Falsehoods Never Fade.”

And from the great David Mills, perhaps the most fun you have all day: “How to Defeat Dumb Pro-Choice Memes”.