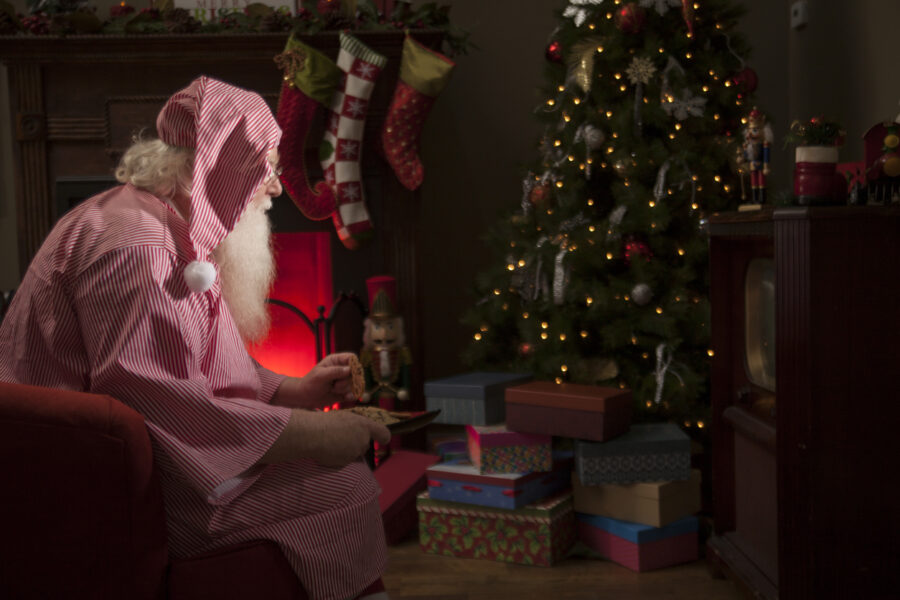 Just 12 days to Christmas, so today’s Brew has a bit of peppermint bark. And a chunk of cable news news.

Longtime Fox News Sunday host Chris Wallace is calling it quits. (Wait for cheers to subside.) Wallace made the announcement at the end of yesterday’s broadcast, calling his 18 years a “great ride.”

The anchor hinted he’s got something else in the works. “I want to try something new, to go beyond politics to all the things I’m interested in. I’m ready for a new adventure. And I hope you’ll check it out. And so — for the last time, dear friends — that’s it for today.”

Sunday afternoon, CNN announced Wallace will be hosting a daily show on the CNN+ streaming site that is scheduled to launch in 2022.

“I am thrilled to join CNN+,” Wallace said. “After decades in broadcast and cable news, I am excited to explore the world of streaming. I look forward to the new freedom and flexibility streaming affords in interviewing major figures across the news landscape — and finding new ways to tell stories.”

Nobody is shocked that Wallace went to CNN. He’s spent the past couple years during a fair impression of a biased CNN host.

Wallace raised the ire of Trump supporters when he actively assisted Joe Biden during a 2020 debate, including blocking discussion of Hunter Biden’s laptop and the evidence Joe lied about his Chinese business connections. Wallace further raised eyebrows when he called Biden’s inauguration address, “The best inauguration address I’ve ever heard.”

So who will replace Wallace? Il Donaldo Trump had a pretty good idea:

According to the New York Post, Chris Cuomo reached out to Gov. Cuomo’s aide Melissa DeRosa via text, asking how he could go after “This Fox weather b***h … any help painting her as a right-wing crazy?”

The NY Post adds it is believed Cuomo also participated in meetings with his brother’s staffers on how to target Dean for her political leanings.

Meanwhile, CNN’s fortunes grew even darker and more perverse over the weekend.

CNN senior producer John Griffin has been charged with grooming young girls for sex. According to the indictment, Griffin would entice the parents of young girls to let him train the girls to be sexually submissive. In one case, Griffin allegedly paid $3000 to flay a mother and her 9-year old to Boston. The DOJ statement says that “At the house, the daughter was directed to engage in, and did engage in, unlawful sexual activity.”

CNN has suspended Griffin, pending an investigation. He’d been a producer with the network for eight years. He worked on the morning program A New Day, where Chris Cuomo used to toil before his move to prime time.

CNN host Don Lemon is being sued by a man who claims he sexually assaulted him in a New York bar. But he’s in even more hot water. Jussie Smollett testified under oath that Lemon gave him a heads up the Chicago police were onto his hoax hate crime. The Hill’s media critic Joe Concha said this was a “serious” matter, and tweeted that CNN “needed to now publicly address this.”

More activism by an “anchor” at CNN. The network needs to now address this publicly as well. These texts from Lemon to Smollett came during an active high-profile investigation. CNN mum thus far. https://t.co/2sWSMeM5bD

A Tuna Sandwich Was Their First Clue Smollett Was Lying

All I want for Christmas is an apology from those who pretended to buy Jussie Smollett’s anti-MAGA hoax. The guilty verdict came down Thursday night, but still no apology on the Smollett guilty verdict from his pal Kamala Harris or Joe Biden … or Michelle Obama, whose aide called up Chicago prosecutor Kim Foxx on Smollett’s behalf.

He comes back and gets attacked in a hate crime, supposed hate crime, and during all this scuffle – they poured bleach on him and all of this — when he got up and went into his apartment building he still had that Subway sandwich with him. That doesn’t happen.

Johnson also said he wouldn’t have arrested Smollett if the actor had simply apologized. Instead, according to a Chicago Tribune story from January 2020, Smollett tried to get dirt on Johnson.

Consumer prices were up 6.8% in November over last year, the highest inflation burst since 1982. 1982 … when ET was in the theaters, Olivia Newton-John was getting “Physical” and JR Ewing still ruled Dallas.

And Donald Trump was still five years away from writing The Art of the Deal.

Did you see this headline from the Daily Caller News Foundation? “DHS Asks The Public How to Prevent Migrant Family Separations”

We cannot say goodbye today without a tip of the wool cap to musician Michael Nesmith, who passed away Friday at the age of 78. Nesmith is best known as a member of the 60s pop and TV sensation The Monkees. He was the tall guitar player with the wool cap and Texas twang. (Monkees trivia: His mother invented Liquid Paper.)

Yet, Nesmith’s influence on music and television stretches far beyond the Monkees. As a songwriter he wrote the Linda Ronstadt classic “Different Drum”, which became the singing legend’s first hit.

About a decade later, Nesmith filmed a clever video for a solo song called “Rio.” The video helped “Rio” become a minor hit overseas. Rolling Stone picks up the story:

It gave him an incredible idea. “[I realized that] radio is to records as television is to video,” he told Rolling Stone in 2013. “Then it was like, ‘Of course!’ and thus MTV was born. I just took that idea and put together some programs and sent it over to Warner Bros. and so forth. Next thing you know, there it was.”

Over the past few decades, Nesmith had taken part in assorted Monkee reunion tours. In fact, a frail Nesmith and remaining surviving member Micky Dolenz completed the Monkee’s Farewell Tour less than one month ago.

“I’m heartbroken. I’ve lost a dear friend and partner,” Dolenz wrote on Instagram. “I’m so grateful that we could spend the last couple of months together doing what we loved best — singing, laughing, and doing shtick. I’ll miss it all so much. Especially the shtick. Rest in peace, Nez. … All my love, Micky.”

Kick-starting our week, here are the Monkees with their most enduring hit, “I’m a Believer.”

Or if you’re in a holiday mood, how about an a cappella version of a beautiful 500-year old Spanish Christmas carol called “Riu Chiu”?

John Zmirak has a shocking expose from Students for Life America. “Is Your Christian School in the Hot Tub With Planned Parenthood?”