The Morning Brew: Calls for Biden Resignation Grow as America Grieves and Steams 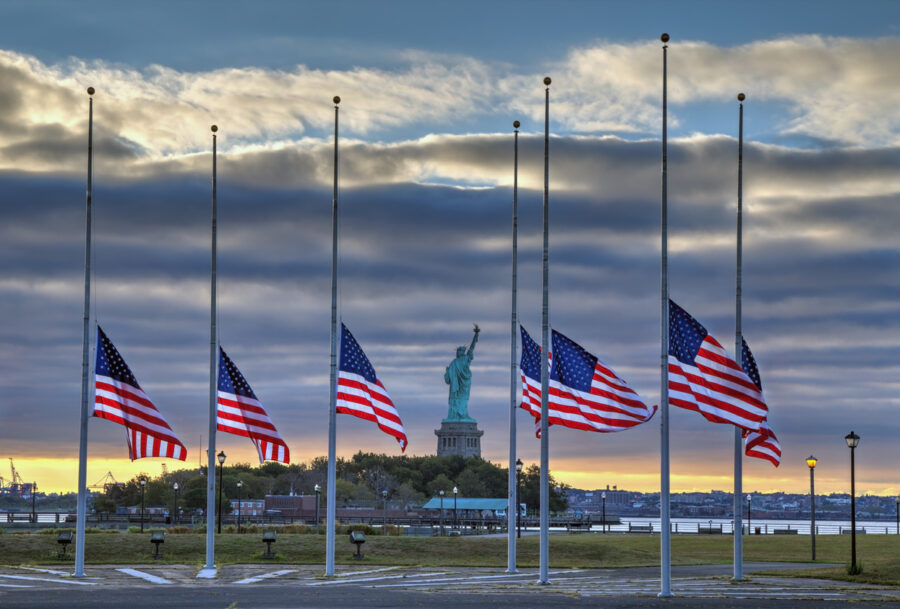 But the sun rose this morning, God is in His heaven, and so we soldier on.

Americans had to wait all day and toward the evening before Joe Biden said anything about yesterday’s bombings in Kabul. I half expected him to dismiss the attacks. “That was 10 hours ago!”

Instead it was back to the “we inherited a situation” business. And a threat to “anyone who wishes American harm” so hollow you can fill it with marshmallow cream. Said Joe:

“Joe, you didn’t even make us pay for the $80 billion worth of military equipment.”

Biden said he’s ordered his military commanders “to develop operational plans to strike ISIS-K assets, leadership and facilities.” Uh. Not to ask the obvious. But you knew ISIS was there. Why didn’t you already have plans and why haven’t they already been executed?

And the next obvious question: Are these the same military commanders in charge of the withdrawal?

How not in charge is Biden? He began the Q&A part of his remarks by saying, “The first person I was instructed to call on was … “

So Much For Knocking on Wood, Joe

“No one is being killed right now,” Joe Biden said the other day. “Knock on wood.” Who would have thunk it? Proper planning and execution beat superstition.

On Wednesday, Politico reported the White House was pushing the media to give them credit for the number of people evacuated. You can’t have two hands on the wheel if you’re busy patting yourself on the back. And this White House just drove Americans over the cliff.

Biden is fond of returning to his home state of Delaware. Will he return to Delaware to greet the bodies of the Marines killed yesterday? Or will he turn his back on them. How can he possibly face their families?

And will he face the music? Or will the media hordes and political hucksters who installed him in the White House do their best to change the national tune?

Certainly, the administration changed its tune about Americans in Afghanistan. I’m old enough to remember when Biden and Jen Psaki were insisting any American who wanted to get out would get out. Now? The administration is basically saying “Tough toenails. They should have gotten out months ago.”

Top U.S. diplomat says the State Department put out repeated warnings every three weeks to Americans in Afghanistan telling them to leave since April: “People chose not to leave. That's their business," Ross Wilson said. pic.twitter.com/hr5HlLxA0F

I know I didn’t go to Harvard, but I’m pretty sure April comes before July. And in July, Biden was insisting the Taliban wasn’t going to be overrunning the country.

Just When You Thought These People Couldn’t Be More Imbecilic: U.S. Officials Gave Taliban a List of Americans and Afghan Allies We Wanted to Evacuate

Maybe we’re being too hard on Joe. It’s not like he gave the Taliban a list of Americans and Afghan allies we wanted to get out of the country. Actually, according to Politico, U.S. officials did exactly that. Yep. They did. To the behind-the-scenes outrage of lawmakers and military officials.

As one defense department official put it, “Basically, they just put all those Afghans on a kill list.”

“Hey, Ted Bundy! Here’s the keys to the sorority!”

This is the same Biden Administration that’s launched a deep dive into the politics of U.S. service members, and forcing them all into racial sensitivity seminars. Meaning, they literally trust the Taliban more than they do our troops.

Should we be all that surprised at what’s happened in Afghanistan? No. Several of the key players in the White House were behind the debacle in Libya and the Benghazi terrorist attack. They were not only not held to account, they were promoted. See “The Direct Line from Benghazi to Kabul: Lack of Consequence Leads to Loss of Life.”

Who attacked us in Benghazi? People we armed. People we had trusted with our security.

Calls for Joe Biden to step down or be forced out grew loud after Thursday’s suicide attacks. The biggest voice in the bunch is former UN Ambassador and SC governor Nikki Haley.

Should Biden step down or be removed for his handling of Afghanistan? Yes. But that would leave us with Kamala Harris which would be ten times worse. God help us. #ItDidntHaveToBeThisWay #GodBlessOurTroops #AfghanistanDisaster

But where are the Democrats? Speaker of the House Nancy Pelosi high-tailed it 3,000 miles to California to enjoy Women’s Equality Day. Yeah, that’s what she spent the day tweeting about as the death toll rose.

No tweets at all from Kamala Harris as of last evening. I understand. Managing to type 140 characters during 21 hours in the air flying back from Vietnam would be difficult.

If Harris could manage to tweet her support of Jussie Smollett within hours of his faux hate crime, she could manage a tweet about our fallen heroes.

President Trump Reacts: “This Tragedy Should Never Have Been Allowed to Happen … ”

Show of hands. You ready to forgive the petulant tweets?

Melania and I send our deepest condolences to the families of our brilliant and brave Service Members whose duty to the U.S.A. meant so much to them. Our thoughts are also with the families of the innocent civilians who died today in the savage Kabul attack.

This tragedy should never have been allowed to happen, which makes our grief even deeper and more difficult to understand.

May God Bless the U.S.A.

The Stream asks Johannes de Jong, who specializes in promoting religious freedom in the Islamic world, “Sobering Questions About the Afghan Debacle.”

Stream Contributor Joseph D’Hippolito looks at China’s ties with Afghanistan and Biden’s ties with China, and exposes a frightening possibility. “Incompetent? Or is He Compromised?: Biden Opens Door Wide for China in Afghanistan.”

Have a safe weekend, and continued prayers for the families of those lost, those still in harm’s way, and our nation.