Plus, a shameless plug to join us on Gettr! 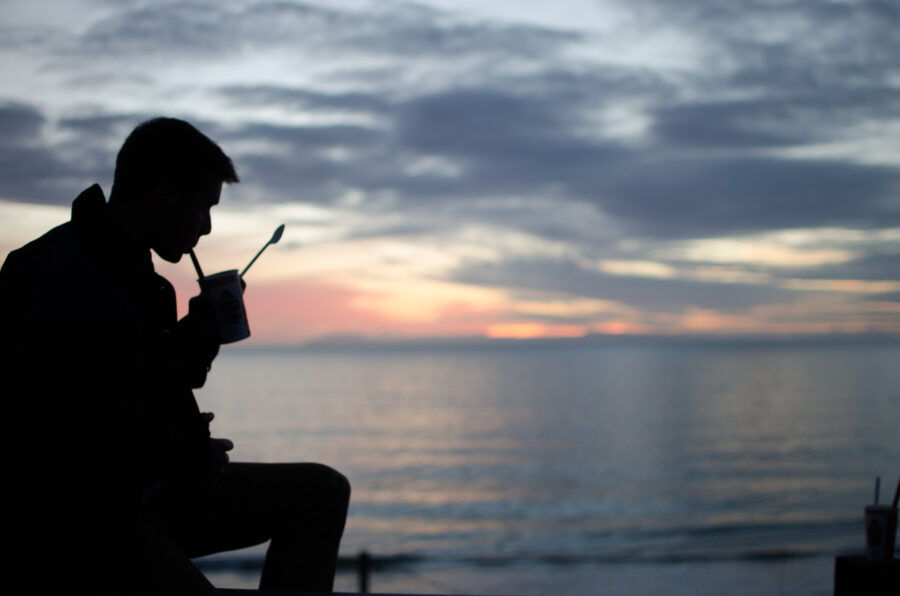 But before we get to the recall …

Have you shared the Morning Brew with friends on your social media? Get them to join our merry band of Funky Brew-sters?

Have you followed me at @StreamingAl at Gettr, Gab, and Parler? (Twitter still thinks I’m more dangerous than the Taliban.)

For that matter, did you know The Stream is now on Gettr at @TheStream? Why not give us a follow?

Given Big Tech’s efforts to thwart voices like ours, the more presence we have on other platforms, the more inoculated we are against those efforts. It’s one of the best ways you can help sink the censorship.

Meanwhile, if you missed our special Afternoon Brew yesterday, here it is: “Mandate Silliness, McGowan’s Elder Endorsement … and a Bit of Midday Fun.”

Californians finish going to the polls today in the state’s recall election. The question isn’t whether voters will vote to recall Gov. Gavin Newsom. The question is whether we’ll ever know the real tally.

Dave Rubin reported an oddity at his polling station.

Some crazy stuff happening with LA voting. At my polling place a staffer told one of my employees that the electronic machines don’t count votes, just register that you voted. The staff count themselves. Are there cameras? Any system to verify and match? pic.twitter.com/J4c9p3OtLB

And how corrupt are the California registration rolls? One example of likely millions: Ashi Babbitt, who was killed on January 6, got a ballot … as did two other people who no longer live at that address.

Three California ballots were mailed to Ashli Babbitt's address: Ashli (deceased) and two other people don't live at her address.

And who can forget the guy found with stack upon stack of ballots in his car. Or the women caught on surveillance camera using a postal service key to open wide the mailboxes at an apartment complex and walk off with the ballots?

This thing already stinks like the sidewalks of downtown San Francisco.

That said, today could be interesting. The San Francisco Chronicle has a county-by-county breakdown of who’s been turning in recall ballots. A little under 30%, all told, as of September 7.

Will GOP voters turn out in person? (Which historically is the case.) Counties with heavy Latino populations have a lower-than-average return rate for ballots. What happens if Latino vote doesn’t come out for the Democrat Newsom?

Still, the Chronicle will tell you that Newsom has this in the bag. They report final polls are showing Newsom surviving the first question. (“Shall Gavin Newsom be recalled?”)

But can the polls be trusted? With ballots being sent out to every registered voter, and California registration role being what they are, can the mail-in ballot count be trusted?

How scared are they that the recall could succeed and black conservative Larry Elder would be the next Governor of California? A commentator on CNN Monday declared Elder a “white supremacist.” Oh, she said he had a “white supremacist world view,” but c’mon.

The best they’ve got is to call a black man who stepped off their plantation an Uncle Tom. All to protect a rich, arrogant, incompetent, entitled white guy who’s run a once-glorious state into the ground.

For six years, Alan McLaughlin was a U.S. Army Special Forces combat vet. An honored one at that. A life saver. A military hero. And for that McLaughlin should be thanked.

However, McLaughlin now goes by Alana and over the weekend pounded a female fighter into submission in a MMA bout.

McLaughlin was cleared to fight by the Florida State Boxing Commission, after receiving enough hormone treatments to reach minimum required levels. (McLaughlin “transitioned” about 5 years ago.) Still, although Celine Provost was the more skilled fighter, McLaughlin’s strength overwhelmed her. Got her in the second round with a “rear naked choke.”

A fair fight? (Go ask the editors of feministcurrent.com.)

While Joe Biden was in Pennsylvania Saturday, he posed with a group of children. All in Trump gear. We can joke that Biden wasn’t cognizant enough to notice. We can certainly chuckle at the image. Trump himself couldn’t let the photo pass, commenting “These kids tricked Biden just like the Taliban did!”

But let’s stick with the idea it was 9/11 and on that day all Americans are one. That’s what Jana Musser, one of the mothers of the kids, said in her Facebook post: “We may not always see eye to eye, but we can all come together to be United!”

An absolute must. Christian author and apologist Corey Miller on his surprise friendship and partnership with liberal atheist philosopher Peter Boghossian. Boghossian resigned last week from Portland State University, declaring the university was no longer about the pursuit of truth, but about the pushing of ideology.  “My Arch Enemy Who Became My Friend for the Sake of Freedom of Thought”.

We’ve got a double dose from the doctor. Dr. Michael Brown, that is.

First, a bit of inspiration with “No, It Is Not Cognitive Dissonance to Proclaim That God is Good When Things Go Bad”.

And second, a really fun one. Did you know Dr. Michael Brown is stinkin’ rich, dead and married to a dude? “What? I’m Very Rich? A Reminder That You Can’t Believe Everything You Read on Line.”