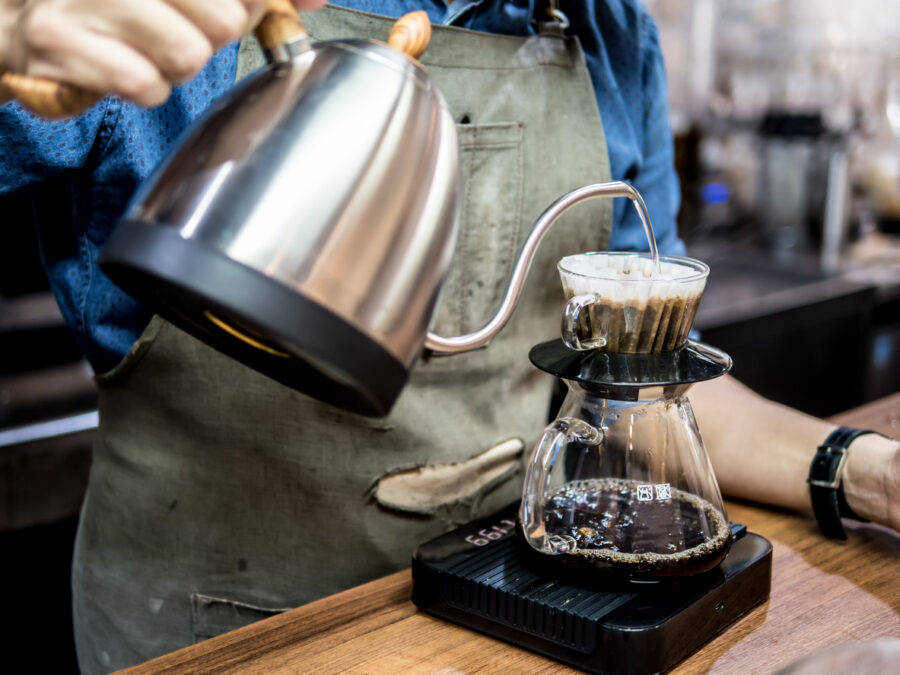 We’ve got our Brew, but it’s Biden in hot water.

Joe Biden decided Tuesday that he’s sticking with his August 31 date to get all U.S. military out of Afghanistan. In fact, the final withdrawal is already underway, according to reports.

This despite widespread belief not all Americans will be able to get out. Even Rep. Adam Schiff is calling it “highly unlikely.” It’s not just Americans who may be stuck. Our NATO allies even told Biden today that without the U.S. troops around, their own evacuation efforts will be forced to cease. (New reports suggest the Taliban has already overtaken UN compounds.)

According to the Associated Press, Biden’s decision did factor in the fact that not all Americans and our allies will be able to get out in time. Let that sink in. The President of the United States is okay with leaving our people behind. Because of an artificial date he imposed. Despite it looking like we are bowing to the Taliban.

Biden’s decision came one day after the Taliban declared it won’t accept an extension, calling it a “red line.” Also a day after CIA Director William Burns met secretly with Afghan leader Abdul Ghani Baradar. Some secret. You could hear Baradar laughing in Burns’ face all the way to Beijing.

.@GOPLeader: "We should stay until every single American is able to get out of Afghanistan… We should not negotiate it. We should explain that this is what is going to happen and anybody in our way to stop us from bringing Americans out will be in danger." pic.twitter.com/OLUdrAKJRx

I wonder. Where’s John Kerry, Biden’s ‘Climate Czar’?  Fifty years ago, during Vietnam War, Kerry famously uttered, “How do you ask a man to be the last man to die for a mistake?”

The question he should be asking today is, “Hey, Joe. Why did you ask so many to die for your mistake?”

White House Demands an Apology … From a Fox News Host. You Can’t Imagine Why.

You’d think the White House would be a little busy right now. You know, with trying to save the lives of Americans and all the Afghans who risked their lives to help us as the sand runs out in Afghanistan. But no, the White House has found time to demand an apology from Rachel Campos-Duffy of Fox News.

Rachel’s great crime? Saying on Sunday’s Fox & Friends that Jill Biden “failed the country” by letting Biden run for president when he was clearly “mentally frail.”

When you look at what’s hurting America, when you look at this lack of leadership, and you wonder who is responsible for putting someone this incompetent and frankly this mentally frail in this position?

As a political spouse, I can’t help but look at Jill Biden.

Campos-Duffy is married to former Wisconsin Rep. Sean Duffy. Rachel said it would have been Jill Biden’s “patriotic duty” to tell her husband he wasn’t fit to run.

Jill Biden’s spokesman Michael La Rosa wasn’t happy, tweeting: “This is disgusting. @RCamposDuffy and @FoxNews know better. They can do better and their viewers deserve better. I hope they’ll apologize to the First Lady and leave this kind of talk in the [trash] where it belongs.

Sure, NOW They Take Back Cuomo’s Emmy

The folks who give out Emmy Awards announced Tuesday they are taking back the drool-soaked Emmy given Andrew Cuomo just last year. Cuomo was handed the International Emmy Founders Award “for effective communication and leadership during the COVID-19 pandemic”… even as the evidence emerged he had stuck COVID patients in nursing homes. And lied about it. And engaged in a cover-up. Now that he’s resigned in disgrace for his serial mishandling of women, they’re taking the award back.

Our David Mills has a very insightful, timely piece out on the celebrity fawning over Cuomo. “They Even Called Themselves ‘Cuomosexuals’. Liberals Find an Excuse for Loving a Thug.” As David says, “Boy, do they feel silly now.”

A felon was found in Torrance, Calif. passed out in his car with a gun and 300 California recall election mail-in ballots? Even more shocking, authorities say it is an “isolated” incident? Amazing. Staggering. In a state of 39.5 million people, we happen to accidentally stumble upon the one guy who’s stolen hundreds of unmarked ballots.

Did we mention he also had a bunch of driver’s licenses and credit cards belonging to other people?

Gov. Gavin Newsom is in the fight for his political life in a recall election set for September 14. To help his chances, the Democrats running the state are holding the election by mail. Flooding the state in ballots, legitimate or not. (Well, it worked in 2020.)

And fraudulent ballots are already getting counted. Ask L.A. area resident Lisa Youngsworth. NBC Los Angeles reports she got two texts saying her ballot had been received. Except she hadn’t yet sent in her ballot.

He wasn’t rock’s flashiest drummer. Not by far. No wild 15 minute solos. No maniacal fills. No massive drum kits big enough to house a family of five. No Vegas weddings to Playboy pinups. No cars in the hotel swimming pool. Just a swinging beat that for nearly 60 years was the foundation for “The World’s Greatest Rock-n-Roll Band.”

Charlie Watts of the Rolling Stones passed away Tuesday at the age of 80. Earlier this month, the band announced Watts would not be touring with the Stones as he recovered from a “procedure” for an undisclosed ailment. The word at the time was Watts would be fine. But sadly, it was not to be.

Tributes to the “irreplaceable heartbeat” of the Stones poured in all day. Perhaps Joan Jett put it best, calling Watts “the most elegant and dignified drummer in rock and roll. He played exactly what was needed — no more — no less. He is one of a kind.”

Watts was unique in another way among rock-n-rollers. He remained married to his wife Shirley for 57 years.

Let’s watch the jazz-trained master at work. Here’s a great clip that puts aside the razzle and dazzle of Mick Jagger and Keith Richards, and puts you right next to Watts for the Stones classic “Jumping Jack Flash.”

Catch up on your Z’s. John Zmirak has a big and bold follow-up to Josh Charles’ Monday article. His is called “Innocent as Serpents, Wise as Doves: America’s Church Leaders and the COVID Vaccine Betrayal.”