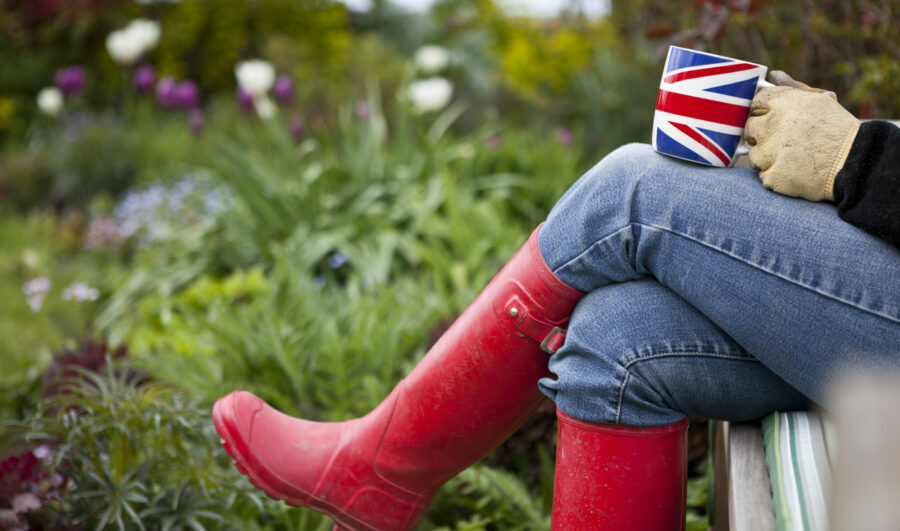 The British are not at all happy with Biden's Afghanistan withdrawal, but reports are they've been happy to help evacuate trapped Americans.

Welcome to a fresh new pot of Morning Brew!

Today’s blend on the weekend news is sad, surreal and at times silly.

In the midst of the Afghan debacle, and border crisis, and soaring inflation, here comes Henri to hit the New England coast.

One can’t help but be reminded of the classic scene from Young Frankenstein.

We pray for the safety of those in the impacted region in New England and for our first responders. And prayers also for those dealing with horrible flooding in Central Tennessee.

Let’s just say they probably should have let him have his Wilmington R&R.

However, Biden insisted again that he was in the right. (And, by extension, the rest of the planet that recognizes what a disaster this was is wrong.)

"I think that history is going to record this was the logical, rational, and right decision to make." pic.twitter.com/YMbDLmgFQx

Meanwhile, The Chaos in Afghanistan and Washington Continues

Last week, the White House insisted it had planned for every contingency in Afghanistan. What a joke. The effort to get Americans and others out of Afghanistan was so screwed up, the Pentagon is now forcing commercial airlines into emergency duty to help. DoD is activating the Civil Reserve Air Fleet for only the third time in history. Delta, American, Hawaiian and United are the airlines taking part.

On Friday, Joe Biden was insisting Americans were having no trouble getting to the airport.

On Saturday, the U.S. government was warning Americans to avoid coming to the airport.

On Friday, Biden said, “There will be plenty of time to criticize and second-guess when this operation is over but now, now, I’m focused on getting this job done.”

And then he turned around and called a lid on the day.

Biden did put off his Delaware vacation. The PR hacks at the White House then made sure to release a shot of Biden meeting with his National Security team Saturday.

“So, Gen. Milley, read any good books on ‘white rage’ lately?”  Yeah. That’s the caption that should be there.

Seriously, the fact that Biden’s still listening to these people rather than demanding their resignation boggles the mind. But perhaps Joe isn’t even in the loop.

Check out how Secretary of State Blinken on Fox News Sunday dodged the question of whether Biden knows “what’s going on.” Twice.

What does this mean!? A TOTAL dodge ⬇️

WALLACE: "Does the president not know what's going on?"

BLINKEN: "This is an incredibly emotional time for many of us." pic.twitter.com/tIHtBEBvEb

Not only does he avoid the question, he avoids speaking of Biden altogether. But he does offer a bizarre “I should be in a safe space not the situation room” answer: “It’s an incredibly emotional time”?! Twice he says it. Congratulations, Blinken. You just broke the record for earliest snowflake spotted in DC. (The record had been October 5, 1892.)

Meanwhile, Kamala Harris arrived in Singapore Sunday on the first stop of her Southeast Asia tour. Why’s she in Southeast Asia with all the crises going on in Washington? Because Elon Musk and Richard Branson didn’t have any flights scheduled off the planet.

But at least she’s serious and somber about it all.

REPORTERS: “What’s your response to reports of Americans…”

HARRIS: “Hold on. Hold on. Slow down everybody. Hahaha.”pic.twitter.com/TG2Qv3Ow6n

We were told repeatedly during the 2020 campaign that Joe Biden would restore our credibility around the world. That Trump had alienated our allies.

Alienated doesn’t describe how ticked off and betrayed our friends are feeling after Biden’s ill-timed bailing on Afghanistan left them scrambling to save their people. Former British Prime Minister Tony Blair calls Biden’s move “tragic, dangerous, unnecessary” and “imbecilic.”

In his blog on Saturday Blair said Biden’s withdrawal plan had been conducted “in a manner that seems almost designed to parade our humiliation.”

“We didn’t need to do it. We chose to do it,” he wrote. “We did it in obedience to an imbecilic political slogan about ending ‘the forever wars,’ as if our engagement in 2021 was remotely comparable to our commitment 20 or even ten years ago, and in circumstances in which troop numbers had declined to a minimum and no allied soldier had lost their life in combat for 18 months.”

Even CNN Has Been Blasting Biden

“If this isn’t failure, what does failure look like?” That was CNN’s Clarissa Ward on Friday. And CNN has continued to be critical of Biden’s epic disaster in Afghanistan. Yes, that CNN.

The only question: What will the effect of hell freezing over have on global warming?

Speaking of failure and bad planning, CNN had a massive live concert from Central Park scheduled for Saturday afternoon and evening. Unfortunately, the “We Love New York: Homecoming Show” had to be stopped partway through due to torrential rain and lightning from Henri.

The Taliban is wasting no time hunting down Christians and other religious minorities. As Joe fiddles, others are getting busy. Radio host and founder of The Blaze Glenn Beck is one such person.

Through his “Nazarene Fund,” Beck raised over $22 million in less than 72 hours to help rescue Christians trapped in Afghanistan. Here’s the link, if you feel led to help out.

I’m BLOWN AWAY by what this audience has done to help rescue persecuted Christians in Afghanistan! OVER $20 MILLION raised in less than 3 days! THANK YOU! https://t.co/yt6ZHp9dMk

Biden’s Friday speech and presser were one for the ages. Even ABC News was declaring “the reality and the rhetoric are miles apart.” Standing behind him were hostages Kamala Harris, Secretary of Defense Lloyd Austin, National Security Advisor Jake Sullivan and Secretary of State Antony Blinken. Black masks and bleak expressions. The scene was so surreal, so absurd, it was ripe for parody.

The Afghan Crisis on The Stream

Fascinating perspective: Our John Zmirak on Jason Jones’ new podcast with a former U.S. intelligence officer. Don’t miss: “The Podcast at the End of Our Empire: Jason Jones and ‘Anonymous’ Unpack America’s Afghan Surrender … and the Hacks Who Made it Happen”

Meanwhile, Jason teams with Salih Hudaya, Prime Minister of the East Turkistan Government-in-Exile, for “The Taliban’s 20-Year Victorious Alliance With China Against the U.S. and Uyghurs.”

Middle East expert Timothy Furnish also offers an intriguing historical perspective with “From Kabul To Kitchener.” Perhaps Milley should have been reading Furnish, instead of White Fragility.

And keep checking The Stream, as a special Afternoon Brew will be posted shortly.