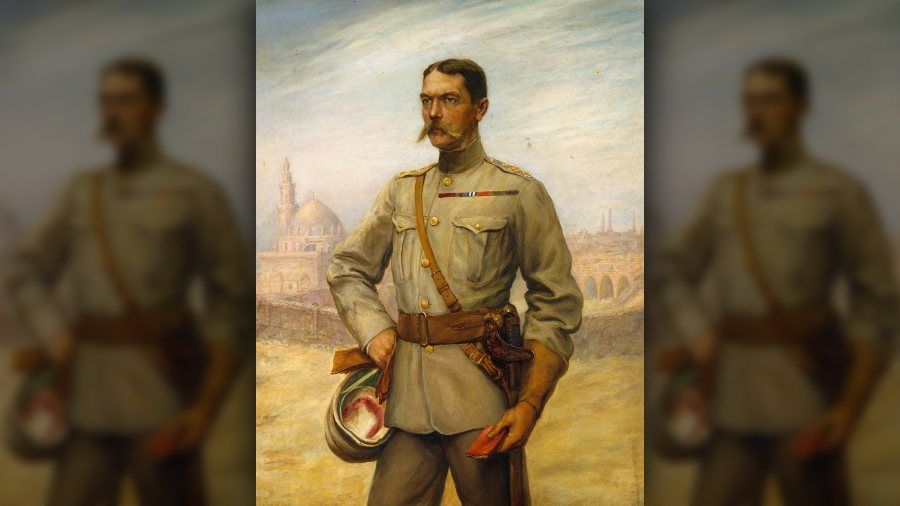 Previously I compared the fall of Kabul to that of Khartoum, 1885. Then, the British were helping the Ottomans fight Sudanese Mahdists. Unsuccessfully. That war’s initial phase provides several parallels to the U.S. in Afghanistan. The world’s most powerful empire suffered a crisis of confidence, both at home and among its Muslim allies. Fanatical Islam gained a staging area, whence it might expand. And Muslims elsewhere expressed admiration, even support, for those who had humbled the infidels.

I pointed out differences, as well. The followers of Muhammad Ahmad believed he was the Mahdi, Islam’s End Times warlord. But while the Taliban are brutal, they aren’t apocalyptic. Also, the charismatic, popular General Charles Gordon was killed at Khartoum. That helped bring down Gladstone’s Liberal government. Joe Biden has been condemned by both sides of the aisle for botching our Afghanistan withdrawal. But do you think Pelosi’s Congress will impeach him? Not a chance.

Media, mainstream and social, is already rife with “end of American empire” warnings. Leave aside the question of whether the U.S. is an “empire.” (We’re not.) Let’s unpack that “woe is us” mantra. Do we look bad? Yes. The optics, and reality, of Afghans storming U.S. planes greatly resemble the Vietnamese streaming onto American helicopters in 1975. Even more horrible? Some of those Afghans held on after take-off, then fell to their deaths. Thousands of Americans are still in Afghanistan. Yet our military leaders say they can’t get them all out. Geopolitically, the ramifications are huge. And potentially grave. Afghanistan as an al-Qaida base of operations. Revived global Muslim terrorism, of all stripes, drawing inspiration from U.S. humiliation. Asian countries casting their lots with Communist China, the region’s perceived strong horse.

But another major analogy between the Brits in Sudan and the Yanks in Afghanistan tells another story. First, the loss of a military outpost did not, in any wise, serve as the death knell of the British Empire. The Sudanese Mahdists beheaded Gordon and ruled Sudan for almost two decades. They even invaded neighboring countries, only to be repulsed. But they never threatened much beyond their borders. Not even the Ottomans. Certainly not the British Empire itself.

And yes, the Mahdists drove out the British. But not for long. The Brits returned, having tired of the Mahdi’s successor, “Caliph” Abdullah, threatening Egypt and Ethiopia. And to forestall French forays into central Africa. So British forces under General Horatio Herbert Kitchener rolled south from Egypt and, in a three-year campaign, utterly defeated the Mahdist state. Gordon was avenged. And the Empire’s dignity was restored — as well as its control, under the fig leaf of Egyptian rule, of northeastern Africa.

The Taliban: Local, Not Global, Threat

I am neither predicting, nor advocating, an eventual American reconquest of Afghanistan. But I am saying that rumors of America’s demise are greatly exaggerated. That country’s frontier fundamentalists simply proved more stubborn than us. But as such the Taliban just want to impose their brand of shari`ah where they live. To do so, they needed to eliminate their “near enemies,” the Afghan National Government, and their enablers, occupying Americans. Attacking the “far enemy” is not part of Taliban ideology. Yes, they were stupid enough to let AQ stage the 9/11 attacks from their soil. And they know what that cost them. I seriously doubt the Taliban will make that mistake again. But if they do, we can deal with the problem via drone strikes or JDAMs. There will be no need for another massive land invasion.

Emancipation Can Take Many Decades of Occupation

One final comparison. Yes, women will suffer under Taliban rule, since Islamic teachings are so blatantly misogynistic. However, many women, as well as men, support this. Nonetheless, Western politicians like Nancy Pelosi argue that American troops should have stayed in Afghanistan until gender equality is achieved. Really? Consider the British attempts, when ruling Sudan, to engage in similar social engineering. London tried to eliminate slavery and the slave trade. Gordon hoped to do so, when appointed as a provincial governor there, starting in 1877. But it didn’t work.

After the conquest in 1899, the Brits remained until 1956, officially abolishing slavery in 1924. That’s 57 years. (Even so, there are credible reports of slavery surviving in Sudan into the 21st century.) Should the U.S. have stayed in Afghanistan another four decades to empower women? Most of us would say, “no.” Even a superpower does what it can, not always what it should. Or, to paraphrase that sage police inspector Harry Callahan: “a nation’s got to know its limitations.”

End of the Administration’s Credibility?

It was past time to leave Afghanistan. I’ve been arguing that for almost 18 months. But we needed to do so in good order, with dignity, and following sensible military guidelines. (Not, for example, by giving up control of our primary air base, Bagram, at the onset.) This debacle is embarrassing. More importantly, it’s dangerous for Americans and our Afghan allies. And it’s going to be a geopolitical thorn in our side for some time to come. But bugging out of Kabul is not the end of American credibility. Although it might be the nail in the coffin of Joe Biden’s. And deservedly so.

For more on the British and Ottoman fight against the Sudanese Mahdists, as well as the Ottoman Empire’s many other counterinsurgent wars against Muslim enemies, see my book The COIN of the Islamic Realm: Insurgencies & the Ottoman Empire, 1416-1916.