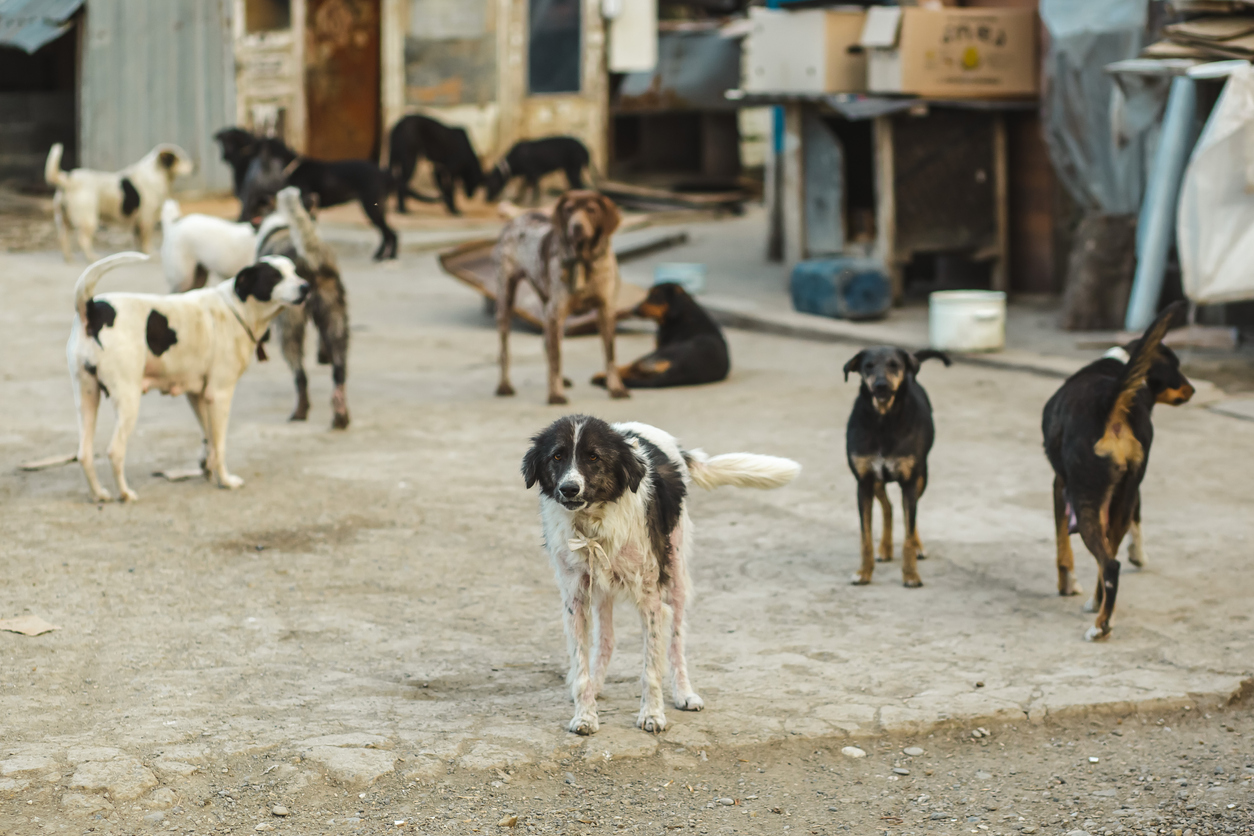 The mayor of Hebron [a Palestinian city] offered 20 shekels to anyone who kills a dog in his city. Palestinians took to the streets, torturing and killing dozens of dogs.

The tweet was accompanied by a picture of what appeared to be Palestinians beating or striking to death a dog with sticks. Such barbaric behavior for what is otherwise considered in the USA as “man’s best friend” is not uncommon in the Muslim world.

Thus, on July 26, 2022, another, similar tweet appeared: “The savage rulers of the Islamic Republic of Iran decided to raid a dog shelter in the desert and kill all of the 300 dogs being taken care of by volunteers. Only a few dogs survived. The entire shelter turned into a bloodbath.”

According to another tweet that appeared one day later, the bloodbath appears to have been much larger: “The ruthless regime in Iran has raided a dog shelter and killed more than 1700 stray dogs protected by volunteers. Very few dogs survived. This volunteer woman in tears holds a dead dog and says ‘This was the most vulnerable & obedient one.’”

Baking to Death in Crates

A group of armed men stormed a secure facility in Qatar used to feed and shelter stray dogs, killing 29 of them and injuring others over claims that one of them had bitten one of the men’s children.

… [T]he unidentified gunmen threatened security guards with weapons before entering a secure factory area, where the stray dogs are looked by the community. The assailants are then thought to have shot 29 dogs, including puppies, leaving others badly injured…. [A] source described the incident as “horrific” with people running for cover as the group of men shot at the defenceless animals. The source added that after the shootings, a number of animals have still not been found, and locals fear they are hiding, possibly with terrible injuries…. [T]he animals posed no threat to anyone and were well looked after. One puppy is fighting to survive under a vet’s care.

One can go on and on with similar stories — in August, 2021, the Taliban prevented the rescue of 173 cats and dogs, preferring to see them “bake to death in their travel crates” — but the point should be clear.

No Religion Would Sanction This? Really?

To be sure, not all Muslims are inhumane to dogs. The Animal and Environment Association in Bethlehem, for example, the only animal shelter in the West Bank, issued a statement condemning the mayor of Hebron’s recent “bloody campaign,” which “resulted in killing many dogs, [by] shooting, hanging, abusing, running over them by cars. What happened today is beyond humanity and ethics,” the association continued, before adding, “No religion would accept such barbaric actions toward innocent animals.”

Here we come to it: Is this true? Does no religion — including the one in question, Islam — “accept such barbaric actions toward innocent animals”?

Muhammad Hated Dogs. So Many Muslims Do

To answer this question, and as with all questions concerning what is and is not Islamic, we must turn to the prophet of Islam, Muhammad. And, as it happens, he detested dogs — to the point of calling for their arbitrary extermination. According Abdullah bin Omar, as recorded in the canonical (or sahih) hadith collection of al-Muslim:

“The Messenger of Allah used to order the killing of dogs, so we used to send [men] to Medina and its adjoining vicinity, and we spared no dog but rather killed it.” [Translation of Arabic text.]

Muhammad later revised his decision by allowing dogs that earn their keep — by herding, hunting, or guarding — to exist unmolested, though the hate for them remained: angels, the prophet of Allah warned, would never visit and therefore bless homes that keep dogs.

In short, and as one anti-dog fatwa, or Islamic decree, concludes:

We must ensure that Muslims continue to be averse to dogs, even in the midst of what the kuffaar [Western infidels] are used to do and what some Muslims have adopted of their habits.

Despite all this, and because the West must pretend that any accusation against Islam must be false, it remains complicit in the abuse of dogs. According to one report: “The U.S. government spends millions of dollars to train bomb-sniffing dogs essential to federal and local law enforcement capabilities but some are gifted to foreign countries that abuse them.” The nations listed are Bahrain, Lebanon, Egypt, Indonesia, Morocco, and Syria — all Muslim-majority.

Moreover, this hostility for dogs has reached and is causing problems in the West. Reports of Muslim cab drivers in Europe, Canada, Australia, and even the USA, refusing to service to blind passengers because they are accompanied by seeing eye-dogs are becoming increasingly common.

Nor do these Muslims shy away from admitting the source of their discrimination. For example, on several separate occasions in the UK, one blind man has been prevented from boarding taxi cabs because their Muslim drivers refused his seeing eye dog. One of them, Abandi Kassim, cited “my religion,” as the reason for refusing him.

Incidentally, and considering that certain Islamic teachings and scriptures assert that the life of a non-Muslim, of an infidel, is of equal value to the life of a dog, it is little wonder that Islam mandates hate for all non-Muslims.