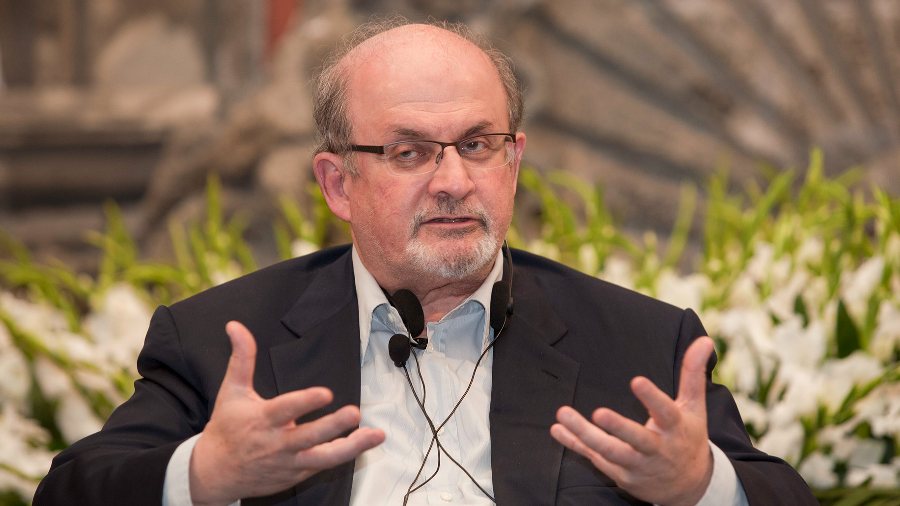 About 40 years after Ayatollah Ruhollah Khomeini issued his fatwa calling for Muslims to murder Salman Rushdie, the Indian author was finally attacked and nearly killed.

Stabbed 10 times by a young Muslim living in America, Rushdie is in a hospital, where his prognosis as of this writing is partial paralysis and the loss of an eye.

What was Rushdie’s “crime”? He “insulted” Islam.

Tens of millions of Muslims believe that if a person insults Islam, Muhammad or the Quran, he should be killed. Any Muslim who does kill a person deemed to have insulted Islam goes straight to heaven when he or she dies.

It is true that it was only one Muslim who stabbed Salman Rushdie. But it is millions of Muslims who believe anyone who “insults” Islam should die.

The most famous case of Muslims murdering people charged with insulting Islam occurred in 2015, when two French Muslims entered the Paris editorial offices of the French satirical magazine, Charlie Hebdo, and murdered 12 people and wounded 11 others. Charlie Hebdo had printed cartoon images of Muhammad, which most Muslims consider forbidden even to non-Muslims.

That same week, Muslims also entered a kosher supermarket in Paris and murdered four Jews. For many Muslims, Jews don’t have to do anything to insult Islam; their mere existence is an insult to Islam.

Perhaps the famous example of the former is the “artwork” by Andres Serrano titled “P*** Christ,” which features a crucifix in a jar of urine.

Imagine how many people radical Muslims would kill if a Quran or an image of Muhammad submerged in a jar of urine were displayed in museums around America. It would never happen because museums would never put their staff or their visitors in that kind of danger. Museum staff and visitors to museums that featured this work would be killed.

Why doesn’t that argue for the moral superiority of most Christians relative to most Muslims at this time in history? After all, some scholars argue that Muslims and Muslim civilization were morally superior to Christians and Christian civilization at various times during the Middle Ages. Whether or not that is accurate, no one charges the scholars who make that argument with an anti-Christian phobia or with harboring anti-Christian bigotry. Yet, anyone who would argue that contemporary Christian civilization is on a more elevated level than Muslim civilization — while of course acknowledging that this does not apply to all Muslims or to all Christians — would be attacked as an “Islamophobe,” lose his reputation and quite possibly lose his job and career.

This inability to judge the West — which was created by Christians and has, with all its many flaws, been rooted in Judeo-Christian morality — as morally more elevated than the Muslim world goes to the heart of the crisis facing the West: the Left’s desire to destroy it. Western elites in academia, media, politics and the business world — in short, everywhere — are moral fools.

They claim to be unable to make moral distinctions between the two civilizations — because of Western slavery and treatment of native populations, for example. Yet, they either do not know or simply ignore Muslims’ far worse history of slavery and wiping out native populations. And they know but choose to ignore the fact that the worldwide antislavery movement began in the West and was founded by Christians. It did not begin in the Muslim world, which had no such widespread movement.

The Left has the same morally bankrupt view regarding Israel and its Muslim enemies. On the Left, Israel, with its robust freedoms that extend to its large Muslim minority, is not morally superior to its unfree, terror-honoring Muslim neighbors (e.g., Lebanon, Syria, Iran and Hamas).

Anyone Who ‘Insults’ Islam Should Die

It is true that it was only one Muslim who stabbed Salman Rushdie. But it is millions of Muslims who believe anyone who “insults” Islam should die. It was also one Muslim who murdered Dutch filmmaker Theo van Gogh for “insulting” Islam’s take on women. And it was a lot more than one Muslim member of the Islamic State who slit the throats and beheaded countless infidels — that is, non-Muslims.

Author Taslima Nasrin fled her native Bangladesh, fearing for her life, after a court said she had hurt Muslims’ religious feelings with her novel Lajja (“Shame”). Unlike virtually every Western author and leader, her reaction to the attack on Rushdie noted that the would-be murderer was Muslim: “I just learned that Salman Rushdie was attacked in New York. I am really shocked… If he is attacked, anyone who is critical of Islam can be attacked.”