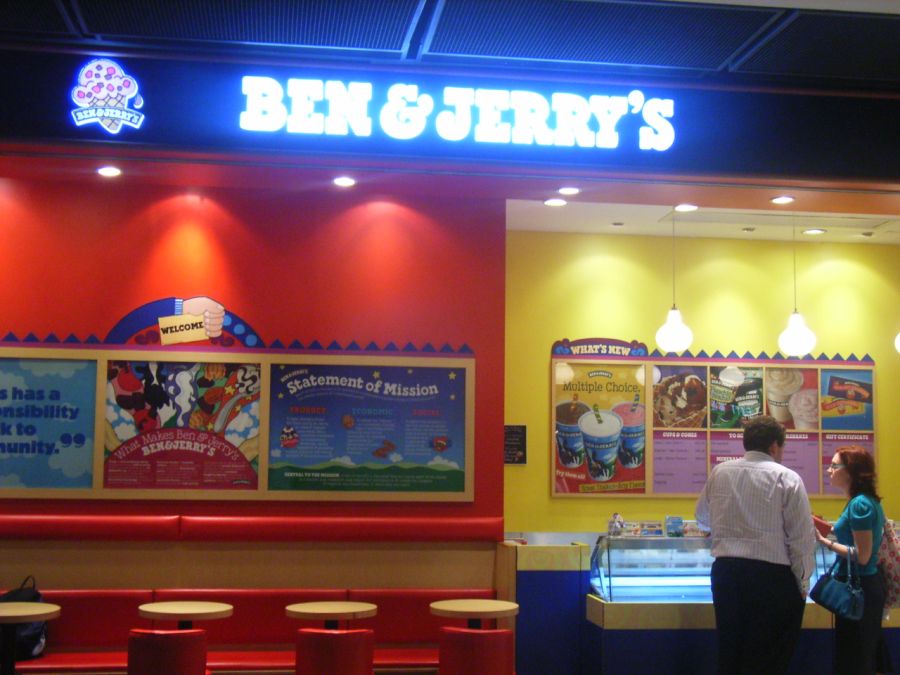 The iconic, famously woke ice cream company, Ben & Jerry’s, announced on Monday that it will no longer sell its product in “Occupied Palestinian Territory.” As the company explained, “We believe it is inconsistent with our values for Ben & Jerry’s ice cream to be sold in the Occupied Palestinian Territory (OPT).” However, they added, “Although Ben & Jerry’s will no longer be sold in the OPT, we will stay in Israel through a different arrangement.”

Put another way (and to read between the lines), “We will continue to sell our ice cream to the evil oppressors in their own apartheid state, one that was founded on genocide and ethnic cleansing and one that exists to this day on stolen Palestinian land. But we will not sell our ice cream to these evil oppressors who live in illegal settlements in other portions of equally stolen land.”

How righteous. How consistent. How just.

Had I not given up eating Ben & Jerry’s ice cream 7 years ago (for health reasons, along with lots of other foods I dropped), I would be losing my taste about now.

The responses to Ben & Jerry’s announcement have been as predictable as they have been telling. From the Israeli side, the new prime minister Naftali Bennett said, “There are many ice cream brands, but only one Jewish state.” Israelis can do without the ice cream but not without their state.

From the anti-Israel side, the BDS movement tweeted, “Following years of #BDS campaigns @benandjerrys has announced it will end sales of its ice cream in Israel’s illegal settlements on stolen Palestinian land.

“We warmly welcome their decision but call on Ben & Jerry’s to end all operations in apartheid Israel.

In other words, “This is a good step in the right direction, but if you really want to do the right thing — and be assured we will keep pressuring you until you do — you must stop doing any business with evil Israel.”

Until Israel is No More

A fuller statement from the BDS movement (which stands for boycott, divestment, and sanctions) said this: “After years of pressure from activists, Ben & Jerry’s announced it will not renew its licensing agreement with its Israeli licensee, who is involved in selling the ice cream in illegal Israeli settlements in the Occupied Palestinian Territory.

The BDS movement welcomes Ben & Jerry’s decision as a decisive step towards ending the company’s complicity in Israel’s occupation and violations of Palestinian rights.

Ben & Jerry’s, a leading socially responsible international company, is finally bringing its policy on Israel’s regime of oppression against Palestinians in line with its progressive positions on Black Lives Matter and other justice struggles. We hope Ben & Jerry’s has understood that, in harmony with its social justice commitments, there can be no business as usual with apartheid Israel.

The Jewish people in Israel have created an apartheid state on stolen land. No business as usual with them. Not until they remove the protection barrier designed to keep out murderous terrorists. Not until they retreat to pre-1967 (= suicidal, indefensible borders). And not until they allow all Palestinian “refugees” to return to their homeland.

In other words, BDS will exist until Israel is no more, since the demands of the movement, if fully implemented, would result in the end of the Jewish state.

The Hypocrisy of Ben & Jerry’s and Unilever

Why then is Ben & Jerry’s only pulling its ice cream from the “illegal settlements” rather than from the nation as a whole? Why allow those evil Israelis, those apartheid genocidal monsters, to enjoy these sumptuous treats in the luxury of their homes in West Jerusalem or their restaurants in Tel Aviv?

As for these last these two questions, I’m simply putting them up for discussion, since the official announcement is lacking in details. But one thing is sure: a good case can be made for the fact that the BDS movement actually hurts the Palestinians more than it helps them. (For a strong, anti-BDS statement from Palestinian activist Bassam Eid, see here.)

Of course, there are other reasons not to be impressed with Ben & Jerry’s “righteous” stand, not the least of which is the company’s contractual agreement with Unilever.

As explained on the Washington Free Beacon, “The most common expression of anti-Semitism on the left is the application of double standards to Jews and the Jewish state.

Look no further than Ben & Jerry’s partnership with Unilever, which acquired the ice cream company in 2000. There is no comparison between Israeli policy in the West Bank and the practices of the world’s greatest human rights abusers. Unilever happily does business everywhere from occupied Northern Cyprus to occupied Tibet and Xinjiang, home to Uyghur concentration camps. We won’t hold our breath for the ice cream boycott of China or Russia. But hey, there are no Jews in Xinjiang.

As a lover of God and a lover of justice, I, too, want to see the fair and equal treatment of the Palestinians along with the safety and thriving of the Jewish state of Israel.

That’s why I so reject the incoherent and hypocritical policy decision of Ben & Jerry’s.