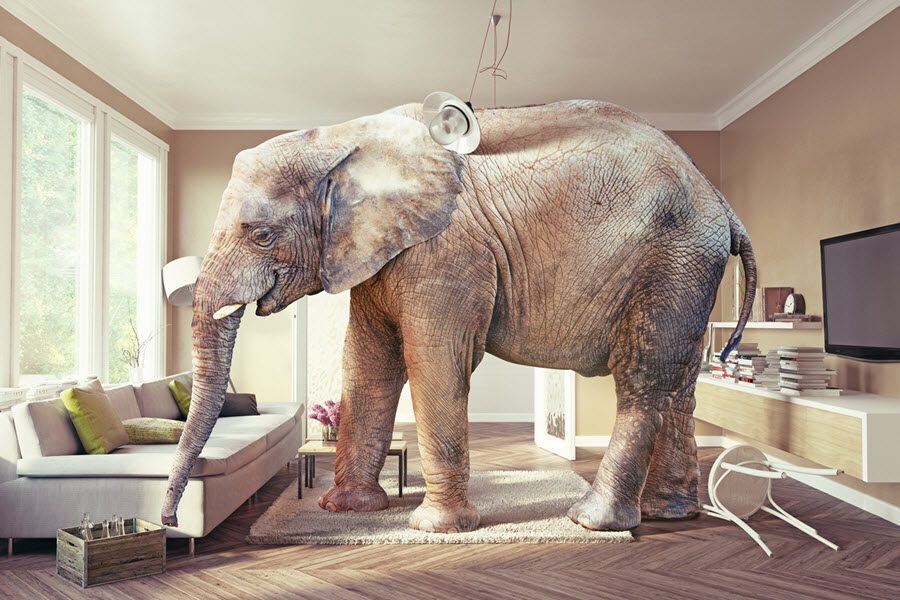 There has been a week of “stage-whispering” concerning Joe Biden. Senator Lindsey Graham, Rep. Marjorie Taylor Greene, Rep. Elise Stefanik and others are using the I-word (Hint: It’s not “Infallible”). The elephant in the room is becoming more and more conspicuous.

Silence is not always golden. Many atrocities have occurred in world history as evil and/or incompetent leaders tested the limits of citizens’ tolerance, while they were afraid to speak up. So at what point will Congress begin to have a serious and open conversation about the impeachment of Joe Biden? The longer Democrats look the other way, the worse their motives in the two faux impeachments of Trump appear.

Not to Be Undertaken Lightly

Our founding fathers had much debate over the impeachment question. They didn’t want a tyrant to rule over our country as in Great Britain. But neither did they want to leave enough power to Congress to impeach a president for partisan reasons. Their original language took into account only treason and bribery as grounds for impeachment.

However, in May 1787, Warren Hastings, the Governor-General of India, underwent impeachment in Great Britain the same month that the U.S. Constitutional Convention opened in Philadelphia. Hastings was charged by the House of Commons for confiscating land and provoking a revolt in parts of India.

In response, George Mason argued at the convention in Philadelphia to add more language that would apply to crimes like Hastings’. So Mason suggested adding “other high crimes and misdemeanors.” They must be of the same scope of seriousness as treason and bribery because of the five-letter word “other.” If I said, “Our school has football, basketball, and other sports,” it couldn’t possibly mean football, basketball, and drama club.

So, the bar is set high. But Biden has jumped high. Many will argue that both the southern border disaster and the Afghanistan blunder fall under “other high crimes and misdemeanors.”

Biden has unleashed our enemies both at home and abroad. Certainly, all million and a half immigrants who have crossed our southern border since January are not our enemies. But in Russian roulette, 83.33% of the revolver’s chambers are perfectly safe. It’s all about the one chamber that does have a bullet. There were only nineteen terrorists who pulled off the 9/11 attacks. Nineteen. There are more players on a football field than that.

If we looked, we’d find numerous enemies to U.S. citizens embedded in the massive crowds of immigrants, including drug cartel operatives, human traffickers, individuals on the Terrorist Watch List, and gang members. And not to mention the invisible enemy of the pandemic. It’s a world-wide invasion, and we have no idea who all these people are.

According to the Washington Examiner, there has been a 13,951% increase in apprehensions of Venezuelans, an 8,248% increase in Brazilians, and a 2,906% increase in Haitians. Moreover, there have been 54,000 attempted illegal entries from Ecuador in the last nine months (virtually all under Biden), 34,000 from the Philippines, 4,369 Romanians, and 26,000 apprehensions from Cuba in June alone. Perhaps the scariest statistic of all is more than 37,000 from the “other” category of migrants, whose home country could not be determined. So maybe they are from Iran or Syria? Pakistan? Yemen? We have no idea.

And we know these numbers are based solely on those who were apprehended. God only knows how many have gotten in without getting caught.

We have seen enough Fentanyl confiscated on Biden’s watch to kill every man, woman, and child in the United States. Dealers are even putting the fentanyl into weed and other street drugs which can cause overdose and death, unbeknownst to the recipients.

And while many on the far-left are still obsessed with our dark, distant history of slavery, they completely ignore the slaves being exploited within our borders right now. Rep. Tom McClintock, (R-CA) told Deroy Murdock in an interview:

Biden’s open-border policies have produced the largest human-trafficking operation since the international slave trade. To the extent that immigrants are forced to labor as indentured servants to the crime cartels, these policies have reintroduced slavery into the United States.

Estimates on the low end are between 15,000 and 50,000 women and children each year. A recent DHS study estimated the number between 240,000 and 325,000, while a report from the University of Pennsylvania put it between 100,000 and 300,000. The numbers have spiked exponentially since Biden was sworn in. Wouldn’t Biden be impeached for allowing slave ships into our ports? So what’s the difference?

Surrender Abroad to Our Enemies

Even more egregious is Biden’s handling of Afghanistan. He has abandoned tens of thousands of our citizens to the barbarous Taliban. One House Democrat, who spoke on condition of anonymity, told The Hill, “I am bewildered and frustrated and, privately talking to a lot of House Democrats, they feel the same thing,.”

We can argue all day long about Biden’s motives and competence. But what’s not arguable by any honest person is that Joe Biden has violated the law, the Constitution, and the oath he took on January 20, and we the people must begin to call out the elephant in the room.

To be fair to Biden, Republicans must “Never pay back evil with more evil” (Romans 12:17) for the impeachments of Trump. Our founding fathers rightly gave us the tool of impeachment for extreme cases, but we must never use it as a political weapon to overthrow a president because we disagree with his ideology (or mean tweets).

Jesus said in Matthew 13:15, “For this people’s heart is waxed gross.” Strong’s Expanded Exhaustive Concordance of the Bible describes the Greek word for waxed gross as, “(2) Slowly, thin layer by thin layer, until thick and hardened.” That’s a pretty good description of our modern-day word decoupage. My family has a table that was custom-built nearly four decades ago with 70 or 80 thin layers of polyurethane. Not one of those layers in itself would have made any difference, but collectively, they waxed it so gross that when a wagon wheel light fixture (weighing more than 100 pounds) fell on it from 20 feet above, the table was unscathed.

We must beware of those “thin layers” of faded outrage smothering us into silence.