The Gift of Character: A Black Friday Lesson 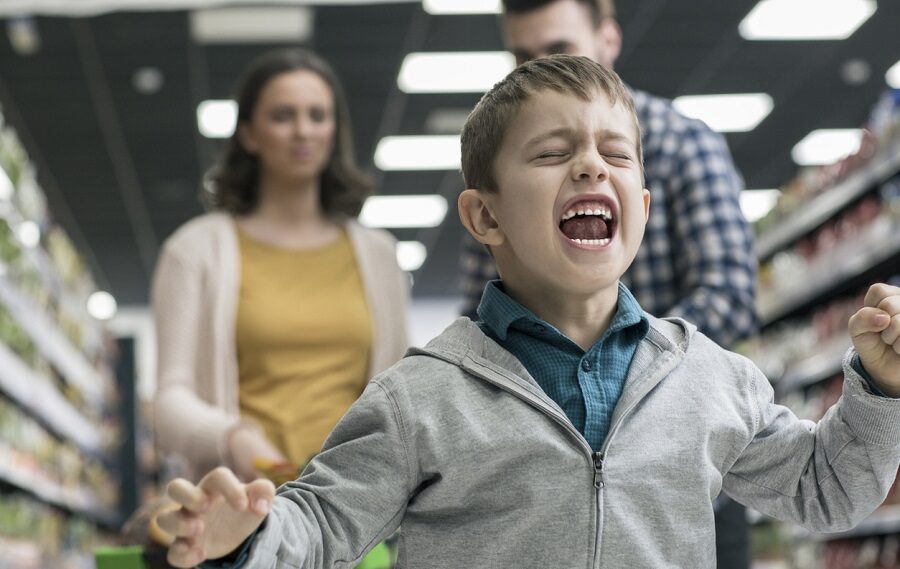 Happy Black Friday, America! Although thanks to the Internet and now month-long Black Friday deals, Black Friday is no longer stirring as much controversy as it did when it first started encroaching on Thursday night and pulling people away from their family Thanksgiving celebrations. Black Friday has expanded so much that most of the deals were sold out by Wednesday. But don’t worry, we still have Small Business Saturday and Cyber Monday to come. And at that point, the Christmas shopping season really begins.

I’m sure that for many Americans, one of the few good things about having to limit the number of Thanksgiving guests is that it will mean fewer people to ruin dinner with political arguments. But since we’re all still enjoying our warm drowsiness from all the food, I don’t want to spoil that by writing about politics, either. So instead, I’d like to talk about something that doesn’t change with the passing headlines. It’s the greatest gift that a parent can give to a child: the gift of character.

The Thrill of Finding a Bargain

This is the time of year when people go out shopping for holiday bargains, and it’s easy to let the thrill of the hunt and the lure of saving a few bucks on the latest gadgets override our good manners and consideration for others. But if you have character, that’s not a problem.

Where does character come from? It’s rooted in parents teaching their kids integrity and respect for others. And it may not be politically correct to say so, but kids need to be disciplined according to traditional, agreed-upon standards.

Children may act as if they resent discipline, but they not only need it, they secretly crave it.

It seems to have become a sad Black Friday tradition to see news stories of people so crazed to get at bargains that they commit violence against each other. In some places, you can’t tell if you’re at a Black Friday sale or an Antifa riot/looting. A few years ago at a Walmart in New York, a worker was actually trampled to death. The crowd even trampled other workers who were trying to help him; and when told the store was being closed because of the death, they shouted curses and just kept shopping.

If you could turn back the clock a decade or two, I’ll bet you would find most of those shoppers as kids, running wild, bullying other kids, sassing their elders…in other words, having no boundaries and being taught no consideration for others. If you’d said anything to their parents then, they might’ve replied, “We don’t want to stifle their creativity.” Or “We don’t want to impose our standards on our kids. Let them figure out for themselves what feels right to them.” Instead of admitting that their kids’ behavior was objectively wrong, they might’ve tried to rationalize it as being “free-spirited” or needing a Ritalin prescription. Or most likely, they would’ve just cursed and punched you for daring to question their parenting.

Children may act as if they resent discipline, but they not only need it, they secretly crave it. They need parents to instill the Golden Rule, and to teach them that there are certain lines we all must stay within, or else society falls apart. That’s a lesson we’re seeing with frightening clarity recently, with the rise of such groups as Antifa, who think that laws don’t apply to them and that the First Amendment somehow gives them the right to bully and intimidate others into silence. They think there are all sorts of boundaries that apply to other people, but none to them. Whatever feels right to them, they just do, even violence and vandalism.

There are thousands of strips of concrete in every city. Imagine what would happen if every airline pilot made a personal decision on land on whatever patch of concrete “feels right” to land on.

We live in a time when mass media and social media cause shifts in standards for language or behavior to spread almost instantly. Suddenly, both living and historic figures are being condemned for not measuring up to some PC behavior rule that didn’t even exist before last Tuesday (are you old enough to remember ‘way back to when it wasn’t considered hateful, bigoted, intolerant transphobia to object to a middle-aged man walking into the ladies’ bathroom when your 13-year-old daughter was in there?)

But we can’t be constantly judging the past by ever-shifting standards of the moment. As British author L.P. Hartley said, “The past is a foreign country. They do things differently there.” The only fair way to judge anyone, past or present, is by an immovable moral standard that’s not subject to the whims of changing fads and opinions. To do that, children have to be taught such standards. Standards such as “Do unto others as you would have them do unto you.” Take responsibility for your own actions. Try to keep your head even when everyone around you is losing theirs. These are things that were true centuries ago, they’re true today, and they’ll be true centuries from now.

I once had the importance of such solid guideposts brought to my attention in a way I will never forget. In 1997, Arkansas was struck by a devastating tornado. As Governor, I was visiting one of the worst-hit towns when State Rep. Martha Shoffner said she had to show me something. She took me to a courthouse whose roof was completely gone. Inside was a museum in which everything had been blown away or destroyed…except for one thing. Still hanging on the wall was my official Governor’s photo. It hadn’t broken or fallen off. It wasn’t even askew. I took it as a sobering reminder that no matter what disaster might befall our state, it was the Governor’s responsibility to remain steady as a rock and see everyone through.

The thought occurred to me then that we can’t keep storms out of our kids’ lives, and we can’t teach them to hide from storms. We also can’t let them go on believing that if they scream loudly enough, the storms will give in and go away. All we can do is give them a strong enough foundation so that when life’s storms inevitably come, they’ll be prepared to ride them out with a level head and a steady hand.

Here’s wishing you a safe and courteous shopping season and a happy Thanksgiving weekend!