The Dumbest Animal in the World: American Journalists 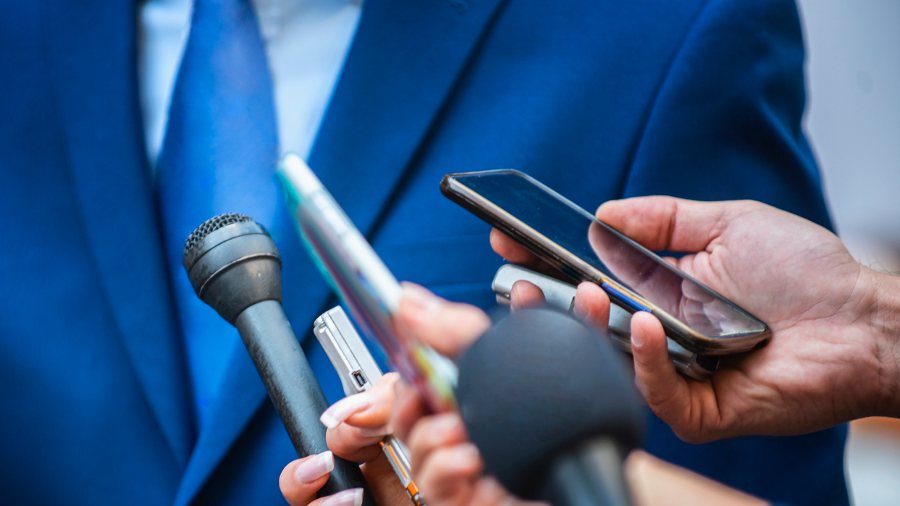 What is the most gullible creature that ever lived?

Sheep? Chicken? A Spanish bull, charging at those red flags until it gets stabbed for its troubles? Pip in Charles Dickens’ Great Expectations, who keeps on loving Estella, however many times she embarrasses him? Charlie Brown, who every fall runs up to kick the football, only for Lucy to pull it away at the last second?

I would put the biggest dunce cap of all on mainstream American journalists. For them, the football or the flag is white racism. Their dream is to kick that ball over the goal posts and out of the whole stadium, and win glory.

So what if the football disappears just when your toe is about to kick it? So what if it turns out that border agents aren’t really ersatz slave owners, cackling fiendishly as they lay reins upon the backs of innocent black migrants from Haiti? So what if Joe Biden’s promise that “those people will pay” (meaning our border agents, not the Taliban or members of his own venile and incompetent cabinet) turns out to be based on yet another fantasy?

Such is the story of the past five years, as I described in Letter to a “Racist” Nation. The dumbest creatures never learn. Here are a few lowlights.

Winning Interviews, But are They Really Victims?

Just after Donald Trump was elected in 2016, America suffered a pandemic of imaginary white racism. A bi-sexual senior at a Christian college in Chicago claimed she had been fed notes reading “Back to Hell,” and offering anti-gay slurs and support for Donald Trump. This won her an interview with NBC.

A Muslim student at the University of Michigan garnered national headlines by claiming that a drunk had threatened to light her on fire if she didn’t take off her hijab (face covering.) Boyer claimed to know who her assailants were, but saying she would be the “bigger person,” she refused to release their names. An 18-year-old Muslim woman near the University of Louisiana-Lafayette campus said she had been robbed of her hijab and wallet by two white men yelling racial slurs, one wearing a Trump hat.

All these stories appear to be have been invented by the alleged victims.

CNN and The Washington Post reported how, in another act of MAGA extremism, Republicans spray-painted “f– church,” “Heil Trump” and a swastika on the wall of St. David’s Episcopal Church in Bean Blossom, Indiana. The artist turned out to be the progressive church organist, trying to drum up outrage in a “false flag” operation.

A man in Texas then set his car on fire and wrote “N-Lovers” on his own garage door. After $5000 was raised on-line for the couple, his wife discovered that her husband had invented the tale.

Someone slipped an actual anti-Semitic statement under the door of a Jewish student at Beloit College in Wisconsin. A Muslim student then wrote copy-cat anti-Muslim hate slogans, including “Die,” “Muslim ban,” and a swastika. After the fraudulent nature of that hate crime was discovered, leaders of Beloit College seemed reluctant to let go of the notion that Muslims were being persecuted: “This situation does not diminish the college’s resolve in resisting xenophobia, anti-Semitism, racism, and Islamophobia.”

The New York Times warned in February, 2017 that “Threats and Vandalism leave American Jews on Edge in Trump Era,” beginning with this lead: “The high-pitched, rambling voice on the telephone was disguised and garbled, and warned of a slaughter of Jews. The voice spoke of a bomb loaded with shrapnel and of an imminent ‘blood bath.’ Moments later, the caller hung up.” It turned out that a young Israeli-American man with mental health challenges but good tech skills was responsible for this incident.

Classes were cancelled as days of protests broke out after racist threats were posted on the windshield of a black student at St. Olaf College in Minnesota in May of 2017, again reported by the Washington Post.  It turned out that another black student wrote the note to “draw attention to concerns about the campus climate.” Good enough for campus radicals: “’Our movement wasn’t about one individual. … Our movement was about a pattern of institutional racism.’”

Almost six million viewers watched the superintendent of the Air Force Academy angrily denounce the unknown author of “racial slurs” who had set five white boards outside the homes of African-American candidates at the Air Force Academy prep school in the fall of 2017. “You should be outraged not only as an airman, but as a human being,” thundered Lieutenant General Jay Silveria. He brought up Ferguson and protests in the NFL, and celebrated the “power of the diversity.”

But who wrote those words that caused national outcry? One of the African-American target candidates, it turned out, making a bad joke.

Yet again, Charlie Brown rushes the football, only to have it yanked away.

Why is white racism the enduring pig-skin of autumnal fantasies, the Left’s tantalizing red flag, the holy grail of modern news reporting? Because witch hunters need witches. And I haven’t even mentioned the mass-scapegoating of police officers throughout 2020, though beginning under the Obama Administration.

“So what are you saying?” you may ask. “That white racism doesn’t really exist?”

Of course not. As a Christian and historian, I think every sin “exists” and is sometimes committed. And I am aware of the ugly side of American history. But did you notice how strange your question is? You ask me to affirm the existence of racism, like a pious Muslim demands that I admit that Mohammed is a true prophet of Allah. Racism has become the heart of your religious creed.

As French thinker Rene Girard explained, scapegoaters require some dark crime against Nature, so they can focus group rage against their victims. Chairman Mao required “cow ghosts and snake spirits,” who commit evil so abhorrent, that it strips the humanity from the accused.

Far more than mere murder, wife-beating or treason, racism is now the ultimate abomination, the sin that strikes at the foundations of civilization. No doubt this is partly because wounds are still sore for many African-American brothers and sisters. But America’s largest political party and a vast Diversity and Grievance industry led by titans with well-paid salaries all rely for power on demonizing some quasi-mythical band of “deplorables.”

So when you heard that border guards stood accused of using horse reins as whips on “immigrants,” you probably knew what is going on. Honest men trying to protect us were bogusly cast in the role of slave-owners whipping African-Americans in the Old South!

Never mind that these “victims” are illegally trying to break into the country, not escape from their masters. Never mind that no one pointed to any injuries.  Never mind that sane nations protect their borders, usually with the threat of genuine violence. If you take enough photographs, look at those reins from a certain angle, and repeat the words “systemic racism” twenty times …

“I know I’ll kick the football this time!”

Pets of Their Political Masters

Like Charlie Brown, left-wing “journalists” and politicians never give up. Like bulls, they can’t keep their eyes off the red flag, even if they’ve already been stabbed dozens of times. No creature as stupid as this could survive in the wild. But these dodos are not about to go extinct. These lost sheep are not about to be cooked into mutton chops. Domestication protects the stupid from their follies.

Such journalists are the dim-witted pets of their political masters. Not even late-night TV humorists dare take a jab at them. They are protected from the natural consequences of their own gullibility and malignant buffoonery.

Progressive journalists may be the tamest, dumbest creatures on the planet. Like a genetically-altered chairdog in Dune, though, they fill a nitch in society useful to their ruthless and power-hungry masters. Thus their folly seems endless.

If America Is So Racist, Why Are There So Many Race Hoaxes?

What BLM, Antifa and the Mainstream Media Don’t Want You to Think About