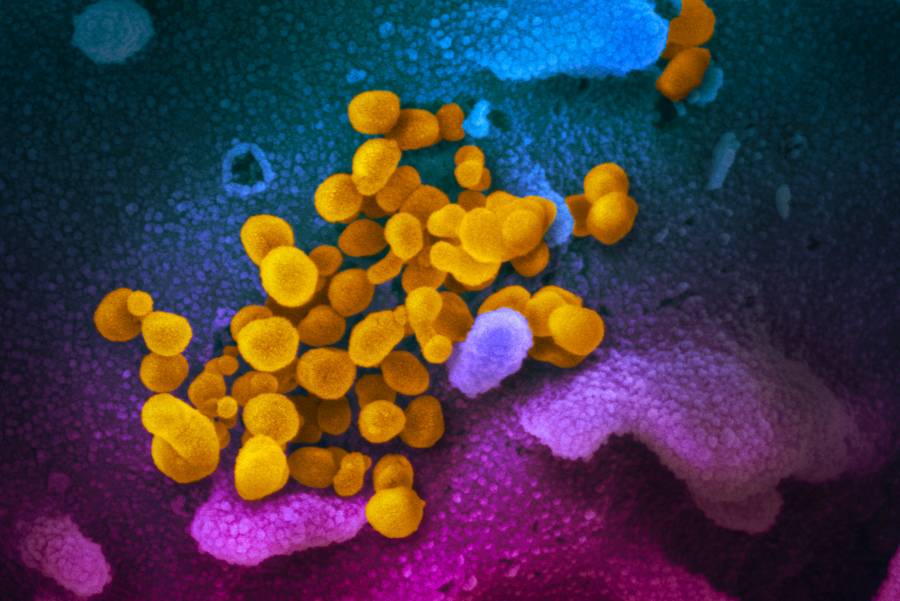 What are we to make of the coronavirus? Is it true that God has spoken through modern-day prophets who have declared the virus will be short-lived? Should we believe the theorists who claim the virus is a manmade weapon? And on a practical level, do we follow the hyper-caution of Israel’s Netanyahu or the more laid-back approach of President Trump?

As far as prophecies go, Pastor Shawn Bolz posted this on March 3: “The Lord showed me The end of the Coronavirus … the tide is turning now!

He is answering the prayers and cries of the nations and is putting an end in sight. The exaggerated fear based tactics of both the enemy and several media outlets for political reasons is coming to an end. The enemy has been trying to distract and steal from several equally important purposes and issues by dominating airwaves with conspiracy and fear. Even now several vaccines are coming out as well as a natural dying out of the virus itself. The Lord is saying ‘I am removing the threat of this.’ Within a short amount of time the extreme threat will feel like it is in the way past.

As of this writing, there is no end in sight to the virus, although it is allegedly under control in countries like South Korea and China.

So, if this prophecy is to prove true, there will need to be a very quick turnaround.

For example, “German Chancellor Angela Merkel has warned that up to 70% of the country’s population — some 58 million people — could contract the coronavirus.”

And in Italy, “Prime Minister Giuseppe Conte announced the closure of schools, gyms, museums, nightclubs and other venues across the country, which on Wednesday passed 10,000 confirmed infections.”

If Bolz really heard from the Lord, we should see supernatural evidence of it very soon.

Are Jews Behind the Coronavirus?

As for conspiracy theories, as expected, in some circles, the Jews are being blamed for the virus. But this is to be expected. In centuries past, “the Jews” were accused of poisoning the wells, leading to the Black Plague.

Now, the Jerusalem Post reports, “Iran has pushed several reports claiming that ‘Zionists’ were behind the coronavirus. Press TV also quoted the same website that was at the center of an antisemitic article from 2017 that claimed ‘America’s Jews are driving America’s wars.’

“On March 5, Press TV claimed that ‘Zionist elements developed a deadlier strain of coronavirus against Iran.’”

So, Iran mishandles the outbreak of COVID-19, and it’s all the fault of Israel.

Was it Created by China?

Perhaps China created the virus. At least that’s what my Chinese driver told me after picking me up in the airport in Australia.

He told me quite emphatically that COVID-19 was manmade, developed as a weapon by Chinese scientists. When I asked him where he learned this, he replied, “The internet.” But, he was quick to add, the YouTuber he followed was a former Chinese official with excellent, inside intelligence.

A few days later, a friend of mine in New York City, who is a pastor, shared a similar theory with me.

He said that a well-placed friend, formerly a higher-up in the FBI, told him that China developed the virus to hurt the American economy, thereby hurting Trump. And this was in retaliation against Trump for pushing back against China’s trade policies.

For my part, I’ll let the scientists and researchers sort out the question of the origins of the virus. But, for the record, I will make this public statement: I categorically reject the antisemitic libel that “the Jews” are the cause of COVID-19.

This, then, leaves us with the question of pragmatics.

On March 10, I posted this poll on Twitter: “Prime Minister Netanyahu is treating the coronavirus as a serious pandemic while President Trump is comparing it to the average flu. Who do you think is right?”

According to Netanyahu, this is a pandemic, because of which he has ordered that everyone arriving in Israel from any country must be quarantined for 14 days.

In contrast, Trump tweeted on March 9, “The Fake News Media and their partner, the Democrat Party, is doing everything within its semi-considerable power (it used to be greater!) to inflame the CoronaVirus situation, far beyond what the facts would warrant. Surgeon General, ‘The risk is low to the average American.’”

How, then, do we sort this out?

According to Michael Mina, an epidemiologist at Harvard’s T.H. Chan School of Public Health, “It’s the most daunting virus that we’ve contended with in half a century or more.”

At the same time, other researchers are claiming that the virus is not as deadly as previously reported. Much more deadly than the common flu, for sure. But not as deadly as the WHO has claimed.

What I would suggest is this.

No Need to Panic

First, there is no reason for panic. Caution, yes. Panic no.

Let’s remember that the media, by nature, can be sensationalistic. That means that coverage of the coronavirus will also be sensationalistic. So, analyze the reporting with your head and not just your heart. Then, make wise decisions, especially based on your health. You can be cautious and practical without being in a panic.

Second, for followers of Jesus, there is no room for fear. If we truly have God as our Father and are in right relationship with Him, we need only fear Him (in a holy, reverential way). We need not fear sudden disaster or wasting disease. He is our shield and our strength, our lives are in His hands, and we trust Him, whatever comes our way. Plus, the greatest antidote to fear is a healthy, Bible-based faith. At times like this, it is good to build our faith with passages like Psalm 91.

This is Our Time

Third, let’s not only think of ourselves. Let’s think of others too.

As stated in an open letter by Akos Balogh, the CEO of The Gospel Coalition Australia, “The truth is, we don’t know for sure. And so as a society, we’re increasingly anxious. Anxious for our loved ones. Anxious for ourselves. It’s a time of fear. But whatever happens, dear Christian, know this: this is our time. God has raised us up for such a time as this. It’s no accident you’re here. This is our time to think not about ourselves, but about our neighbors. Many of whom are scared, and will only grow more so as the virus spreads.”

Let’s use this opportunity to bring words of faith to others. To encourage them to put their trust in the Lord. And to let our friends and co-workers and neighbors know, no matter what happens in this world, we can enjoy eternal life in the presence of God.

Fourth, keep on praying for divine intervention, for a speedy end to this virus, and for millions of people to turn to Him.

The virus itself is deadly. But we can use it to bring life and hope to many.