The Cancel Culture is Ruthless 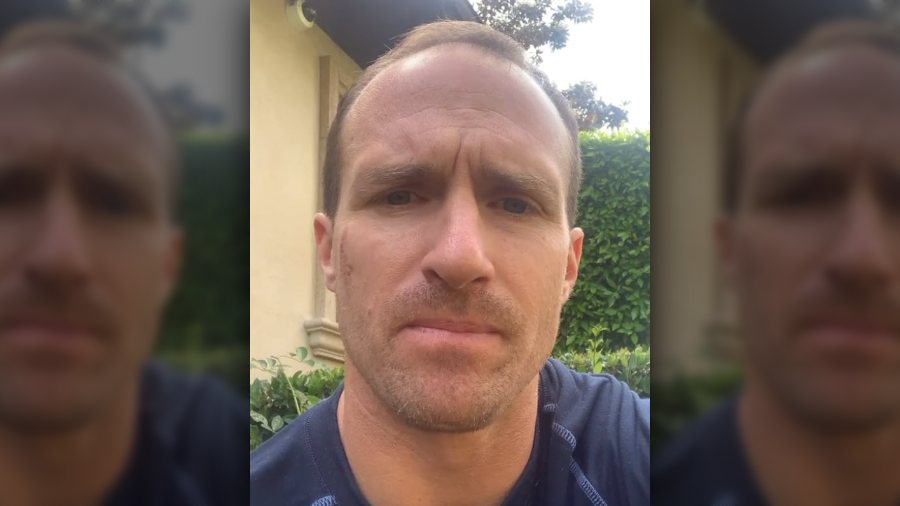 Drew Brees apologizes in an Instagram video for the hurt caused by his statements.

It can happen in a moment of time. One ill-advised tweet. One poorly worded post. One foolish act in public. And that’s it. You are branded. You are marked. You are guilty. For life.

Whatever good you’ve done in the past is forgotten, cancelled. However deep and sincere your apology, it will never be enough. You must carry the shame for the rest of your days. Away with you!

Ben Howe, author of The Immoral Majority, recounts with horror how he helped spread the video posted by a 37-year-old man named Adam Smith. Smith thought he was doing a good thing by berating a Chick-fil-A worker about her allegedly hateful company, and he proudly posted the video of the encounter.

Howe writes, “I didn’t spearhead the charge, but I was one member of a growing Twitter mob. The hunt began immediately.

By the next day, Smith’s video long deleted, Internet sleuths had located his LinkedIn profile and, in short order, his place of work.”

“Smith said this pattern repeated itself in the years that followed, and his family eventually had to resort to food stamps to survive without his income. He says he became suicidal.”

Soon enough, he was fired from his job. Despite posting a public apology to the Chick-fil-A worker, named Rachel, he was then fired from other jobs once news of his connection to the initial video surfaced.

There is no forgiveness and no redemption in the cancel culture. One wrong move, and you are disqualified forever.

According to Howe, “Smith said this pattern repeated itself in the years that followed, and his family eventually had to resort to food stamps to survive without his income. He says he became suicidal, contemplating driving off a cliff so his wife and children could collect on his insurance policy, but he couldn’t bring himself to do it. His life had been completely and seemingly irreversibly destroyed.”

This is what today’s cancel culture does.

Just ask Drew Brees, longtime quarterback of the New Orleans Saints and one of the most popular players in the NFL. And, to my knowledge, a man never before accused of being racist.

But on Wednesday, all hell broke loose against him when he said that he “will never agree with anybody disrespecting the flag of the United States of America or our country.”

He was referring to the practice of some NFL players to kneel down during the national anthem as a sign of protest, and he was expressing his disagreement with it.

Was the statement ill-timed in light of the killing of George Floyd? Would it have been better not to say something like this at all right now? Even when pressed for his opinion about players kneeling in protest, could he have said, “Now is not the time to ask that question. I want to focus on the pain and frustration experienced by the black community across America.”?

There is no forgiveness and no redemption in the cancel culture.

Yes, I’m sure he could have held his peace or expressed himself differently. And he recognizes that as well.

So, on Thursday, he issued a lengthy, heartfelt apology, speaking with real humility. Then, some hours later, he issued a second apology.

But that will not be enough for many. They will want Brees’s head on a platter, so to say. His career must be over. Away with the man!

Some have called for Brees to be fired, despite his extraordinary career spanning almost two decades. Others have wondered if he will be forced to retire ahead of schedule. And plenty of others will want him to wear this reproach for the rest of his life. Let the name of Brees live on in infamy!

Actually, if you watch the video where he was asked how he felt about players protesting during the anthem, he explained what the anthem meant to him. When he hears the anthem, he said, he thinks of his two grandfathers. Both of them fought in World War II and risked their lives to protect our freedoms and to try to make America and the world a better place. The thought of this, during the anthem, sometimes moves him to tears.

So, for him, when we stand for the anthem, we are pledging our unity together, and that is how we can fix the real problems that still exist in our country.

That was it. That was his great crime. And forever, in the eyes of some, his legacy will be tarnished.

Thankfully, not everyone feels this way.

Joe Horn, himself a black American, said, “People should not be throwing Drew Brees under the bus, and they definitely need to pump the brakes on labeling him a racist. I know Drew Brees. Drew has done a lot to help black families and the black community in New Orleans. If Drew Brees didn’t love black families and low-income families he wouldn’t have helped the way he has over the years. People that are criticizing him like LeBron James and other celebrities don’t know him. They need to check his resume.”

“I love my race,” Horn said. “And I love New Orleans to death. But I know Drew Brees. And Drew is a good person. And until you have walked beside him and gotten to know him, his wife and family, you definitely have to give him a pass on this one and allow Drew a chance to think about what he said and come back and make this right. And I know he will.”

Sure enough, Brees did make things right, loudly and clearly. But will the cancel culture even care? For many, the answer is no. Redemption, for them, is a non-existent word.

“He Can’t Be Afraid to Say That”

Will you sow understanding, mercy, redemption, and forgiveness? Or will you sow ruthlessness?

What, then, will it be? Will you sow understanding, mercy, redemption, and forgiveness? Or will you sow ruthlessness?

Be careful how you choose today. You will reap the results tomorrow.