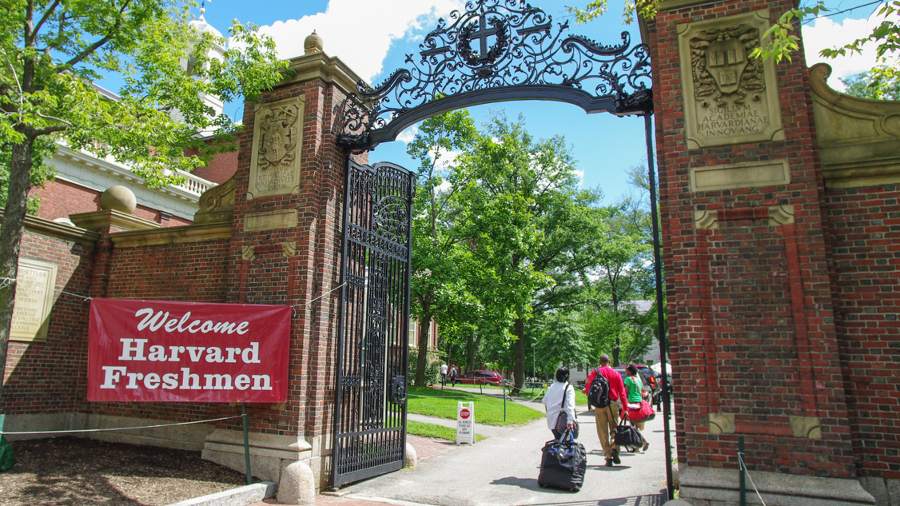 Democratic politicians and their media toadies are warning that the Supreme Court is poised to rule against the use of racial preferences in college admissions, putting diversity on college campuses at risk. Don’t buy their alarmist rhetoric. Campus diversity is a scam.

On October 31, the Court will hear oral argument in Students for Fair Admissions v. President and Fellows of Harvard College. That case will show that Harvard and other colleges that discriminate against white and Asian American applicants in favor of less qualified Black and Hispanic applicants — under the pretext of promoting student body diversity — offer Black and Hispanic students segregated college life. They have separate dorms, separate student activities and dining halls, courses of study geared to their own ethnicity and even segregated graduation ceremonies.

Black students who benefit from relaxed admissions standards are virtually guaranteed their contact with students of other races at college will be minimal. There’s Harvard and Black Harvard. The same is true at Yale, which provides an entirely parallel campus life for Black students, according to information submitted to the Court.

Affirmative Action is Not a Victimless Crime

The harm suffered by highly qualified applicants who are denied admission is the worst because they lack that single all-important feature: darker skin. Affirmative action is not a victimless crime.

The Court will hear about the cruelty and dishonesty of Harvard’s admissions process, which is rigged against high-performing Asian American students under the guise of promoting “diversity.” What Harvard does to these young kids is “appalling,” according to Students for Fair Admissions.

The late Justice Antonin Scalia explained how it should be: “In the eyes of government, we are just one race here. It is American.”

Harvard concocted a scheme to downgrade high-performing Asian American applicants by measuring what it vaguely calls “personality.” Even when Harvard alumni interview Asian American candidates in person and give them glowing reviews, the admissions office overrides those reviews and substitutes a low personality grade — low enough to knock many candidates out of the running.

Where is the Moral Uproar?

Many other universities now mimic Harvard’s system of demoting Asian American applicants. The Princeton Review cautions college applicants not to include a picture if they look Asian, and to avoid discussing their immigrant heritage. If this were happening to a more favored minority, the nation would be in a moral uproar.

The discrimination young Asian Americans face fills them with “despair” and feelings of “racial inferiority,” according to statements submitted to the court. In high school, many “undertake overwhelming study loads, literally working themselves into ill health” to compensate for the tougher odds of getting into college. “They suffer high rates of anxiety and depression” and are “1.6 times more likely than others to make a serious suicide attempt.”

If this were happening to Black high school students, there would be calls for congressional hearings and marches.

Meanwhile, the Left is slamming the Court, warning that it is about to overturn precedent. In 2003, the Court ruled in Grutter v. Bollinger that the University of Michigan could consider race in undergraduate admissions to secure “the educational benefits that flow from a diverse student body.”

Commitment to Diversity is a Ruse

Now it’s obvious that the higher education establishment’s declared commitment to diversity is a ruse. As two members of the U.S. Commission on Civil Rights, Gail Heriot and Peter N. Kirsanow, explain to the Court, “if the purpose of racial preferences is to create an environment where students are exposed to classmates of different races and backgrounds, establishing separate racial enclaves is a strange way to go about it.”

If they actually believed that, Democrats in Congress would recommend denying federal funds to colleges and universities that segregate students. These pols are merely kowtowing to Black voters, the only voters, according to a recent poll, who still support racial preferences.

We Are One Race: American

Most Americans want all college applicants, regardless of skin color, to be treated fairly. The late Justice Antonin Scalia explained how it should be: “In the eyes of government, we are just one race here. It is American.”

That should be the rule at Harvard and everywhere in this land.