Plus the perfect story for when you think you're having a bad day. 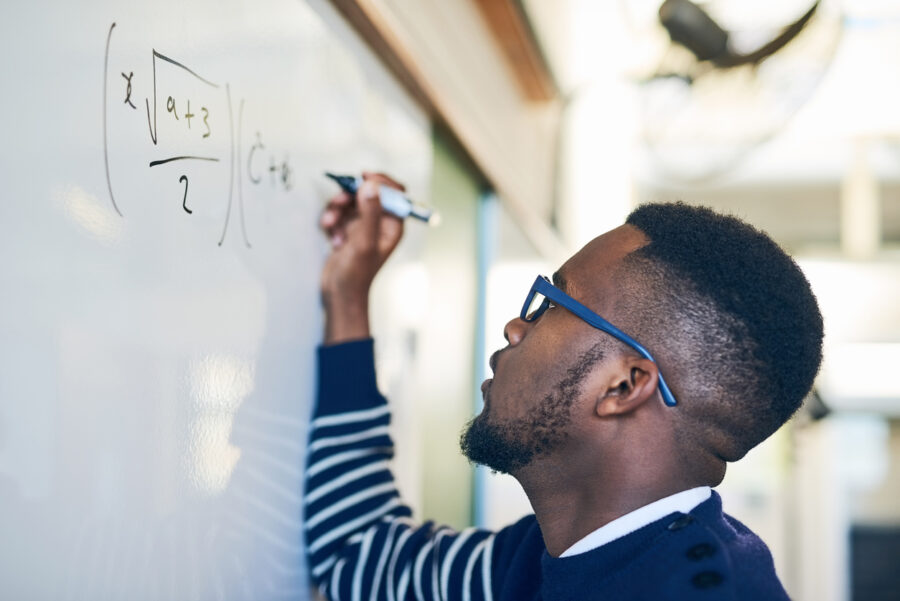 The word “marijuana” is racist, Democratic lawmakers in Washington State declared, and will no longer be used in state laws. Seems that way back, before World War II, marijuana was “negatively associated with Mexican immigrants,” said bill sponsor Rep. Melanie Morgan. The word was “used as a racist terminology to lock up Black and brown people.”

The preferred term is “cannabis.”

Joy Hollingsworth of Hollingsworth Cannabis Company told local KIRO-7, “It had been talked about for a long time in our community about how that word [‘marijuana’] demonizes the cannabis plant.”

And by golly, we can’t go around demonizing plants.

Just to be clear: According to the government of Washington State, it is okay to smoke marijuana all you want. You just can’t say “marijuana.” What else are these people smoking?

Whatever it is, they must have given the stuff free to the Dept. of Physics at Seattle Pacific University.

Whiteboards Could Be Racist Too!

Didn’t get your copy of the March issue of Physical Review Physics Education Research? Then you missed the greatest study in the physical sciences since Einstein published his “Special Theory of Relativity.” It’s called “Observing Whiteness in Introductory Physics Class.” Humanity owes a debt of gratitude to Campus Reform for uncovering this seminal scientific work.

The study concluded that whiteboards can have racist undertones and perpetuate whiteness.

Whiteboards display written information for public consumption; they draw attention to themselves and in this case support the centering of an abstract representation and the person standing next to it, presenting. They collaborate with white organizational culture, where ideas and experiences gain value (become more central) when written down.

In other words, Campus Reform says, “When students use a whiteboard to display work, they are drawing attention to themselves that may portray characteristics of ‘whiteness.’”

More seriously, if a Black student stands at a whiteboard to display his physics work, is he acting “white”? Maybe the whiteboard isn’t the one with the racism problem. Maybe it’s the authors of the study.

Remember how Joe Biden kept insisting he knew nothing about Hunter’s business dealings and had no part in them? Well, a new report from the New York Post shows that Hunter’s most prominent investment partner paid 19 visits to the White House while Biden was VP, including at least one sit-down with Biden himself. The partner’s name is Eric Schwerin, president of Hunter’s Rosemont Seneca firm.

Naturally, ABC, CBS and NBC News have ignored the story.

Will they also ignore the Daily Mail report that emails indicate Joe Biden paid Hunter’s legal bills for one of his multi-million Chinese deals? The Daily Mail also analyzed Biden’s financial records and can’t seem to figure out where $5.2 million came from.

Jen Psaki was asked whether Joe stands by his assertion that he had nothing to do with Hunter’s business dealings in the wake of the NY Post report. “He [Biden] maintains his same statements that he’s made in the past.”

Meanwhile, Biden’s Attorney General, Merrick Garland, on Tuesday shrugged off the need for a special counsel.

Kamala Harris Tests Positive for COVID. Not Considered a ‘Close Contact’ of Biden

Her press secretary reports that Joe Biden is not considered a “close contact” with Harris. Yeah, we saw that when Obama paid a visit to the White House and Harris wouldn’t go anywhere near her boss. And Harris is so toxic the EPA won’t even go near her.

Seriously, Harris just got back from a week on the West Coast and hasn’t actually crossed paths with Biden since April 18.

So What Does Jack Think About Musk Taking Over His Brainchild?

Jack Dorsey, founder and former CEO of Twitter, has given his blessing to Elon Musk’s purchase. Calling Twitter the “closest thing we have to a global consciousness,” he tweeted Monday that “taking it back from Wall Street is the correct first step.”

In principle, I don’t believe anyone should own or run Twitter. It wants to be a public good at a protocol level, not a company. Solving for the problem of it being a company however, Elon is the singular solution I trust. I trust his mission to extend the light of consciousness.

In principle, I don’t believe anyone should own or run Twitter. It wants to be a public good at a protocol level, not a company. Solving for the problem of it being a company however, Elon is the singular solution I trust. I trust his mission to extend the light of consciousness.

Sometimes you can’t help but think MSNBC is a sitcom. In the wake of news that Elon Musk had bought Twitter, MSNBC host Ari Melber expressed worry that Musk could “secretly ban” or “turn down the reach” of a candidate before an election.

Oh, my. Twitter being used to secretly ban or suppress a candidate?! Who could imagine such a thing ever happening?! Here’s the full, amazing quote:

If you own all of Twitter or Facebook or what have you, you don’t have to explain yourself, you don’t even have to be transparent, you could secretly ban one party’s candidate or all of its candidates, all of it nominees. Or you could just secretly turn down the reach of their stuff and turn up the reach of something else and the rest of us might not even find about it till after the election.

In his next segment, Melber also offered these warnings:

“If we are not vigilant an imperialist nation might go after Pearl Harbor.”

“Walls can be slippery. If Humpty Dumpty should get on one, he may well have a great fall.”

Elon Musk purchases Twitter and the left explodes. A number of celebrities and other snowflakes threaten to leave Twitter. Unhinged Hollywood director Rob Reiner wet himself over what could happen with a certain political figure. Singer John Rich torched him.

Democrats haven’t been this mad about an African fighting for freedom since they started the KKK.

You Had a Bad Day? She Dropped a Cellphone Down the Hole of an Outhouse … and It Got Worse

Your morning getting off to a rough start? As rough as this? “Woman Rescued After Falling in Toilet Trying to Get Cellphone”

Yep. Happened in Brinnon, Washington. Seems the woman dropped her cellphone into the hole of an outhouse up on Mount Walker and fell in trying to retrieve it.

According to The Kitsap Sun, the woman first tried using dog leashes to reach the phone. When that didn’t work, she used the leashes to tie herself off as she reached.

For 10 to 15 minutes she attempted to extract herself out of her stinky situation, but failed. Fortunately, she did recover her phone, was able to call 911, and was soon rescued. The woman was “strongly encouraged to seek medical attention after being exposed to human waste, but she only wanted to leave.”

Not sure I blame her. Imagine the embarrassment of turning an E.R. into a P.U.

Said the Chief, “I’ve been doing this for 40 years, and that was a first.”

A crucial new series from Tom Gilson is underway: “The Minuteman Strategy: How Your Church Can Still Save the World (Part One).”