The Minuteman Strategy: How Your Church Can Still Change the World (Part 1) 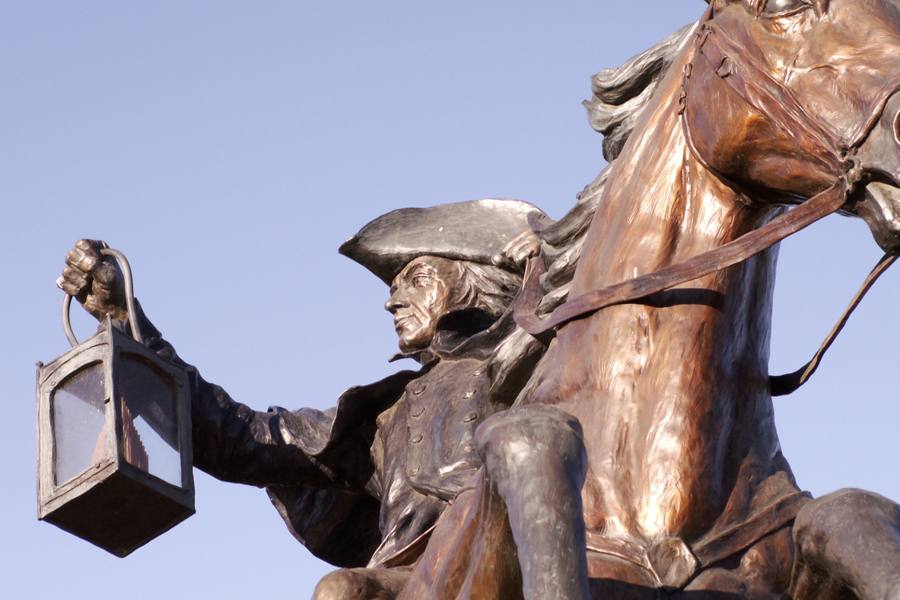 It must have been at the back of everyone’s mind at a meeting I attended in the Dallas area last month with Christian leaders. One pastor voiced it with real passion:

“We understand the problem: The world is going off the rails. What are we supposed to do about it, though? What’s our strategy? And who’s going to lead us?”

It’s a great question. Most of us were old enough to remember or even to have known leaders such as Billy Graham, Bill Bright, John Stott, and Chuck Colson, who helped show evangelicals the way through the late 20th century. They’re gone now. Who’s filling their place? Who’s leading our strategies now?

America is certainly heading for trouble. Christ is certainly the one answer. By any earthly measure, though, the Christian movement is losing more than it’s gaining here. So this pastor’s passionate cry for leadership and strategy made great sense.

But strategy must begin with reality, and here’s the reality with respect to leadership: We have no national Christian leader — certainly not of the stature of Billy Graham, anyway — and until God raises one up, we won’t. Christ is the Head of His Body, the Church, as always, and thank God for that. For this moment in history, though, we have no human leader to unify and direct our efforts.

That’s not pessimism. That’s the way things are. In fact, I think it’s a good thing. I’m not at all pessimistic about not having a national leader to follow. There’s a lot that can go wrong with following just one man or one small group of leaders. And the more the Church at large comes under pressure, and the more communications and travel may be cut short, the more important local community must become.

That puts the local church at the heart of Christian leadership today. Yes, we need leadership — strong, courageous, decisive, and above all faithful — and that leadership must be local.

This poses a massive question, though. The problems we face aren’t merely local; they’re regional, national, and global, ranging from anti-Christian legislation, to grossly immoral media, to the horrors of war. Can the local church realistically have a strategic role in changing the world?

The answer is yes. We have a clear and encouraging answer to look to in our own history.

Parallels With the Minutemen

Colonial America had a lot in common with our churches’ situation today. There was no United States, not even “united states”; instead there were the slowly, gradually, uniting colonies. The colonies had no central leaders, and no central structures existed until the Continental Congresses of 1775 and 1776. No one central person or group led the colonies until then and no centralized fighting force was built until the summer of 1775, when George Washington was named commander of the newly forming Continental Army.

“Every town had maintained its ‘training band.’” That’s our model. It worked then, and it makes sense for churches today.

Without centralized leadership, Americans were preparing, they were engaging, and they were acquitting themselves well in battle. They’d already fought several by that time: Lexington, Concord, Ticonderoga, Bunker Hill.

Their preparedness didn’t just come out of nowhere, though. Take special note of the last sentence in this excerpt from history about America’s Minutemen.

As early as 1645, men were selected from the militia ranks to be dressed with matchlocks or pikes and accoutrements within half an hour of being warned. In 1689 another type of Minuteman company came into existence. Called Snowshoemen, each was to “provide himself with a good pair of snowshoes, one pair of moggisons, and one hatchet” and to be ready to march on a moment’s warning. Minutemen also played a role in the French and Indian War in the 1750’s. … By the time of the Revolution, Minutemen had been a well-trained force for six generations in the Massachusetts Bay Colony. Every town had maintained its ‘training band’.

The Local Church as ‘Training Band’ for the Battle

Let that sink in. “Every town had maintained its ‘training band.’” That’s our model. It worked then, and it makes sense for churches today. Every church must maintain a training band, preparing intensely and purposely for the battles we face, and the greater battles yet to come.

America’s revolutionary victory sprang from many sources, one of which was Washington’s outstanding leadership. Before there was Washington, though, there were men in every town who had prepared themselves to fight, not knowing how strategic — how absolutely history-changing — that would prove to be.

Likewise, now is the time for Christians to train up. For battle. For real. And while we can draw upon resources from anywhere, we must train locally. That’s local leadership’s job; in fact, I would say more and more it’s becoming local leaders’ prime job. Christians need training, but few will take initiative unless pastors and teachers in their churches lead them there. Leadership must therefore be local.

It’s Going to Be Hard. Prepare for It

We’re at war, and if images from Ukraine tell us anything, war is hard. We didn’t start it, we don’t want it, but we’re getting shot at. A lot. These aren’t bullets and bombs as in Ukraine, thank God, but the attack is still real.

Need I remind you? You know the insanity that’s invading our schools, workplaces, media, the law, and even churches. We’re suffering major casualties from it. People talk about “deconstructing,” but it’s really people walking away from Christ, because anti-Christian culture has won them over. It’s killing our children, spiritually and sometimes physically. It’s tearing whole cities apart.

Soon enough Christian leaders here in America will find themselves under increasing attack, as we’ve already seen with Jack Phillips, Barronelle Stutzman, and pastors in Canada and Finland.

So yes, it’s going to be hard. War is always hard. We could keep doing church as always, but look where that’s gotten us: day after day, from one front to the next, we’re losing ground. Again, I’m speaking in terms of earthly measures, as God is undoubtedly redeeming all this in ways we cannot see; but He makes us responsible for what we can see, not what we cannot. The war is on. It’s time we trained up as if we thought these battles matter — because they do. For the sake of our churches, for the sake of our children, and for the glory of God in Christ, they matter a lot.

I do need to be clear on three things I am not saying here, before I move on tomorrow to finish with more of what I really do mean to say.

I’m not saying God isn’t already using leaders at regional and national levels, or that He won’t raise up more. I’m saying this is no time to wait for someone else, someplace else, to do what you can do locally. If we want leadership, let’s grow it up where it always grows up, first locally, then regionally, then beyond. God is doing that already, no doubt, but we must feed the process.

I’m also not saying it’s time to give up on state, regional, or national politics. Not at all. I’m saying we ought not rely on politics to solve more than it can solve. Besides that, most of the best Christian policy influencers I know, both in my home state of Ohio and in Washington, D.C., earned their chops through leadership, connections, and initiatives in local churches.

And finally, I’m not saying you’re on your own, either for unity, for strategies, or for resources. In part 2, tomorrow, I’ll be saying exactly the opposite, as I talk about resources for training and encouragement.

The Minuteman Strategy: How Your Church Can Still Change the World (Part 2)