The Brew: What Did You Miss? 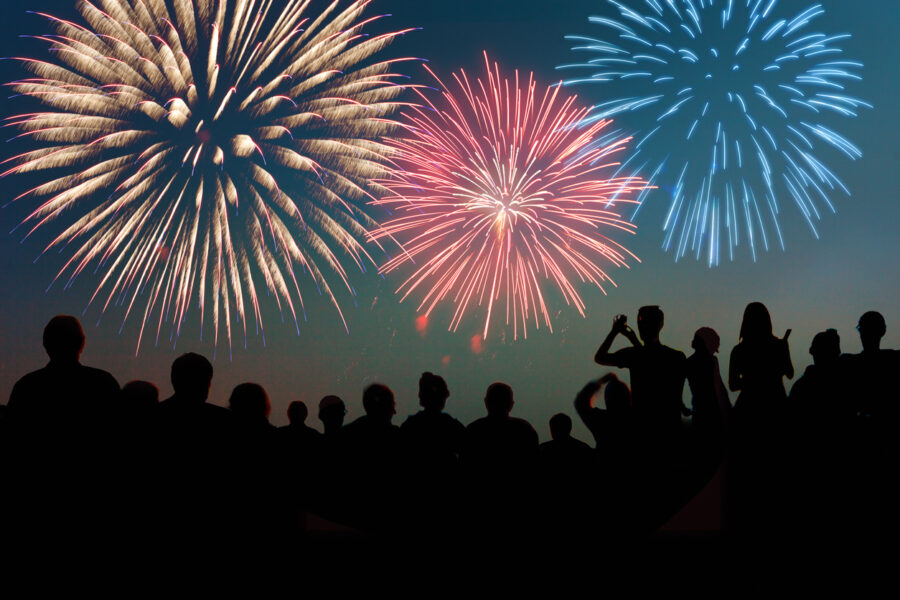 "Let celebrities like Jessica Chastain give America the finger on its birthday. We're gonna give it a hand."

Welcome back! Did you have a great 4th?

Is that today’s Brew I smell, or just the aloe for all the overheated skin?

The news didn’t stop to watch the fireworks, so let’s run through some of what went on while we had our face to the skies and mouth wrapped around a juicy burger…

Holiday turned to horror Monday morning when a gunman unleashed a hail of bullets into spectators gathered for a July 4th parade in Chicago’s Highland Park area. At least 6 people were killed and another two dozen injured. A suspect, 22-year-old Chicago rapper Robert Crimo III, aka Awake the Rapper, has been captured.

The Stream family prays for the families of those lost and injured.

Although we do not know the killer’s motivation, we have to ask who’d want to commit mass murder at an American Independence Day event … in a wealthy neighborhood? For that matter, a neighborhood that’s 30% Jewish.

Joe Biden wasted no time making it about politics. His opening line includes the phrase “gun violence.” “Jill and I are shocked by the senseless gun violence that has yet again brought grief to an American community on this Independence Day.” He would again use the expression “gun violence” in his close and boasted about his recently signed gun control legislation.

The president has spoken to the Illinois governor and mayor of Highland Park about today's deadly parade shooting. pic.twitter.com/0hMY6nz5bE

You know what isn’t in his statement? Any concept that the attack like this on Independence Day is an attack on America itself.

Crimo is a rapper, going by the name Awake the Rapper. He’s released three albums and assorted violence-filled rap videos (that now have been taken down.) One, called “On My Mind” is set in a classroom, and suggests Crimo going on a school shooting spree. (Crimo’s YouTube channels have since been taken down.)

Even more creepy are the lyrics for a rap called “Are You Awake.” Released October 15, 2021, the lyrics include …

Like a sleepwalker, I am unable to stop and think.

My actions will be valiant and my thought is unnecessary. I know what I have to do, I know what’s in it, not only for me, but for everyone else.

“There is no past or future, just the now. It is more abstract than I can ever imagine. I can feel the atmosphere pushing me in. It’s unstoppable, like a wave pulling me under, I can’t breathe without it.

“I need to leave now, I need to just do it. It is my destiny, everything has led up to this.

Nothing can stop me, not even myself. Is there such thing as free will, or has this been planned out, like a cosmic recipe?

Don’t want to read too much into rap lyrics, but conspiracy theorists are going to chewing on those lyrics like well-done steak. Lyrics like this:

“My actions will be valiant and my thought is unnecessary, I know what I have to do, I know what’s in it, not only for me, but for everyone else.”

Joey Chestnut won the Nathan’s Famous Hot Dog Eating Contest for the 15th time in the past 16 years — and took care of a protester … all while sporting a broken foot. Chestnut ate 63 hotdogs in 10 minutes.

In the middle of the competition, a protester went at Chestnut, who despite his broken foot and mouth stuffed with hot dogs, put the protester in a choke hold, dropped him, then went on competing.

In the women’s competition, Miki Sudo won her eighth straight Nathan’s contest she’s been in, having taken off last year to have a baby. Sudo downed 40 hot dogs in 10 minutes, beating the runner up by 14 hot dogs.

Fun times in the nation’s capital Saturday night as BLM stormed Georgetown, harassing diners at restaurants, yelling homophobic slurs and, according to The Blaze, “purposely tried their best to wake up every resident in the neighborhood.”

The funny part? It’s Georgetown. A ritzy, elite liberal part of D.C. The part of town where having a Black Lives Matter placard in your window or yard was almost mandatory.

Liz Cheney Needs to Get Help. ‘The Single Most Important Need is Protecting the Nation From Donald Trump’

Yeah, this weekend, when you were spending $100 for a tank of gas, or stuck at the airport, or grieving a relative killed by the fentanyl that Biden has let flow across the border, or watching as we inch closer to a fight with Russia, or ducking bullets and knives and fecal matter on an urban street, you’re thinking, “Trump’s our biggest problem.”

To hate Trump so much you’d rather see the country continue down the radical road to destruction and despotism than see him back at the White House fixing the mess isn’t politics. It’s Fatal Attraction.

Cheney spoke of how “crucial” it was to keep Trump from returning to the White House. One problem, Lizzy. How’s he get back to the White House? He runs in a primary. If GOP voters want him as their nominee, he’s the nominee. And then he’ll have to run in a general election. If the American people (again) say, “yeah, he’s our pick,” (and unlike 2020, the election is clean), he has been chosen by the American people. In other words, Trump doesn’t become president again unless Americans want him as president. Why does Cheney have so little faith in the American people? At the end of the day, are the voters who she really disdains?

Obama’s DHS Secretary Says If Biden is Not Going to Run, He Needs to Say So ‘Sooner Rather Than Later’

Former DHS Secretary Jeh Johnson thinks that if Joe Biden decides not to run, he needs to say so “sooner rather than later,” indeed before the mid-terms.

“Why wouldn’t I run,” Biden replied. “I love being a U.S. Senator.” Actually, Biden has been insisting he is definitely running again for president. Even if his own party isn’t so keen on it. In fact, according to The New York Times, Biden is getting annoyed by questions about 2024 and is “feeling a lack of respect from the party and the press.”

Sure, Joe Biden’s polling numbers have gone in the tank. (Too expensive to put anything else in the tank.) And even his own peeps aren’t showing him respect. But at least he’s being cheered by his pals and business partners among the Communist Chinese. Last week, Biden tweeted a request that gas stations lower their prices. “And do it now,” he commanded.

My message to the companies running gas stations and setting prices at the pump is simple: this is a time of war and global peril.

Bring down the price you are charging at the pump to reflect the cost you’re paying for the product. And do it now.

State-run Communist Chinese media jumped on it like Joey Chestnut on a hot dog. “Now US President finally realized that capitalism is all about exploitation.”

Now US President finally realized that capitalism is all about exploitation. He didn’t believe this before.

Stream contributor Mark Judge digs into the religious beliefs and worldview of Hitler, and he makes an interesting discovery. “Adolf Hitler Thought More Like Nancy Pelosi Than Donald Trump.”

A special treat this week. John Zmirak is actually taking some real time off. Like a vacation — not time off to finish a book or attend a conference. But he’s left us with four columns focused on his true passion: Beagles. We’ll be rolling them out every morning this week to the delight of dog lovers and non-lovers alike. Today’s is: “Nearer My Dogs to Thee.”