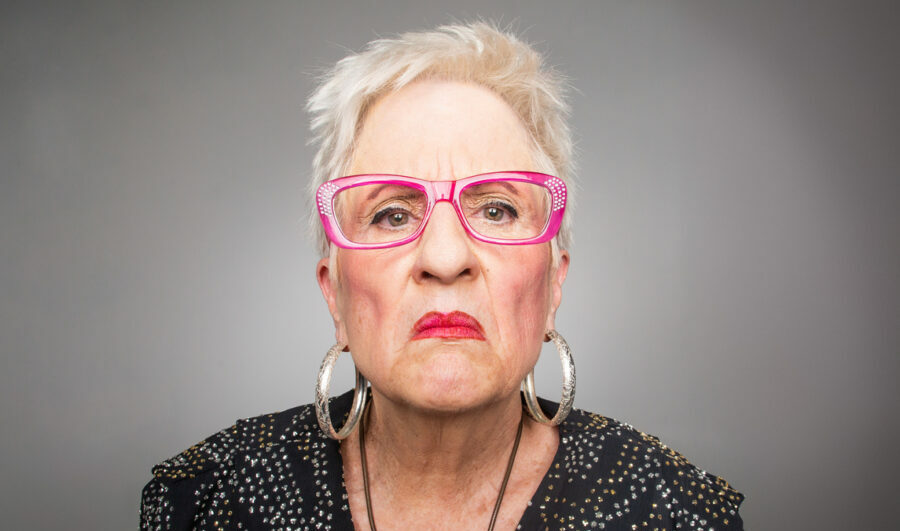 Joe Biden on Tuesday blamed Trump and the Republicans for the economic problems that kicked in long after the Orange Man was teeing off at Mar-a-Lago. And he took credit for healing the globe.

“I travel the world trying to put things back together. Trump did not leave a very good situation.”

BIDEN: "I travel the world trying to put things back together. Trump did not leave a very good situation. You think I'm kidding? No matter where I go in the world — They look at me and I say, 'America's back.' And they look at me, and they say, 'For how long?'" pic.twitter.com/D4futY7nsW

It’s one thing to put lipstick on a pig. It’s another to insist the pig is Miss Universe.

After White House Insisted Biden’s Running Again, Even Don Lemon Wondered If He Was Up for It

He’s running. Or so says the White House.

To be clear, as the President has said repeatedly, he plans to run in 2024.

Shortly after White House press secretary Karine Jean-Pierre’s proclamation, CNN’s Don Lemon asked her if ol’ Joe was up for it. (Yes, that Don Lemon. Unless he was replaced by a less partisan clone.)

“Does the president have the stamina physically and mentally, do you think, to continue on even after 2024?” Lemon wondered.

Jean-Pierre laughed Lemon off like it was the most ridiculous question on earth.

She’s right. The question’s already been answered … every time he speaks in public. Which is why the White House, in Biden’s name, releasing a statement yesterday honoring “World Elder Abuse Awareness Day” is a pretty cruel joke.

The statement talks about promising a “comfortable and peaceful life with dignity.” And video talks even louder.

The Easter Bunny is in charge of Joe Biden

‘God Was on That Ballfield’: Fifth Anniversary of Attempted Massacre of GOP Lawmakers

Tuesday was the fifth anniversary of the attempted massacre of GOP lawmakers as they practiced for the annual Congressional baseball game. House Minority Whip Steve Scalise, who was shot and very nearly killed, released a statement thanking God.

Look, God was on that ballfield that day. There were miracles that no one can explain except that God was there protecting us, and I thank God every day that He was there to look out for all of us.

How much coverage did networks give the attempt on Brett Kavanaugh’s life on the Sunday morning shows?

Sick … especially when you consider:

They’ve also pretty much ignored the wave of political violence against pro-life centers.

Over the weekend, yet another center was firebombed. This time in Gresham, Oregon.

This weekend, pro-abortion activists firebombed a pregnancy center in Gresham, OR, which provided material help for mothers & children.

Imagine if this had been an abortion clinic. It would be headlines news. But because it’s a pro-life center, media & the Biden admin ignore. pic.twitter.com/qfBbtitV2G

Joe Biden had one constituency that hadn’t run away yet. White liberal women. But for how long. First, there was the baby formula shortage. And now, we’ve got a tampon shortage.

Even the Washington Post acknowledged it Tuesday. How’d we end up with a shortage of tampons, of all things? If we were smarmy, we could blame schools being forced to put tampons in boy’s bathrooms to appease the gender radicals.

However, The Post attributes the shortage to medical materials being diverted toward COVID response needs, higher prices for cotton rayon and plastic, and higher transportation costs. Production cuts in China and a rash of product recalls are also contributing to the shortage.

The Post article is an interesting read. Though one can’t help but note how at the end the writer can’t help but move the topic toward the environment. “Applicators and other waste from menstrual products contribute greatly to the plastic pollution choking the oceans.”

I tell ya, Trump did Liz Cheney wrong at some point. Case in point: On Monday night, Select Committee Chairman Bennie Johnson said there’d be no criminal referrals for Donald Trump or anyone else coming out of the hearings. “That’s not our job. Our job is to look at Jan. 6, what caused it, and make recommendations after that … . We don’t have the authority.”

“We’ll see about that, Sparky,” said Liz Cheney. Well, not in those words. Cheney immediately tweeted, “The January 6th Select Committee has not issued a conclusion regarding potential criminal referrals. We will announce a decision on that at an appropriate time.”

The January 6th Select Committee has not issued a conclusion regarding potential criminal referrals. We will announce a decision on that at an appropriate time.

For more on the hearings, including Trump’s written response, see “Trump Responds to the Sad Story of the J6 Hearings.”

Meanwhile, Wednesday’s planned hearing was delayed for “technical reasons.” Trump trolled the committee. “Word out that the reason the Unselects have canceled Wednesday’s Kangaroo Court is a total lack of interest leading to very poor television ratings,” he wrote Tuesday on Truth Social.

“Could this be so? Maybe they should try getting a more talented Hollywood producer than the former President of ABC Fake News. He didn’t do so well!”

Oh, how proud people must be who donated to BLM thinking the group had any real interest in racial justice or African-Americans. The latest? Clyanna Lightbourn, the co-founder of the Upstate New York chapter of BLM was arrested after her leftist pals released hundreds of cockroaches inside an Albany courtroom while she was being arraigned with three other radicals for protest-related activities.

Finally, Proof That Everything Biden Touches Actually Does Fall Apart. Everything.

I really thought it was a cliché, an exaggeration: “Everything Biden Touches Falls Apart.”

Then I saw this.

An inspiration piece inspired by our editor-in-chief: “You Need Anything?”

Inspirational in a different way, and very, very interesting, from Dr. Michael Brown: “Honored to Be Called the ‘Original Screamer’ by a Trans-Activist Against Transitioning Children.” P.S. I’ve never seen a grown man so excited about a long-sleeve t-shirt.