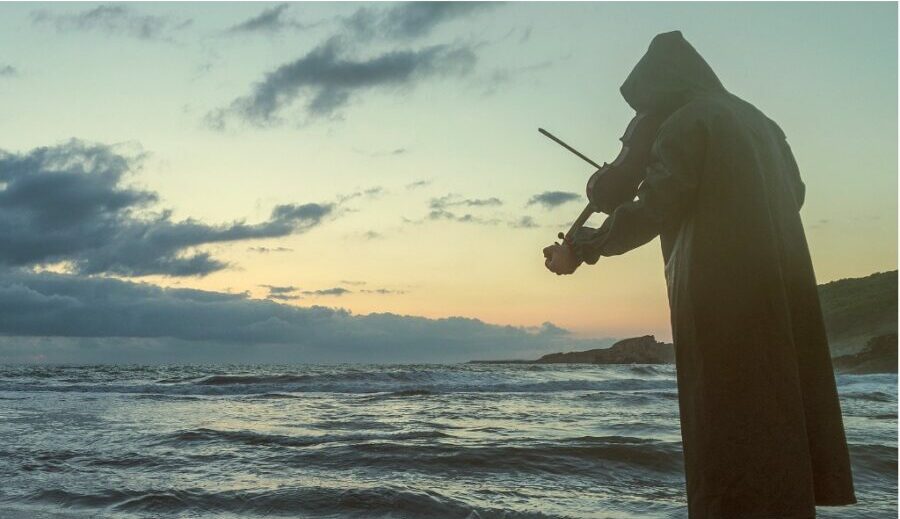 Here’s today’s Brew … though it seems we should be ordering more Texas Tea.

But wait, there’s more. Do you know who’s a major investor in Venezuelan oil?  Wait for it … Vladimir Putin. Putin made a $6 million investment in 2018. And in 2020, Venezuela’s Rosneft handed all of its Venezuelan assets to a 100% Russian state-owned entity in order to avoid U.S. sanctions. Here’s the AP story.

So we’re blocking Russian oil to punish Putin by buying Venezuelan oil to the benefit of Putin. While Putin sells the oil we’re not buying to someone else. Take that, evil guy!

You ever hear of this guy Putin? Seems when he was not busy planning to invade his neighbor, he was busting his tail behind the scenes pushing the Green New Deal and the cancellation of the Keystone XL pipeline.

So Biden and friends have been exercising an energy policy promoted by Putin to boost Russian energy fortunes, a policy that has declared all-out war on American oil and natural gas production. There’s another word for that. Oh, right. “Collusion.”  And we’re paying the price.

How weak and inconsequential has the American president become? According to the Wall Street Journal, Middle East leaders aren’t taking his calls. They’re taking Putin’s calls. But Biden’s? “Tell him I’m taking my favorite camel for a spin.” When telemarketers have an easier time getting people on the horn than the U.S. president we have a serious problem of leadership.

Biden’s been wanting to yap with Saudi Arabia and the United Arab Emirates to convince them to drill more oil. (Psss, Joe. There are a lot of places you can call for more oil … without having to pay international phone rates.) As one American oil producer said, “Move over, Biden” and let us get ‘er done.

What’s Saudi Arabia’s angle? They reportedly want Biden to give greater support to the Saudi war in Yemen. Imagine if Biden agrees to give that support. In essence, Biden would be getting more people of color killed to help save white people in Ukraine. (However, he’s also fixing to lift sanctions on Iran, and get more oil out of them. And they wouldn’t take kindly to Biden helping the Saudi’s in Yemen. That’s the problem with giving up energy independence to satisfy the Green cultists. You can’t tell either country to buzz off.)

Speaking of Biden and Race…

A new entry for the Biden Racial Stereotyping Hall of Fame.

Joe Biden: "The three congressman you have here, two of them look like they really could and did play ball and the other one looks like he can bomb you." pic.twitter.com/UtQXRng6wx

Congress is racing to get $14 billion more to Ukraine, and America is walking to the “edge of direct conflict” with Russia.

Who’s put millions into the pockets of the Biden, Kerry and Pelosi families? Ukraine.

Who were the biggest donors to the Clinton Foundation?  Ukraine. (Ukrainians, technically.)

Who is Bill Clinton restarting the Clinton Global Initiative for? Ukraine.

Who worked in 2016 to help elect Hillary Clinton? Ukraine.

Who granted Biden the favor of firing a prosecutor to protect Hunter and the energy company Burisma? Ukraine.

Who else is going to end up dying because of the chit being cashed in?

As you mull on that, you might want to check out a 2014 op-ed from Henry Kissinger. The former Secretary of State predicted the very conflict we are seeing: Russia and the West in a confrontation over Ukraine … when Ukraine could serve as a bridge between Russia and the West.

Masks, Vax, Lockdowns Did Nothing to Impact COVID Rates?

The New York Times admitted it Wednesday: Mask mandates, vaccine mandates and lockdowns had a marginal effect on COVID rates. Those of you in blue states suffocated under the mandates caught the virus just as much as people breathing free.

You sharp readers of The Stream knew this back in April of 2020. Douglas Axe wrote an article “Our Heroic Efforts to Stop the Coronavirus Could Be Great Pain for Little Gain.” Read it and ask: Who was right? Douglas Axe or Dr. Fauci and his media sycophants?

Project Veritas bags another one. Pulitzer Prize winning national security correspondent Matthew Rosenberg was caught on tape mocking the left’s “overreaction” to January 6: “They [media] were making too big a deal. They were making this an organized thing that it wasn’t,” he told an undercover female reporter.” His own experience that day? “Fun.”

Rosenberg also speaks of a “ton of FBI informants among the people who attacked the Capitol.”

Can We Say “Out of Touch”? House Democrats Host Drag Queen at Annual Retreat Wednesday Night

While racing towards a war with Russia and economic collapse at home, the House Democrats took time out for their annual retreat. And topping the entertainment at last night’s banquet, a drag queen named Lady Bunny.

Amazingly, the House Democrats found one of the few entertainers happy to rip on Democrats, as Daily Caller reported.

Remember that talk last month about Hillary running in 2024?

Wow. If Dems go this route, they are begging to lose. What will the slogan be? "We know Joe's a corporate hawk and a liar. But unlike Biden, Hillary's not senile!" pic.twitter.com/NOnzsHxesR

Even more amazingly, Lady Bunny is less garishly made up than Nancy Pelosi. But I digress.

Dropping Tchaikovsky Because of Russian Invasion?

The Cardiff Philharmonic had an all-Tchaikovsky concert scheduled for next week. However, Tchaikovsky has been dumped from the program “in light of the recent Russian invasion.” The 1812 Overture was deemed “inappropriate,” which is curious since Tchaikovsky wrote it to celebrate Russia’s successful defense of Napoleon’s invasion. Seems dedicating it to those who are defending from a Russian invasion would make more sense than taking out on poor Tchaikovsky, who died six decades before Putin was even born.

What next? Making Matryoshka dolls stand in a corner? Face the wall?

In related news, the Academy Awards announced they’re going to give Rocky IV a special Oscar because in it he beats up a Russian.  I may have made that up. Or am I being prophetic?

Jason Jones and John Zmirak team up for a fascinating “Russia is Mordor, But the West is Sodom.” A choice between Putin and Soros is no choice at all.

Nolan Lewallen walks the yellow brick road with “The Biden Administration and The Wizard of Oz: No Heart, No Brains, No Courage.”