The Brew: Even Nature is Now Dumping on Poor Joe 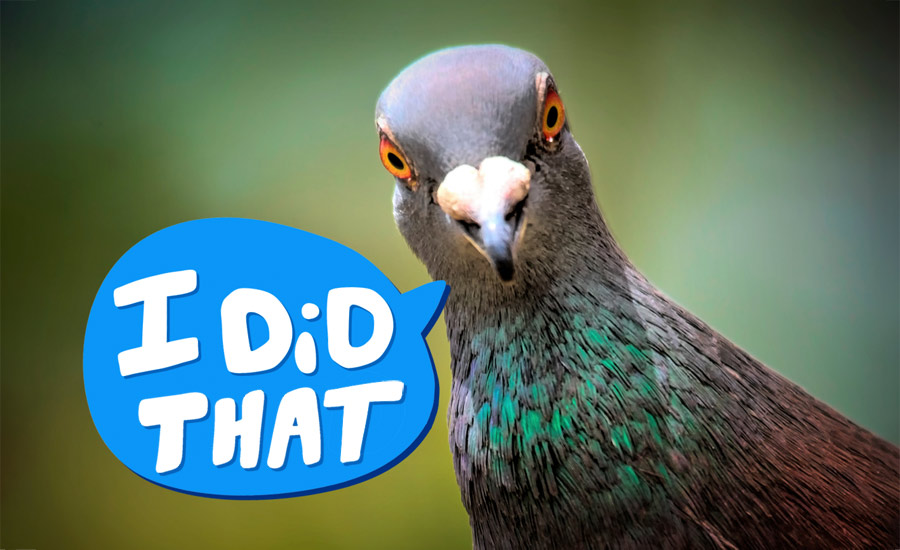 Before we start pouring, we want to send our prayers to the victims of yesterday’s subway attack in Brooklyn.

And forgive me, Lord, for my first thought upon hearing the news that the suspect was at large was, “No. It’s New York. He’s probably already been captured and released.”  That “person of interest” Frank James remains at large as of 7 a.m. Eastern.

Consumer prices rose 8.5% in March. The highest one month jump since 1981.

E.J. Antoni, of The Heritage Foundation’s Center for Data Analysis, offers one explanation for the skyrocketing rate.

“This is a direct result of Biden’s Federal Reserve being too preoccupied with ‘diversity,’ ‘equity,’ and ‘climate change’ while ignoring all the warning signs on inflation for more than a year.”

Of course a conservative think tank is going to blame Biden. Then again, Democratic Sen. Joe Manchin said nearly the same thing: The Biden Administration “failed to act fast enough.” Added Manchin, “Inflation is a tax and … these taxes on Americans are completely out of control.”

Biden had declared in December: “It’s the peak of the crisis.” This, after months of saying inflation was transitory. Now, Putin’s the favored excuse.

But fear not. Joe announced he’s got a plan to whip inflation now. He’s signed off on the emergency use of E15 gasoline this summer. That’s gasoline containing 15% ethanol, a fuel made of corn. So three weeks after warning food shortages are “going to be real,” Biden’s solution to the inflation crisis is to burn more of a food source.

Why ethanol, rather than working to increase our fossil fuel production? Because ethanol is seen as Green, and Biden bows at the altar of the environmentalists. Is ethanol actually better for the environment than gasoline? Nope. Not according to researchers at the University of Wisconsin, Madison.

Thomas Richard Glazewski of Manor Township has been charged with disorderly conduct, harassment and criminal mischief. His crime? Putting Joe Biden “I Did That” stickers on gas pumps. (And getting feisty with police when arrested.)

No, Glazewski’s not Paul Revere getting busted on his historic ride through the Boston countryside. But there is something decidedly American about the story.

For the first time i see the Saudi TV mocking the US administration. pic.twitter.com/8vPtU0txJ8

Sure, comedy shows are going to mock an American president. But this sketch comes just weeks after reports surfaced that the Saudi Crown Prince Mohammed bin Salman had refused to take a call from Joe Biden.

So, our biggest Arab ally can’t make time for Joe, but they can make fun of him.

But it’s not just Americans and the international community making fun of Biden.

The animal kingdom is also dumping on poor Joe.

Yesterday, during a speech in Iowa, a bird scored a direct hit on Joe Biden. And you thought Obama giving him the cold shoulder last week was brutal.

A bird pooped on Joe Biden during a speech in Iowa. He’s probably gonna blame Putin, isn’t he? pic.twitter.com/TXtnAMgodo

When even nature expresses its displeasure, perhaps it’s time to pack it in.

New York Lt. Gov. Brian Benjamin was arrested Tuesday and charged with bribery, wire fraud and falsification of records while a state senator. By evening, Benjamin had resigned.

According to the New York Times, Benjamin is charged with “conspiring to direct state funds to a Harlem real estate investor in exchange for orchestrating thousands of dollars in illegal campaign contributions to Mr. Benjamin’s unsuccessful 2021 campaign for New York City comptroller.”

Gov. Kathy Hochul elevated Benjamin to Lt. Governor after she took over when Gov. Andrew Cuomo was run out of office for his misdeeds. She promised to end the corrupt ways in Albany.

How’s that working out so far?

Good news for Alec Baldwin! His MSNBC show will no longer be the biggest bust in cable news history. CNN+, launched only two weeks ago, is already gasping for air. Fewer than 10,000 people are using the streaming service on a daily basis, sources told CNBC. And the service may not survive the pending merger with Discover. Original projections were for 2 million paid subscribers within the first year.

“Wait,” says the average person hearing about this for the first time. “CNN expects people to pay for programming when fewer and fewer people are watching their programming for free?”

Yep. CNN is both dishonest and delusional. According to Axios, hundreds of millions of dollars are expected to be cut from the network’s original plan to spend a $1 billion over the next four years.

“We continue to be happy with the launch and its progress after only two weeks,” a CNN spokesperson said.

With all the bad news going on, we could at least tell ourselves, “Oh well. Could be worse. At least a huge comet isn’t hurling towards earth.”

Well … NASA announced Tuesday that the largest comet ever recorded is heading our way. The Hubble Space Telescope spotted the beast. Its nucleus is estimated to be 85 miles across and weigh 500 trillion tons.

Astronomers insist the comet, officially known as C/2014 UN271, doesn’t pose a danger to Earth. It won’t get any closer than the planet Saturn in 2031.

You been following the story of the two men who infiltrated the Secret Service, pretending to be with Homeland Security? Mike Huckabee has the latest.

Timothy Furnish is back with a biting look at Homeland Security’s obsession with white “domestic terrorists” in “Our Government: Gone to the Dogs?”

Also, just up, from our friends at Breakpoint, “Biden Administration Proclamations on Transgenderism Threaten Religious Freedom.”