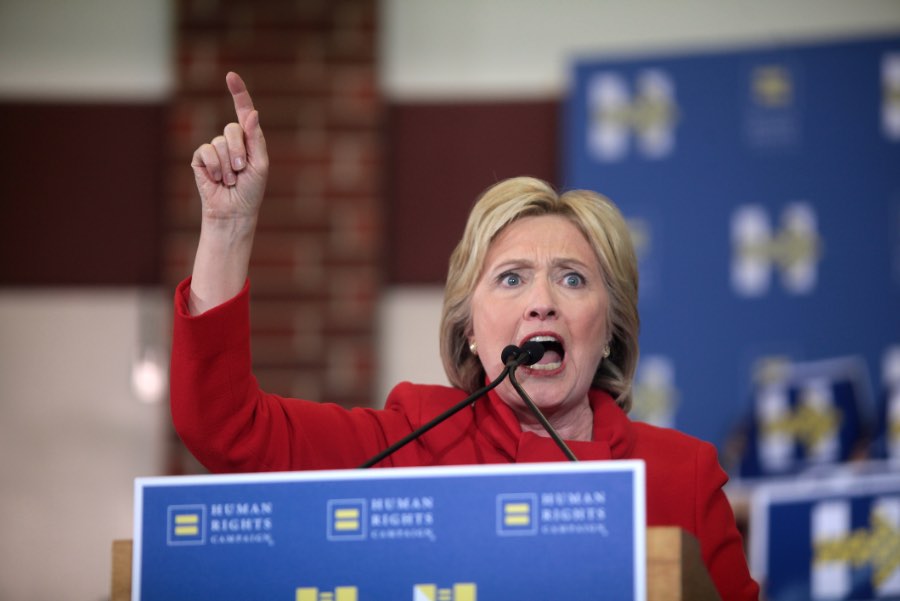 Yesterday’s commentary about former FBI General Counsel James Baker’s testimony that he argued with then-FBI Director James Comey about whether Hillary should be indicted on the Espionage Act left us with one huge question — one I think we have the answer to.

According to Baker, he and his colleagues went round and round for “a period of time” on this issue. Baker was “appalled” and “alarmed” when he saw how deeply classified the materials on Hillary’s server had been, and he thought there was evidence to indict. Keep in mind, Baker was the top attorney at the FBI; his job was to be their resident high-ranking legal expert and resolve issues such as this. His role was to advise Comey, not the other way around.

But Comey — who was not supposed to be deciding for or against prosecution anyway; that was for the attorney general — had already made up his own mind, producing a report that changed the legal term “grossly negligent” to the softer “extremely careless” (though in fact they mean the same thing) in describing Hillary’s wrongdoings. He and others at the Bureau kept arguing with Baker until he finally changed his mind.

So the big question is: What was it specifically that changed Baker’s mind? Did they finally just wear him down, or was there some particular thing?

Dan Bongino has a lot of understanding of the inner workings of government entities such as the FBI, having been a Secret Service agent. His podcast from Thursday (Episode 927, with the appropriate title of “Justice Is Dead”) addresses this question and fleshes out a scenario we’ve all suspected.

First, he makes the point that Comey, being in law enforcement but not a lawyer himself like Baker, is being influenced primarily by political considerations (Hillary as a viable candidate), not legal (Hillary as a lawbreaker). He’s disregarding the opinion of the person who is most qualified to set him straight on the legal aspects of this case.

Next, he poses the question, what were the highly classified documents found on Hillary’s server that sent alarm bells through James Baker? We know from computer records that when Comey was drafting Hillary’s exoneration, he deleted references to emails she had exchanged with President Obama while she was in a foreign country. No wonder he took that out — the implications were staggering. Her communications with Obama (super-classified stuff) were easily intercepted by a foreign actor. Can you say “appalling”? How about “alarming?”

We know Comey changed the specific reference to Obama to “a senior government official.” A later version removed even that.

We also know that by this time, Obama had already said he was not aware of Hillary’s use of a personal server until he heard it from the media. In other words, he lied. (Recall that Obama used to say that about a lot of things.) Even worse, if Hillary were prosecuted, Obama would have been a witness in the case, even a co-conspirator. The President had been getting classified emails from Hillary from a non-secure, non-government email address.

Now, here is where Bongino’s former role working inside the White House comes in handy: To Obama supporters who say he wouldn’t have necessarily known the address, that it might have just been loaded into his phone, he replies that this explanation is not possible. As Bongino tells it, Obama had a personal Blackberry. A branch of the military, the White House Communications Agency (WHCA), working in conjunction with the Secret Service Technical Security Division and other departments, determines how the President is going to communicate with his Blackberry and any other device. The President is not going to be interfacing with a non-secure device unless it’s been pre-approved.

So, here’s what it looks like: Hillary was guilty, guilty, guilty of putting highly classified material at risk by setting up a private server while she was Secretary Of State. In doing so, she violated the Espionage Act. She did this deliberately, likely to hide documents from Freedom Of Information Act requests, and knew what she had done. The top FBI officials knew it. The top lawyer for the FBI knew it. Hillary’s aides knew it (and also lied about knowing it). Obama knew it. He lied about knowing about it. And he himself was implicated in the crime.

The magnitude of this was enormous, especially in the summer of 2016, when Obama was still in office and Hillary was running for President. If I had to guess, I’d say this is why Baker changed his mind from “She should be prosecuted,” to “Okay, let’s drop it.”