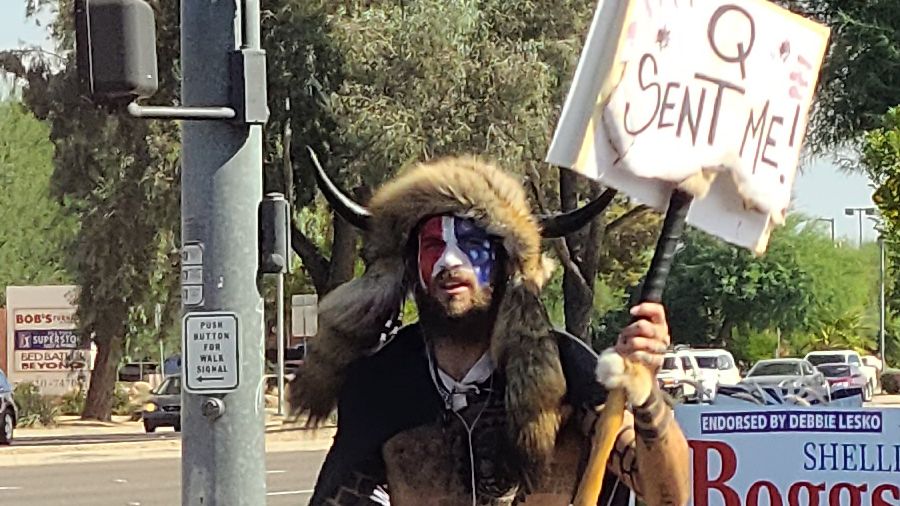 I stopped reading National Review on January 7, after its editors’ disgraceful, pusillanimous, servile response to the election integrity rally that happened the day before. I canceled my subscription, and promptly forgot that the magazine had ever existed.

I had a nasty flashback on Twitter today, when I saw this eruption of queenish spite:

Me @NRO: The QAnon Shaman Gets 41 Months in Prison. Good. https://t.co/9Qu4kSkIAe pic.twitter.com/Gpi7c9v6PP

I clicked on the link for a few solid minutes of hate-reading, but saw that the column itself is behind a paywall. And I realized that I’d just as soon send a personal check to the North Korean government as to National Review.

A Tame Prison Newsletter Edited by the Snitches

The magazine reads like a tame prison newsletter for inmates perfectly satisfied to help the guards of our Oligarchy enforce their draconian rules. And maybe lobby for pepperoni on the pizza for movie night. After months of public agonizing in 2016, to save its bottom line, NR allowed for the possibility that Trump just might be better than electing Hillary Clinton. It kept on running Jonah Goldberg and David French’s insufferable preenings well into Trump’s term in office, till they fluttered off to form The Bulwark, the house organ of the sorority Beta Dogma Stigma.

It’s bad enough that the right leaves behind its wounded on the field. (I remember how top editors at NR rushed to savage Nick Sandmann based on a few minutes of garbled CNN propaganda video.) But we really don’t need a self-proclaimed “official” magazine of our movement that goes back and slits their throats.

In what I could read for free of McLaughlin’s column, he brays about the need to “make an example” of Jacob Chansley. Spoken like a true prison snitch, who’s lobbying the warden for an extra carton of cigarettes. It doesn’t matter that leftist arsonists walked free, McLaughlin croons. We shouldn’t lower ourselves to the left’s level by defending our own least polished, most luckless supporters. Under the bus they go! Warden, those shoes could sure use some spit and polish, may I?

What veal calves like McLaughlin refuse to consider is how physically dangerous and civically toxic it is to have a political double standard. If members of one political party can conduct violent riots with support from a vice-presidential candidate, it’s actually far worse if the other party hides in their homes. Ever heard of “deterrence”? Our country points nuclear weapons at Moscow and Beijing according to that principle. Maybe we shouldn’t “descend to those foreigners’ level.”

If one party can burn and riot, and the other can’t even get raucous and cross a few police barricades, that means something. It means there’s an official political orthodoxy. That those who don’t share it are second-class citizens. It’s political Jim Crow. By strutting into the Capitol building — as Democrats had in the Wisconsin state Capitol for more than a month — Jacob Chansley was striking a blow for equality. Just as surely as a black civil rights demonstrator illegally integrating a lunch counter.

There Are Actually Good Conservative Publications

It’s not as if I’m missing anything by waving NR goodbye. Want some thoughtful long reads? Try The American Mind, The Claremont Review, or Chronicles.

Looking for news-driven coverage and sharp commentary? American Greatness now publishes the best writers on the right. Victor Davis Hanson very sensibly jumped off the sinking Good Ship Lollipop, and publishes now at American Greatness. So does the erudite and scathing Roger Kimball. And the brilliant, fearless historian Paul Gottfried. Plus the sober analyst of our Machiavellian status quo, paleocon Pedro Gonzales.

Our Most Important Reporter

Best of all is the reporting of the intrepid Julie Kelly. She has braved the naked hostility of prosecutors and judges to uncover the truth about the abusive treatment of January 6 protestors. And her piece on Jacob Chansley — a non-violent, harmless eccentric and U.S. veteran — was appropriately compassionate. Let me quote from it:

Chansley, 34, pleaded guilty to one count of obstruction of an official proceeding, a felony applied to at least 220 Capitol protester cases. The post-Enron law was not intended to be used against political protesters; this is the first time the U.S. Department of Justice has charged political protesters with the felony count, which is publishable by up to 20 years in prison.

Joe Biden’s Justice Department accused Chansley — who committed no violent act and has no criminal record — of being a domestic terrorist and recommended a harsh jail sentence to “deter” future domestic terrorists. “The need to deter others especially in cases of domestic terrorism, which the breach of the Capitol certainly was,” assistant U.S. Attorney Kimberly Paschall wrote in the government’s sentencing memo. Biden’s Justice Department set the sentencing range between 41 and 51 months and asked for the maximum prison time.

Paschall admitted in court that Chansely did not destroy any property or assault a police officer but claimed his conduct was “not peaceful.” Contrary to allegations contained in the government’s filings, Chansley walked through an open door on the east side of the building and spoke with Capitol police, who told Chansley and others that “we’re not against . . . you need to show us . . . no attacking, no assault, remain calm.”

In a heartfelt plea to Lamberth, Chansley asked for mercy, explaining the trauma he endured during 10 months in solitary confinement. He said he suffered from starvation, isolation, and depression that was exacerbated by the death of his grandfather while he was behind bars. “The fact I wasn’t there eats me up every day,” Chansley told Lamberth, a Reagan appointee. Chansley repeatedly admitted his guilt and expressed remorse for what he did. “I was in jail because I committed a crime.”

Lamberth commended Chansley’s remarks—“the most remarkable I’ve ever heard”—but nonetheless sentenced Chansley to 41 months in prison. “What you did was horrific,” Lamberth lectured. Noting Chansley did not attack a police officer, Lamberth told Chansley he “made himself the epitome” of what happened on January 6 and lamented the “serious nature of the crime itself.”

Let Him Know He’s Not Forgotten

Later on, Ms. Kelly did us all a favor and posted the address of the prison where Mr. Chansley will serve an outrageously long prison term, while Antifa arsonists strut, preen, and plan to riot if Kyle Rittenhouse is acquitted of fake murder charges.

You can send letters, Bibles, etc to Jacob Chansley at this address:

I went on Amazon immediately and sent Mr. Chansley something to help him get through his unrighteous sentence. I hope you will join me, sending him books that you would want if you were in his place. He doesn’t need multiple Bibles, so I suggest The Lord of the Rings, novels by Dostoevsky or C.S. Lewis, collections of Shakespeare, Tom Clancy novels, sound spiritual reading — use your imagination! And send a forgotten American your prayers.

I sent this political prisoner a copy of The Gulag Archipelago.