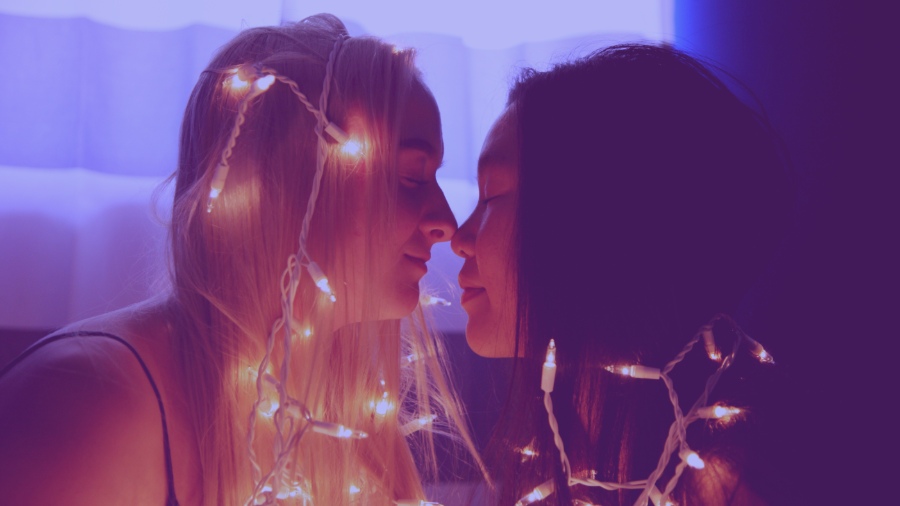 The new article, by astrologer Lisa Stardust, is titled, “How to Use Sex Magic to Manifest Your Best Self.” It contains quotes like this one, by Taylor Cordova: “Through sacred sex, we find a particularly ripe portal for making our wildest dreams come true and drawing our heart’s desire into our energetic field.”

Also quoted is Pam Grossman, author of Waking the Witch: Reflections on Women, Magic, and Power. And Stardust cites, “Professional witch and owner of Olde Ways, Michael Cardenas.” He “suggests using sex magic to align the spirit with the body in order to manifest self-love in a simple bath ritual.”

But this article is just one in a series devoted to “practical magic.” And it follows on the heels of articles like this one, from 2017, by “practicing witch” Sarah Lyons, titled, “Witchcraft: 10 Common Myths Debunked.” (And to think: Teen Vogue was once best known for its beauty tips.)

Some of my readers may have thought I was exaggerating when I wrote about “The Resurgence of the Feminist Witch” earlier this month. Others may have raised their eyebrows at the title of my forthcoming book, Jezebel’s War with America: The Plot to Destroy Our Country and What We Can to Turn the Tide.

I am deeply convinced that there is a spiritual connection between the rise of pornography in America, the rise of the militant abortion spirit, the rise of radical feminism, the rise of witchcraft and the rise of LGBT activism (among other, related phenomena).

But I am deeply convinced that there is a spiritual connection between the rise of pornography in America, the rise of the militant abortion spirit, the rise of radical feminism, the rise of witchcraft and the rise of LGBT activism (among other, related phenomena).

I believe the dots can be connected. And I believe they point back to “Jezebel,” meaning, that the same demonic powers that operated through Jezebel 3,000 years ago are operating again today. (See here for verses about Jezebel in the Bible.)

Teen Vogue has embraced an anti-God, anti-Bible mentality (whether consciously or unconsciously). And so, sex out of wedlock and sex work and sexually perverse acts are to be celebrated. Teen pregnancies, terminated without parental knowledge, are almost encouraged. And witchcraft and magic should be embraced.

Writing for The Guardian in 2017, Ruby Warrington observed, “Launched in 2004 as a little sister to US Vogue, Teen Vogue used to focus on the standard cocktail of fashion must-haves and celebrity worship. (A classic coverline from a 2005 edition was How To Get Perfect Party Hair.) But beginning with the August 2015 issue, the team, including then beauty editor Welteroth, engineered a shift.”

And, Warrington notes, “It is the website that runs Teen Vogue’s most overt political coverage, and has come to play a key role in repositioning the title as a passionate and informed, if unexpected, voice for the resistance.”

Specifically, this is “the resistance” to Trump. But it is more than that. It is “the resistance” to traditional values as well. In the words of digital director Phillip Picardi, “I thought it was really important to talk about reproductive rights, gender. To dig into politics and the news cycle.” And from a decidedly left-leaning, anti-conservative point of view.

In one video, a gay and transgender participant “talk about the role the internet plays in coming out of the closet, and finding your community as a queer kid in 2017. It’s really heart-touching, and honest,” says editor Elaine Welteroth.

Welteroth also wants her readers to understand things like “intersectional feminism,” something she did not know about when she was 14. Her young readers will certainly know about this today.

Little wonder, then, that with an agenda like this, Teen Vogue is now promoting witchcraft and magic, including sex spells to enhance personal pleasure. Jezebel would be proud. (I should also mention that Lisa Stardust, author of the sex spells article, writes for Sabat Magazine, which “fuses witchcraft and feminism.” No surprise.)

In my forthcoming book, I trace some of the origins of the radical feminist movement, including a prominent group from the late 1960s named “Women’s International Terrorist Conspiracy from Hell.” The group’s acronym was W.I.T.C.H.

Special note from the publisher: If you pre-order the hardcover version of Jezebel’s War with America, be sure to go here to receive two free e-books, along with other free, downloadable resources.