Protecting them well is going to take work on your part. War is like that. See it as a challenge to fulfill instead. 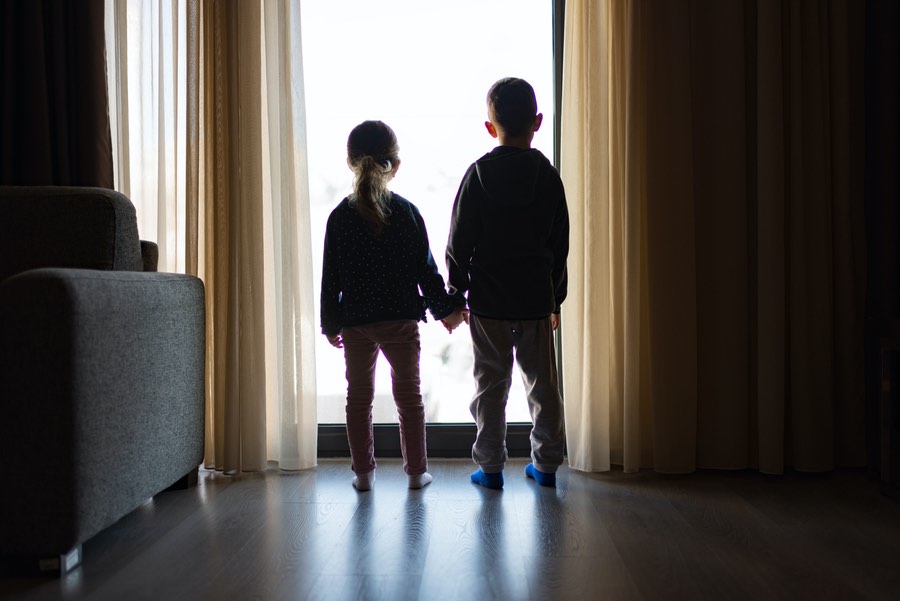 We can fight the lunacy in our culture. Yes, it keeps growing. More than ever before, it appears poised to roil over into real persecution of Christians. Still we can fight, and we can win. But we need to be wise in our strategies.

Earlier this week I wrote a thought experiment suggesting five strategy dimensions the country would follow if another nation invaded and took over a major city. The same five apply to strategizing against the country’s growing madness:

These are simultaneous strategies, and not one of them is sufficient without all the rest, but we need to consider them one at a time. Today: Protecting our people from harm.

The Harm We Face

The harm we must guard against is quite literally lunacy. The thought experiment is over, and has done its work for us. This is for real. Our nation is diving into delusion. In my youth delusions were common — hallucinogens were the drugs of choice — but they weren’t touted as foundations for “sound” public policy. Now they’re celebrated and enacted into law.

This is madness. It could also go by the name of confusion, lies, deception, and blindness, which points to its origins, which are spiritual. It comes from the father of lies, whose deceits are infecting America in numbers exceeding the coronavirus.

The harm is both public and private, temporal and eternal. On the one hand it’s driving terrible public policy, and on the other hand it’s turning individuals away from Christ. That’s especially true for young people, including churched young people, potentially even your own children, grandchildren nieces and nephews.

In other words, it isn’t just “somebody somewhere” who’s sustaining this harm, it’s our own family members. It’s our own people who need protection from these lies.

Indeed, in some ways it probably includes you and me. Because the deceptive fog drifts upon us all to one degree or another. And it really is murky. It veers just close enough to truth that it takes exceptionally clear vision to discern the good from the bad. Of course people of color need to be treated equally as human beings. Of course wrongs must be righted. If that were all the current racial turmoil were about, then every Christian, every person of good will should want to support it. Those truths are wrapped around with multiple lies and confusions, though.

This step of strategy is very local and highly decentralized — necessarily so, for protection from deceit starts at home. If you’re the parent, it starts with you. In fact, I hope it’s okay if I address you directly in that role. (If you’re not currently raising children, you’ll be able to figure out how it applies locally to you, too.)

Rightly speaking the task belongs to the church as well. I wish I could say it also belongs to the school, too. But too few of us have schools we can send our kids to that will do the job. In no case, anyway, can you as a parent simply decide to let either church or school do it for you. They’re your kids, not the school’s.

This is about deception. Wrong thinking. Confused ideas. So we have to meet the battle right where it’s being fought: On the field of ideas, beliefs, opinions, and values. As 2 Cor. 10:3-5 tells us, it’s spiritual battle.

For though we walk in the flesh, we are not waging war according to the flesh. For the weapons of our warfare are not of the flesh but have divine power to destroy strongholds. We destroy arguments and every lofty opinion raised against the knowledge of God, and take every thought captive to obey Christ,

We fight these battles through prayer, through knowing and teaching the truth, and by effectively taking others’ arguments captive — defeating them, in other words.

On that last point, let me remind you there’s real danger in simply telling youth, “The Bible says homosexuality is wrong” — or transgenderism, or socialism, or whatever the issue may be — without also discussing why it’s good that it’s true. We have to show how God uses His instructions to do us good, not harm. (Often you’ll find that answer by studying natural law theory, along with the Bible.)

Otherwise, count on it, your kids are bound to conclude, “The Bible doesn’t like it? Then I don’t like the Bible.” That’s not the message you want to send! So you can’t just leave it with, “The Bible says so.” You really have to explain both its truth and its goodness.

And we have to train our loved ones to be able to think these things through themselves. This goes beyond mere teaching. Soldiers train in simulated live-fire situations. Otherwise they’re doomed when battle begins. Your kids are going to need to practice up, too, as if they were under attack — because they will be. There are no civilians in this spiritual war.

Are you ready to do that with your kids? I get that it’s a challenge. I understand it will put you through some work. But this is about protecting your loved ones from serious harm. Isn’t it worth it?

Yes, It Looks Hard. I’m Sorry. Will You Do It Anyway?

There’s no ducking this responsibility. There’s no safe way to assume your loved ones will be naturally immune to the lies. No one is. Everyone needs teaching and training.

If you can get support in this from your church, then all the better. In fact, churches should take on exactly the same responsibility. Even good church support won’t absolve parents of their part in it, though. Even though it’s hard.

Okay, but then what? Begin with prayer. Pray and trust God through the whole set of strategies. Then start studying. If that doesn’t sound fun to you, think of it as a challenge, not a task. Think of it as fighting the fight for the spiritual lives of your family members.

Here are five key books to get you started. They’re all very readable. If you search, you can also find video versions of much of this. Meanwhile I’m publishing a companion article at Thinking Christian that will tell you why these books are good starting points, and what you can expect to gain from them.

These books are not so much about exposing the lies, but about revealing the truth and its reasons. That’s because even though you need some understanding of the deceptions, you need a much firmer grip on the truth — on reality. (There’s a reason I listed The Story of Reality first.)

And do keep praying. This is spiritual battle.