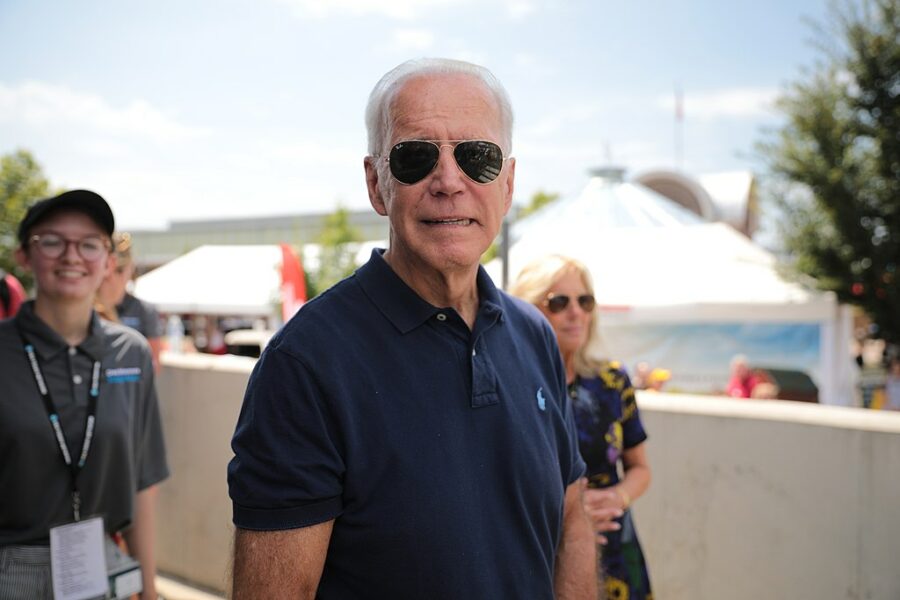 Joe Biden’s scattering classified information hither and yon dominated the Sunday talk shows. A sign as sure as any that the Democrats and real power brokers are gearing up to cut The Big Guy loose.

You know something’s in the wind when even network news and MSNBC shred the White House for its stonewalling. The White House says it’s being “transparent”… when it kept the discoveries secret for months. And they’re still at it.

On Thursday, White House Press Secretary Karine Jean-Pierre said the search for documents was “completed.” Well … on Saturday White House lawyers were forced to reveal that five more classified documents were found in Biden’s library than the one previously declared.

Ed O’Keefe of CBS News has been particularly tough on Jean-Pierre. Here’s a taste of what O’Keefe and the White House press corps are dealing with.

CBS News has particular reason to be aggressive. Story is they got wind of the discovery of classified documents at the Penn Biden office shortly after it happened in November, but could not get any response out of the White House. Couldn’t get enough confirmation to run with it, until breaking the story last week.

Even CNN’s Don Lemon is getting into the act. Lemon says the White House’s “misleading statements” create the impression they have something to hide. Just figuring that out, sport?

Amazingly, the Biden people are trying to blame … Donald Trump, suggesting that trouble with his people during the transition made packing up in 2017 a rushed affair. The claim is brazen and contemptible: Those weeks in January 2017, Biden and crew were working to “unmask” Trump associates (that is, illegally surveill them) and plotting to use the bogus Trump-Russia allegations to sabotage the incoming administration.

Plus, it’s not as if they didn’t know for four years they had to be packed up by January 20, 2017. Biden didn’t even run for a third term as VP.

Just How Badly Exposed Was This Highly Classified Information?

While Biden “stashing classified documents with his prized Corvette” sounds like something out of The Onion, we can’t lose sight of the grave stakes here. The Chinese, in effect, paid for the Penn Biden office. We know that the documents at the Penn Biden center dealt with Ukraine and other nations connected to Biden scandals. Did the Chinese have access? Hunter lived at the Wilmington house. What hasn’t he exposed?

Not Just a Box of Documents, But a Can of Worms

This scandal hasn’t just opened a box of documents, but a can of worms. The discovery of the documents at the Penn Biden Center exposes Biden’s financial windfall from the Chinese.

Hunter wasn’t just laundering his clothes at the Wilmington house. Did you know Hunter for a time said he was paying his father $50,000 a month in rent? For a house valued at just $2 million. The Big Guy has to get his cut somehow.

Remember Hunter griping in a 2019 text to his daughter Naomi about having to “pay for everything for this entire family for 30 years”? How, “Unlike pop, I won’t make you give me half your salary”?

The committee is concerned President Biden stored classified documents at the same location his son resided while engaging in international business deals with adversaries of the United States … .

So Comer said in a letter to White House Counsel Stuart Delery.

Exactly why is Biden stashing documents on Ukraine? We must know why. Not just because of the shady Biden Inc. profiteering with Burisma, but because this same Joe Biden has pushed over a $100 billion of our weapons and aid to Ukraine, stationed our bravest just miles away from the fighting, and goaded Russia into threatening a nuclear response.

You think those classified Ukraine documents Biden whisked from the White House and tucked away for six years are recipes for pierogis?

The House Launches an Investigation

The shady Biden, Inc., — and Obama era dealings — are now opened up like Joe’s garage door. But who’s going to rummage deep?

At this point, there’s little reason to put faith in Merrick Garland’s Special Counsel Rob Hur. Would you trust your daughter with someone who worked for Harvey Weinstein and Jeffrey Epstein? Then why would you trust an investigation of Biden to guy who worked for Christopher Wray and Rob Rosenstein? To say nothing of a man appointed by the thoroughly corrupted, politicized Merrick Garland.

That’s the same Merrick Garland who

The House GOP has formally launched an investigation into Joe Biden’s mishandling of classified information and is promising to investigate Biden, Inc. Unfortunately, now that DOJ is investigating, this same DOJ and the White House will use that as a convenient excuse to keep information and witnesses away from House investigators. The House insists that this won’t stop them. We’ll see.

Perhaps, perhaps, this will be the time the network news and mainstream journalists actually do their jobs. (Especially since the Democratic base and the party elites don’t want Joe to run.) We can already applaud CBS News for breaking the classified document story and publicly pressing the White House. Other White House correspondents beyond Fox News are also getting antsy and irritated.

We can hope that now that the green light seems to have been given to go after Joe, the competitive juices will send the other news outlets on a feeding frenzy. The classified documents are just the appetizer. Biden, Inc., is the steaming, juicy main course.

I suspect by the time they’re done feeding, the Big Guy will have plenty of time to drive that Corvette.