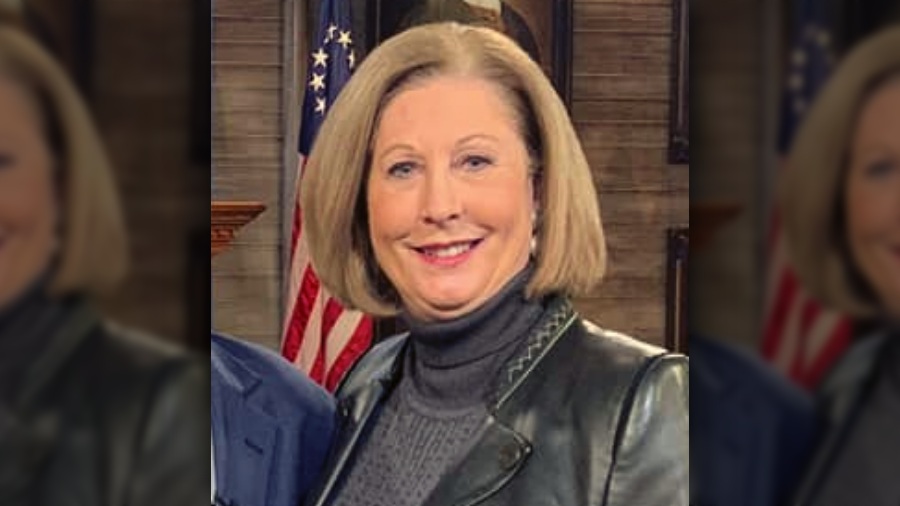 The U.S. Supreme Court decided not to even hear the case brought by Texas about other states’ unconstitutional handling of their elections and didn’t really explain why — “standing,” really? — but there’s another case, in Michigan, brought by Sidney Powell, that they’ve put on the docket.

This case was heard and dismissed by an Obama-appointed U.S. District Court judge as “an amalgamation of theories, conjecture and speculation.” Why would the Supreme Court decide to hear such a case?

This one involves the forensic audit of the Dominion machines, potentially affecting at least 200,000 votes in Michigan — what Powell has referred to as “the Kraken.” She wrote a letter to the Court alerting them to new evidence stemming from the audit done in Antrim County. As the NOQ Report says, “This audit shines a bright spotlight on what every contested state in the nation (and technically every state, period”) should be addressing in a hurry, namely the technological side of 2020 election fraud.”

There’s Nothing Frivolous About It

It’ll be interesting to see what SCOTUS does now. This case doesn’t deal with constitutional challenges as the Texas case did. Rather, it addresses hard evidence of blatant mail-in ballot tampering.

Amazingly, the city of Detroit is fighting back against Powell with a motion for a federal judge to sanction her and her team, ban them from practicing in the Eastern District in Michigan, and refer them to the state bar for grievance procedures.

They say she is “frivolously undermining People’s faith in the democratic process and their trust in our government.” But this is retribution, pure and simple. Would the Supreme Court hear a “frivolous” case?

This sounds just like Democrats’ accusations in the Senate Homeland Security hearings Wednesday. (Those Democrat talking points have a way of getting around.) I maintain that if anything undermines the people’s trust in our government, it’s Democrats trying to steamroll their way to Inauguration Day when many millions already do not trust the election results.

“It’s time for this nonsense to end,” Detroit’s lawyer David Fink told Law & Crime. “The lawyers filing these frivolous cases must pay a price.” His problem with Powell’s suit is that it “raises doubts in the minds of millions of Americans about the legitimacy of the 2020 presidential election.” I hate to tell you, Mr. Fink, but it’s far too late to keep doubts from being raised. In fact, what you’re doing to try to suppress the examination of this voting process is raising doubts even further.

Attorneys have already been intimidating firms representing Trump to get them to abandon their cases (which some did). So this is more of the same. Legal expert Jonathan Turley has condemned this intimidation before, which we reported. Turley, a liberal, thinks “it’s clear at this point” that there was election fraud. He would no doubt agree with Powell and Trump’s own attorneys that they need “greater access to the system itself,” which he said is held “by election officials, and that requires a court to order that information to be turned over.”

Turley said the system set up to evaluate allegations of fraud should be allowed to move forward. That is surely what Powell’s trying to achieve with her “Kraken” suit. There’s nothing frivolous about it.

Michael Flynn, appearing Thursday on Newsmax, said Trump should appoint a special counsel “immediately,” seize the Dominion voting machines, and prioritize “by state and probably by county” the places to conduct audits, where “he’s gonna find exactly the same problem.” Flynn does allege that “there’s a foreign influence tied to this system” and sees likely ties between Dominion and Smartmatic with China, Iran and Venezuela. (Dominion has denied all this.)

Flynn said he doesn’t know what Trump will do. “The President has to plan for every eventuality,” he said, “because we cannot allow … the integrity of our election to go the way it is. I mean, this is just totally unsatisfactory. There is no way in the world that we’re going to be able to move forward as a nation with this.” Flynn even mentioned the option of instituting martial law in certain areas while their votes are re-cast, noting that martial law has been imposed 64 times in our history. (He said specifically that he’s not calling for that, but watch the left go crazy now!)

Flynn is disappointed in the Supreme Court, particularly the Chief Justice, for not looking at the “fabric of the Constitution” and the merits of these cases, only at procedure. “To me, that lacks courage. It lacks moral fiber.” He expects much more of the Republican Party as well. As for the run-offs in Georgia, “That’s a fake election. You can’t have another election on the same system,” he said. (Of course, Georgia, it’s still critical to VOTE!)

Powel Has to Bring It

The motion against Powell hasn’t actually been filed yet, because rules require that opposing counsel (Powell’s team) be granted a 21-day window to withdraw “offending litigation.” But news of it was tweeted out by — get ready — Perkins Coie attorney Marc Elias, who was the (Clinton) lawyer responsible for filing those lawsuits around the country that resulted in the loosening of rules. (You remember Perkins Coie, of Fusion GPS and “dossier” fame.) Elias is largely responsible for the mess we’re in now.

U.S. District Court Judge Linda Parker had dismissed Powell’s suit with a scathing rebuke, saying of the Michigan electorate, “The people have spoken.” Many thousands of people in Michigan would take issue with that.

I don’t have the technical expertise to know exactly what went on in Detroit with the voting machines, but I do know that Detroit’s lawsuit against Powell’s team is not about election integrity. It’s about politics.

I will say, though, that Powell really does need to have the goods with these suits. Some of her witnesses have been brushed off as questionable. Though she isn’t technically part of Trump’s legal team, every time one of her suits gets tossed, it’s easier for the other side to dismiss claims of fraud and deny President Trump the opportunity for the full defense he’s entitled to, including an audit of the machines. Powell has to bring it.

We saw for ourselves what went on in Detroit: Republican poll watchers ejected from the counting and windows covered with cardboard pizza boxes. Detroit did plenty on its own to undermine trust in our elections. I don’t have the technical expertise to know exactly what went on in Detroit with the voting machines, but I do know that Detroit’s lawsuit against Powell’s team is not about election integrity. It’s about politics.

Conservative Brief has more on that.

As I’ve said, some of the allegations contained here are currently in dispute, and here’s where you can read what the other side says.