Why the Democrats Keep Speaking and Acting Like Nazis. A Lesson in History. 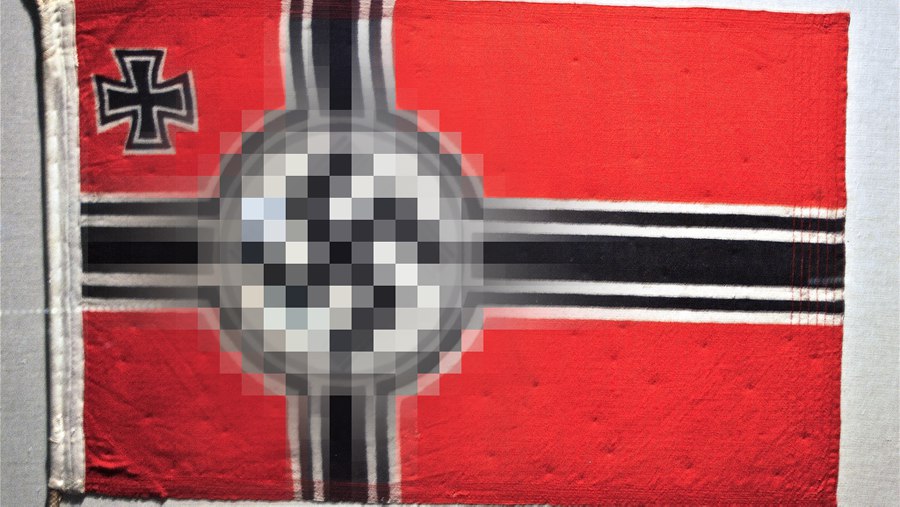 Imagine you stepped out of a time machine into the year 1992. Your job? To warn people celebrating Bill Clinton’s first inauguration what the Democrats will be like some 30 years later. Here goes:

You don’t realize this, but your party is morphing into something really dangerous and vicious, out of touch even with the traditional ideals of liberals. I predict that within 25 years Democrats will abandon ‘Safe, legal, and rare’ for ‘Shout your abortion!’ Not only will you demand same-sex marriage as a basic human right, but you’ll try to persecute churches that don’t approve of it.

You will abandon your longtime skepticism of foreign wars, intelligence agencies, federal law enforcement, billion-dollar corporations and censorship. In fact, you will wield your growing control over all these institutions to try to imprison your political opponents, intimidate them into silence, or bankrupt and starve them. You will view political dissent itself as treasonous and criminal.

You will condemn America’s founding, and most of its history before 1968. You will embrace baseless conspiracy theories about our ancestors, scorning the warnings of even liberal scholars. You will support the sexualization of small children, and even their castration, in service of fringe ideologies invented to enable the delusions of the mentally ill.

You will favor de facto open borders, the seizure of most private firearms, the prosecution of parents who dissent at school board meetings, and forcing untested medications onto unwilling citizens. You’ll allow governors to place whole states under house arrest, on their own authority.

And you will demonize anyone who disagrees with you on any of this long list of issues as virtually subhuman, evil, dangerous, and worthy of personal and professional destruction. As, essentially, witches in Puritan New England.

History Doesn’t Repeat Itself, but it Rhymes

Nobody would have believed you. If you spoke to the other side, to true-blue prophetic conservatives like Patrick Buchanan or Phyllis Schlafly, even they might not have accepted that things would go so far, so quickly.

How did it happen? I think I have the answer. It’s based in the lessons of history, like most of what I write.

Imagine if a time traveler from Germany in 1942 had gone back the same period of time, just 30 years, to speak to his countrymen in 1912. They live in a parliamentary system, albeit with a powerful Kaiser as chief executive. Theirs is the most literate, highly educated society in history, period. Germany is the beating heart of science, philosophy, technological research, and social progress. The Socialist opposition is perfectly legal and quite influential. The press is free. Jews are equal citizens with everyone else, highly assimilated and heavily intermarried with Gentiles. The churches struggle with theological Modernism, but are highly influential and rich.

In 30 Years, Your Country Will Be Insane

So it’s the time traveler’s thankless job to explain to the happy burghers of Frankfurt, the prosperous industrial workers of Hamburg, the arts-loving Jews of Berlin, what’s coming in just three decades:

Your country will be ruled as an absolute dictatorship by a capricious racist zealot, who has turned his version of Darwinism into a fanatical religion. It will be at war with most of the world, at its leaders’ own insistence. Jews will already have been stripped of their citizenship, declared subhuman, collected in ghettos, and put into cattle cars en route to extermination camps. The churches will be discredited, co-opted, or persecuted into silence.

The press and all other media will be controlled by a propaganda ministry dedicated to lies. A one-time racist fringe party, now the only legal party, will be conducting cruel human experiments on innocent civilians, and engaged in breeding programs mating biologically “perfect” soldiers with genetically “suitable” prostitutes.

Within four years, your country will have been bombed into rubble, and divided among its enemies.

How many Germans in 1912 would have believed you? And how would you have begun to explain to them how such a profound moral and social degeneration could possibly happen so quickly?

The same way it happened with the Democratic party in the same expanse of time, just 30 years: A rapid whipsaw from grandiose ambitions to sudden defeat, followed by vicious resentment, paranoia, and hatred.

The Stab in the Back

The Germany of 1912 was prosperous, confident, and becoming ever more powerful. Its citizens were convinced that their nation and its system were destined to rule Europe. That confidence propelled them into embracing war in 1914. That war mostly went well for most of its duration. By 1917, Germany had knocked its greatest opponent, the Russian Empire, out of the war. German soldiers occupied today’s Ukraine, Poland, Lithuania, Latvia, and Estonia, plus all of Belgium and the industrial heart of France. A vast empire, beyond the dreams of most Germans in 1914.

But by November 1918, the whole house of cards collapsed, thanks to America’s intervention in the war. The British blockade had starved hundreds of thousands, the military was in mutiny, and Marxist revolutionaries were seizing control of cities. Germany essentially surrendered, without a single enemy soldier on a square foot of German soil.

Millions of Germans could not believe what had really happened. We have the record in Hitler’s Mein Kampf of the stunning, traumatic shock the German collapse had on soldiers who’d felt assured of total victory just six months before. The young Austrian corporal himself had a nervous breakdown.

And he began, along with other men like him, to look for conspiracy theories to explain how Germany had been “stabbed in the back” by traitors within. By racial and religious and political groups who threatened the nation itself, who must someday be cut out like cancer. That was to be revenge for the “criminals” who’d sabotaged Germany’s triumph.

One Man, One Vote, One Time

Likewise, the election of Barack Obama in 2008 was heralded as a messianic event by the left. He embodied “Hope” and “Change.” He promised (and embarked on) “fundamentally transforming” America, into a “normal country” like Belgium. His election was the beginning of “post-racial America,” the first time (his wife Michelle admitted) that some people could finally be proud to be American. White liberals looked to Obama for absolution from racial guilt, and the final liquidation of backward elements who (in Obama’s words) still “bitterly cling to their guns, and religion.”

Democrats greeted Obama’s public appearances like the Jerusalem mob on Palm Sunday in Jesus Christ, Superstar, except they were singing:

During Obama’s two administrations, his appointees completely politicized the FBI, the Department of Justice, and the Internal Revenue Service. They took the vast, sweeping powers which Republicans had foolishly granted our intelligence agencies, and weaponized them politically — as a few of us had warned was bound to happen. (See my own ominous predictions in the “War on Terror” entry of American Conservatism: An Encyclopedia, published in 2006, while Bush was still in office.) A student of Marxist “post-colonial theory,” Obama ruled like some post-colonial strongman after the British had left. Americans would have one-man, one-vote, one-time.

Enjoy the Dustbin of History

Such a change was supposed to be irreversible. Everyone was supposed to realize that, and conservatives were expected to just shut up and fade away. If the dusty old-timey Constitution (whose authors included slave-owners!) forbade Obama from being elected President-for-Life, the Democrats would provide the next best thing: A permanent ruling class with an official ideology, which was now beyond any challenge. I observed this fact on Twitter:

The Democrats believed they were electing Obama President-for-Life, like some post-colonial strongman. His “fundamental transformation” of America was supposed to be irreversible. Trump’s election felt like a cosmic betrayal, so they howled at the sky and turned into fascists.

Then the American people stabbed their self-appointed leaders in the back, on election night 2016. And the Democrats reacted as Hitler had after another November “betrayal” a century before. They descended into paranoia, hatred, and fantasies of revenge. Whole groups of citizens now became domestic “enemies” or stooges of foreign powers (“Russian collusion”).

And so on, through the purge trials of “insurrectionists” of January 6, 2020. And the new purges and hijacked elections to come.

History may not repeat itself, but alas it often rhymes.