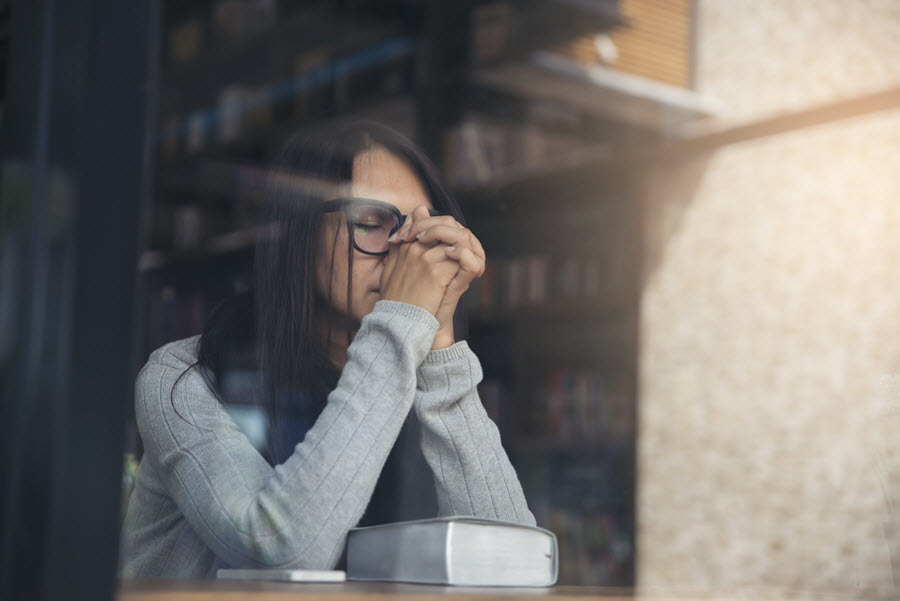 Imagine if in Israel people basically pretended that the Holocaust never happened. Not that they denied it, as some neo-Nazis do. Imagine instead that a keen awareness of how many people had suffered personally, or lost close family members, made the topic taboo. Imagine no programs to support the survivors, no classes in school, no movies or TV shows ever touching the subject. All with the goal of sparing people’s feelings, avoiding the scabs of old traumas.

That’s where America stands when it comes to abortion. We pretend that we’re not a country which sacrifices almost a million children per year to the Sexual Revolution. Not a nation that lost some 63.7 million people to this tragedy since 1973.

Last week, we lost a prophet, a woman who wouldn’t accept this desperate denial. Instead, she investigated it, plunged into the dark where few researchers or academics even want to go. I’m speaking of my longtime friend, Vicki Thorn, founder of Project Rachel. That’s a Christian ministry, led by Catholics, aimed at helping abortion survivors find forgiveness and healing.

Her ministry has touched many thousands of women who were forced, pressured, misled, or (let’s just admit it) successfully tempted to have abortions. Some of the most powerful pro-life leaders in America emerged from those ranks.

For 50 years, our nation’s highest court, and all its laws, have been complicit in a lie — in the pretense that “science” can’t tell when human life begins. It’s some murky metaphysical question, or a religious article of faith, of the kind our Constitution forbids the people to decide. No surprise, then, that young women abandoned or threatened by men lurched into the darkness our Establishment had willfully cast, to obscure the obvious biological truth.

I became a pro-life activist by a very similar route. My high school girlfriend was forced by her father to abort the (third trimester) baby we both loved and wanted. When it happened, I was a naïve 17-year-old, naïve enough not to realize that such a horror was perfectly legal. That unborn babies had less legal protection than slaves did in 1860.

Tears Slid Down Her Face

I was unclear about a lot of things at the beginning. I’d been in the movement for 10 years, in 1999, and I was delivering a talk to a youth group at St. Philomena Church in Hawaii. I focused on the biological facts, keeping things dry. “This is a sperm, and this is an egg, and this is the moment of conception, yadda yadda.” I realized that these 7th and 8th graders were bored, eager to leave.

Except for one girl. As I showed the slides of fetal development, she’d lean a little more forward with each slide. When the slide of the 20-week-old baby in the womb appeared, her arms moved from her side to across her belly. She hugged herself and grimaced with pain, as tears formed in her eyes and slowly slid down her face.

I pretended not to notice as she wiped them dry. I was struck by the inescapable truth: this eighth-grade girl in Catholic school had already had an abortion.

More Than an Abstraction. And Worse

And believe it or not, that shocked me. For a decade, I’d been giving talks and organizing protests, making phone calls and writing articles. Somehow, in all that time, it never occurred to me that I was regularly meeting people who’d experienced abortion. I saw it in the abstract, as a huge and monstrous evil, but not up close as a daily burden, memory, and curse. This even though I’d suffered the effects of abortion myself. So that day, in that Hawaii classroom, I shared my own abortion story in public for the very first time. Painful as it is each time I do it, I’ve been sharing it ever since.

Vicki Thorn heard about my story and reached out to me. She told me that Project Rachel helped women heal from the trauma of abortion and ask for God’s forgiveness. I wasn’t yet Christian, or even a theist. But it sounded like a noble cause, I said. That wasn’t what she wanted to hear. Vicki wanted to know if I’d like to attend a retreat for post-abortive men. She said, “I can help heal you and free you from your anger and rage.”

I thanked her but declined. I needed that anger to propel me through all the daily hard work I had to do. As I told Vicki, “Men heal by bearing their claws not licking their wounds.”

But Vicki and I became close friends, constantly texting and talking. As it turned out, I would need her help, over and over again. Because my public witness for life kept opening old wounds in people I’d just met. Some would melt down in front of me, sharing with me the most painful things in their lives. I wouldn’t know what to say. So I’d often call Vicki, and put her on the phone with them. She did.

Vicki knew what to say at 2 a.m. to the young woman who’d been chatting with me at a Milwaukee bar, until she saw my “Precious Feet” pro-life pin and started asking questions. I told her my story, of losing a child in high school. Her face went white, she hugged me and started to weep uncontrollably. When she could finally talk, all she could say was, “Where were you two weeks ago?” Over and over.

Vicki knew how to talk to the Navy Seal, who’d confessed to me at that he’d forced his wife to abort their child. Here this man who protected America hadn’t defended his very own child.

And it was Vicki who I put on the phone when I was hanging out with a wildly successful recording artist, who’d admitted to me he was pressuring his girlfriend to abort. Vicki walked him through all the consequences it would have for the woman, for him, and for their relationship, until he relented and chose life.

I will miss talking to Vicki, and knowing that she’s just a life-saving, Christ-loving phone call away. May she rest in peace, and enjoy her rich reward.