Serena Williams Had a Baby Girl, Not a Baby TBD 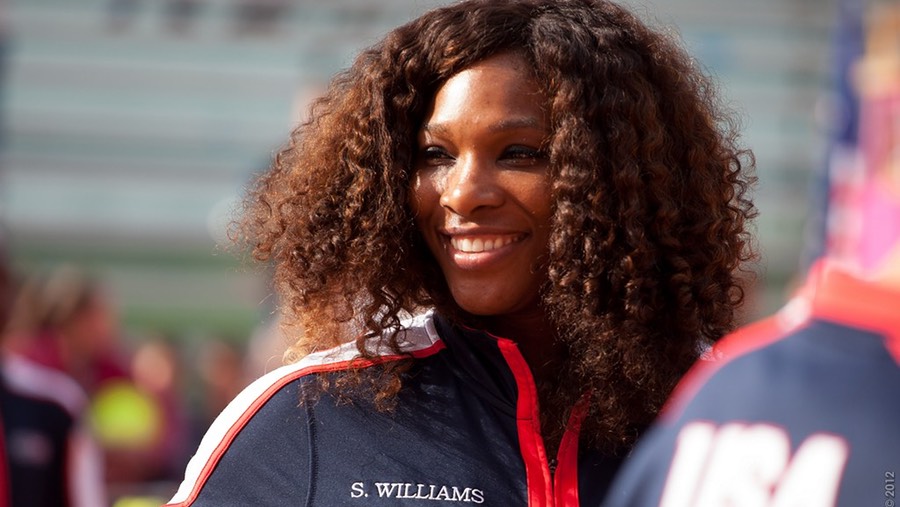 Did you hear the news? Serena Williams, one of the most dominant female athletes of all time, has just announced that she’s given birth to a baby girl. Yes, that’s right, a baby girl, not a baby whose gender (or sex) is yet to be determined.

But wait! What gives Serena Williams the right to say this baby is a girl? How does she even know whether it’s a boy or a girl? Haven’t we been told that just because the plumbing is female, that doesn’t necessarily mean the baby is female? Isn’t it possible that this is really a boy trapped in a girl’s body? Or perhaps this child is neither female nor male?

Don’t Let the Doctor Do This!

Consider Christin Scarlett Milloy’s urgent warning, in a 2014 Slate article titled, “Don’t Let the Doctor Do This To Your Newborn.”

It’s called infant gender assignment: When the doctor holds your child up to the harsh light of the delivery room, looks between its legs, and declares his opinion: It’s a boy or a girl, based on nothing more than a cursory assessment of your offspring’s genitals.

How cruel! Milloy details the “brutal” effects of this treatment:

With infant gender assignment, in a single moment your baby’s life is instantly and brutally reduced from such infinite potentials down to one concrete set of expectations and stereotypes, and any behavioral deviation from that will be severely punished — both intentionally through bigotry, and unintentionally through ignorance.

A couple of years ago, an LGBT ally told me that “what the hospitals do is primitive, basing gender on biology and chromosomes.” Those who are enlightened understand that gender is not what’s between your legs, it’s what between your ears.

Whatever Happened to Informed Consent?

That doctor (and the power structure behind him) plays a pivotal role in imposing those limits on helpless infants, without their consent, and without your informed consent as a parent.

Yet Serena just consented to let a doctor to do that very thing. Maybe she wasn’t “informed.” Will somebody please intervene?

After all, as of last month, “Canadians who consider themselves an ‘unspecified’ sex may obtain passports that reflect their preference before the end of the month.” Welcome “Gender X” for all those who don’t fit within the gender binary.

The New Norm Should Be the Norm

So I wonder, why not start with that as the norm, as Milloy urges us to do? Why should we squeeze children into preconceived categories? Let’s just say, “Serena had a child.” Give the child a few years. Then let it tell the world whether it is female, male, both or neither.

Come to think of it, that’s how some parents are raising their children, including the mother of a baby whose gender is listed as “U,” apparently meaning “unspecified.” The mother is described as “a non-binary transgender parent who identifies as neither male nor female.” (This young mother also sports a beard, for the record.)

“Give the child a few years. Then let it tell the world whether it is female, male, both or neither.”

Parents should be more cautious about declaring the exciting news that, “It’s a boy!” or “It’s a girl!” Planned Parenthood says children should be taught that genitals do not determine gender. If that’s so, then we really don’t know what sex a baby is for years after its birth.

Shouldn’t the media recognize this, then? Shouldn’t reporters change their reports to read, “Serena Williams gave birth to a baby assigned female”? Wouldn’t that be more accurate?

Act Now! Before It’s Too Late!

This issue deserves serious consideration by every parent, because no matter what gender identity your child ultimately adopts, infant gender assignment has effects that will last through their whole life.

Will someone please get to Serena before it’s too late? We have to let her know how the medical system has messed up her child’s whole future! Someone needs to contact the major news outlets, too. They need to know they are complicit in lifelong harm being done to this child.

All Satire Aside, The Baby is a Girl

But obviously I’ve been satirizing here.

In all seriousness, the news about Serena’s baby girl, along with several hundred thousand birth announcements every day, reminds us of what we all know: Mothers give birth to girls and boys. The fact that some people, for reasons still not known, struggle with their gender identity doesn’t change this for a moment.

Yes, Serena had a baby girl. Not a baby whose sex is to be determined. Nothing ambiguous about that.

Girls vs. Transgender: Girls Will Lose Every Time