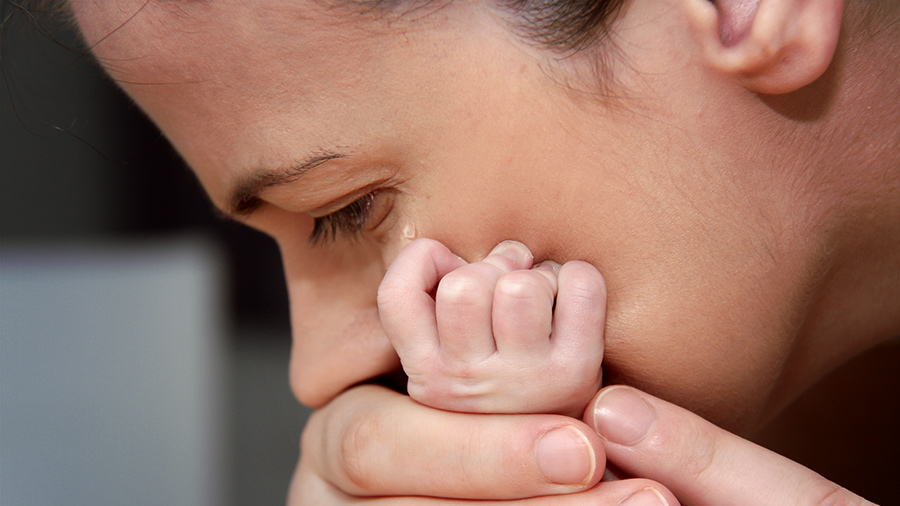 As I documented in my new book, Queen Jezebel was the most wicked woman in the Bible. She was a zealous idol worshiper. She was a murderer. She intimidated by fear. She was associated with sexual immorality and sorcery. And, as part of her idol worship, she was likely involved in the sacrifice of babies. But not even Jezebel sold baby parts for profit.

Forget the alleged medical benefits of this ghastly practice.

Forget the so-called humanitarian purpose behind this horrific trade.

It is downright evil to market the hearts and heads and limbs and lungs of babies slaughtered in the womb.

It is wrong. It is wicked. It is woeful.

Confessions in a Court Room

The headlines alone sound like they have been taken straight out of an R-rated horror movie (actually, worse than R), starting with: “In Court Hearing, Planned Parenthood Employee Admits To Trafficking In Baby Body Parts.”

Normally, when I am grieved by the latest news, I feel moved to write, immediately and on the spot.

But this was too heavy, too numbing, too overwhelming. How can this be?

Yet the words cannot be ignored: “The CEO of StemExpress essentially admitted in court Thursday that her biotech company supplies beating fetal hearts and intact fetal heads to medical researchers.

“She also admitted at the preliminary hearing of David Daleiden and Sandra Merritt of the Center for Medical Progress that the baby’s head could be procured attached to the baby’s body or ‘could be torn away.’”

And this is done for profit? People are making money off the body parts of butchered babies?

A Return to the Days of Moloch

In Jezebel’s War with America, I cited texts from the ancient world that describe the horrific practice of sacrificing babies to the idol Moloch, including this description preserved in Jewish tradition:

Moloch “was made of brass; and they heated him from his lower parts; and his hands being stretched out, and made hot, they put the child between his hands, and it was burnt; when it vehemently cried out; but the priests beat a drum, that the father might not hear the voice of his son, and his heart might not be moved.”

I then compared this to a late-term abortion, as described by Brenda Pratt Shafer, a registered nurse from Dayton, Ohio. She testified before the Senate Judiciary Committee on November 17, 1995 about what she witnessed when she assisted Dr. Haskell in a Partial Birth Abortion on a 26-1/2 week (over 6 months) pre-born baby boy.

According to Shafer, the baby was alive and moving as the abortionist “delivered the baby’s body and arms – everything but the head. The doctor kept the baby’s head just inside the uterus. The baby’s little fingers were clasping and unclasping, his feet were kicking. Then the doctor stuck the scissors through the back of his head, and the baby’s arms jerked out in a flinch, a startle reaction, like a baby does when he thinks he might fall. The doctor opened up the scissors, stuck a high-powered suction tube into the opening and sucked the baby’s brains out. Now the baby was completely limp.”

Who can even imagine this?

Whatever the mother’s motivation might have been for aborting her baby, even something like an extreme health risk to the child, it cannot merit an end like this.

But the latest reports of selling intact baby heads and even beating (!) hearts take things one step further.

As noted by Peter Breen of the Thomas More Society, which is representing David Daleiden in the current hearings, “That is an especially gruesome admission, but it begs the question: how did they get these fully intact human children?”

Indeed, “If you have a fetus with an intact head and an intact body, and intact extremities, that is something that would indicate that child was born alive, and then had their organs cut out of them, or that that child was the victim of an illegal partial-birth abortion.”

We All Must Act

Reading this leaves me almost speechless. And yet these babies need a voice, and you and I must be that voice. They cannot cry out for themselves.

That means that all of us must do something, whatever that “something” may be.

It could mean praying regularly for God’s merciful intervention.

Or donating to a pro-life organization.

Or getting your friends to watch Unplanned.

Or working with a pro-life ministry.

Or writing to your elected officials.

Or adopting an unwanted child into your home.

Or volunteering your legal services.

Or taking time to educate your children on the sanctity of life.

But please, let all of us do something until this ghastly practice is ended and babies can feel safe in their mother’s wombs.

This is happening on our watch.