Schools Have Become a Predator’s Paradise 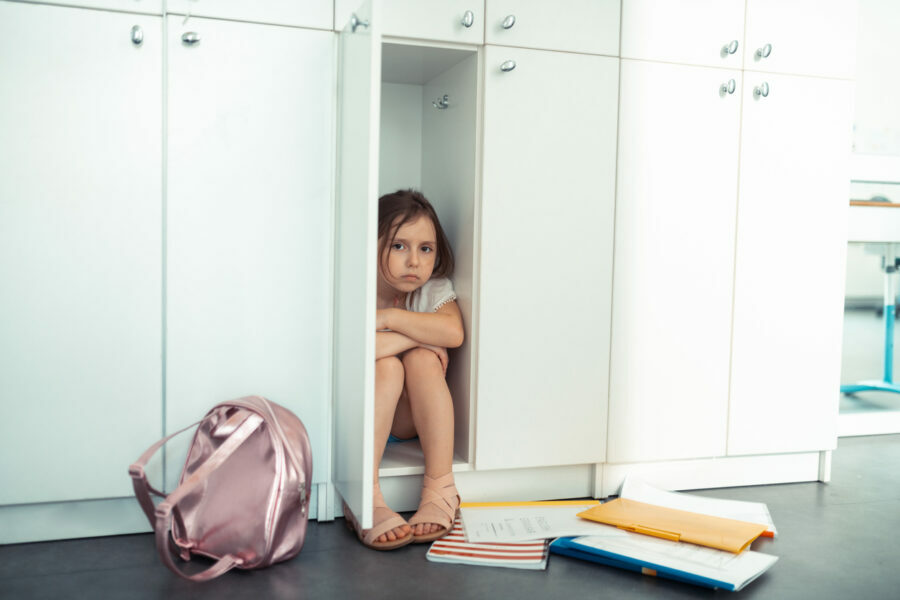 Chicago Public Schools’ Office of the Inspector General investigated hundreds of complaints of adult/student sexual misconduct during the 2021-2022 school year. These included:

In many cases, the allegations were corroborated by e-mails, text messages, and the testimony of victims and witnesses.

Morse described it as “the Sexual Revolution in action in our schools.”

She explained: “Schools have become a predator’s paradise. Children are instructed in various sex acts in detail, without any consideration of their vulnerability or parental values.”

“They’re told nothing is off-limits that’s consensual. They’re referred to Planned Parenthood for birth control and abortion. Often, condoms are provided by the school nurse. No information is given on the consequences of the early initiation of sex.”

“Everything dreamed up by sexual radicals is validated by our schools. In these circumstances, grooming and exploitation are inevitable.”

“This was just in one city. Undoubtedly this is happening everywhere. The only way to stop it is to purge education of sexual indoctrination. And that needs to happen now.”

Finding Joy in My Gender

The latest Dr. J Show guest is transitioner to de-transitioner Laura Perry Smalts, author of the autobiography, Transgender to Transformed.

“I was constantly aware of the fact that I was living a lie,” she says. “But I was always trying to override it… What had promised to be freedom really became my prison cell.”

Watch Laura explain how events in her childhood and young adult life led her to hate being female. “I felt so used and so worthless,” she says. “I was trying to become everything I wanted a man to be for me. I remember thinking I was supposed to be the man.”

When she went to a transgender support group, within five minutes, they said, “Oh, you are definitely trans.” When she was concerned about passing for a man, they told her, “Oh, don’t worry about it. After a year or so of taking hormones, no one will ever know you were a girl.”

“Satan will tell you anything you want to hear,” she says. And that’s what Laura wanted to hear because: “We get in this place where we’re convinced it’s who we are because there’s so much pain, and all we want is to be out of pain. [Being transgender] is the fastest thing that’s going to get me out of this pain,” she told herself.

However, years of hormones and surgeries only made her depressed because she knew none of it really made her a man. “Nothing that I was doing to my body was making my dysphoria go away. I had all this affirmation around me, but it’s like taking a pain killer. It works for a little while. Then it wears off.”

“Normal decent people do not want the Trans Agenda crammed down their children’s throats. Nor do ordinary teachers who love children want to promote it. Trans Agenda indoctrination can only be accomplished with the compulsion of the State,” said Ruth Institute President Dr. Jennifer Roback Morse, Ph.D.

“These rules are clear violations of freedom of conscience and First Amendment religious liberty. They would essentially ban traditional Christians, Muslims, and observant Jews from teaching in Minnesota schools,” Morse pointed out. “Civil liberties groups will challenge the rule as soon as it passes the final hurdle.”

Every state-certified teacher will be required to foster “an environment that ensures student identities such as … gender identity” are affirmed.

“This will require teachers to address students by their preferred pronouns and to pretend that a boy who says he’s a girl actually is a girl. It would also compel teachers to address a girl registered as Charlene as Chuck, if that’s what she wants. There’s no requirement for parental notification of any of this.”

“Gender identity is a fraud,” Morse remarked. “You are born a man or a woman based on your DNA. You can try to assume the identity of the opposite sex through drugs, surgery or forcing others to affirm your fantasies, but it won’t work.”

“Gender ideology has been embraced by the military, federal agencies and so-called progressive states like Minnesota. It is the greatest threat to civil liberties we face today,” Morse charged. “It’s also an outrage.”

“I applaud the individuals and organizations fighting this lawless use of state power. However, I disagree that the answer is to create religious alternative schools. The Sexual State will not leave private schools alone. It is delusional to think otherwise. No. The good people of Minnesota need to stand and fight for their public schools. This is no time to retreat. There is literally no safe place to hide.”

Overpopulation Doomsayer Paul Ehrlich is Back and Still Wrong

“Almost six decades later, Ehrlich is unrepentant about predictions that turned out to be spectacularly wrong,” Morse observed.

“In a recent appearance on CBS’s 60 Minutes, the Stanford biologist still prophesized environmental apocalypse due to runaway population growth.”

“Perhaps no doomsayer in history has been wrong more often than Ehrlich. In the 60s, he predicted mass worldwide starvation in the 70s. He said people would be so hungry they’d consider eating human remains. He also predicted the oceans would be devoid of life by 1979.”

“Ehrlich has spawned a generation of Chicken Littles, including former Vice President Al Gore and child hysteric Greta Thunberg. Their views are resistant to reason and evidence.”

“Overpopulation is one of the biggest myths of our time,” Morse said. “When Ehrlich wrote his manifesto, the earth’s population was 3.5 billion. Today, with a population that exceeds 8 billion, we are healthier and better fed than any generation in history.”

“Perhaps the greatest threat to humanity’s future is Demographic Winter, that is, falling fertility leading to population decline,” Morse cautioned.

“Worldwide, human fertility has plummeted from 4.6 when The Population Bomb was published, to 2.4 today. Replacement level is 2.1. Now, most Western nations are well below that. In America, the fertility rate is 1.64.”

“While the media hyperventilate about overpopulation and fawn on Paul Ehrlich, they refuse to recognize the real threat to humanity: Demographic Winter.”

The Ruth Institute is one of the leading organizations fighting charlatans like Ehrlich and warning of the coming danger of depopulation. Learn more at our Demographic Winter Resource Center.