On the same day, in Democrat Land, news broke that Hillary Clinton did indeed have numerous highly classified materials on her email server, contrary to her previous claims, while Bernie Sanders, a proud socialist, surged in various polls.

Can 2016 get any weirder? Of course it can — cults of personality always do. When it comes to human psychology, it can be helpful to visualize your worst fears coming true. With this in mind, I imagined the first disastrous presidential debates of 2016, starring Bernie Sanders, Donald Trump, and a spectacular celebrity moderator. Oh, and just for fun, I used actual quotes from each person involved.

I repeat: Each statement here by a politician, famous person, or spectacular celebrity moderator has actually been said, by them, in recent years. The lone exception is Ronan “The Axe” Viagra, a fictional professional wrestler/debate moderator who might as well be real. Let’s roll.

RONAN “THE AXE” VIAGRA: Welcome, America, to the first of our 32 presidential debates! Each will be 14 hours long. Please also welcome our special guest moderator. She’s a lovely lady who has met President Obama. She also once took an unfortunate selfie with Hillary Clinton, who may or may not be in prison right now. Let’s hear it 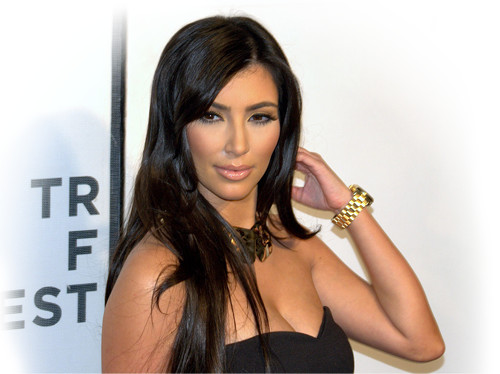 RONAN “THE AXE” VIAGRA: That’s right, friends. She’s even hotter than Sarah Palin, but doesn’t talk as much! Also, just for fun, in case Kim gets tired or bored or distracted, I also present to you another random person who has appeared repeatedly on your home televisions! It’s THE BACHELOR, as seen on ABC!

RONAN “THE AXE” VIAGRA: So, as Sarah Palin once said, no more pussyfootin’ around! Candidates, let’s get started. What’s your top priority for the United States of America?

DONALD TRUMP: I know Hillary and I think she’d make a great president or vice president.

BERNIE SANDERS (AFTER AN ALARMING FIT OF OLD-MAN COUGHING): You don’t necessarily need a choice of 23 underarm spray deodorants or of 18 different pairs of sneakers when children are hungry in this country.

HAROLD BORNSTEIN, DONALD TRUMP’S DOCTOR (JUMPING ON STAGE): If elected, Mr. Trump, I can state unequivocally, will be the healthiest individual ever elected to the presidency.

KIM KARDASHIAN: Stretch marks are my biggest fear of life.

RONAN “THE AXE” VIAGRA: Great first round! Wait, who’s that?

JOHN KASICH: I consider myself the Prince of Light and Hope.

[Ronan “The Axe” Viagra tackles Kasich, drags him off the stage by one pant leg]

RONAN “THE AXE” VIAGRA: I’m back, folks. Whew! As you may know, the stock market has plummeted approximately 36 percent since January, and urchins in threadbare newsboy hats are now selling apples on the streets. Let’s talk economy!

KIM KARDASHIAN (CHEERFULLY): I rented my mom a monkey for the week because she had a syndrome where she missed children in the house. 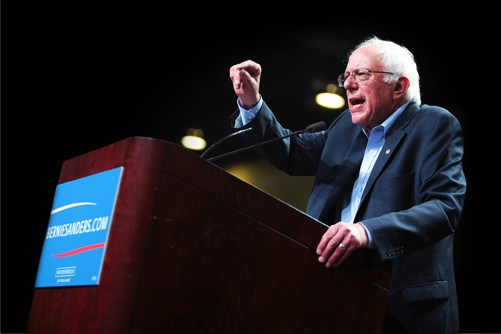 BERNIE SANDERS (SUDDENLY YELLING): A nation will not survive morally or economically when so few have so much and so many have so little.

BERNIE SANDERS: In Norway, parents get a paid year to care for infants!

DONALD TRUMP: If you can’t get rich dealing with politicians, there’s something wrong with you.

DONALD TRUMP: How stupid are the people of Iowa?

BERNIE SANDERS: Climate change is directly related to the growth of terrorism. 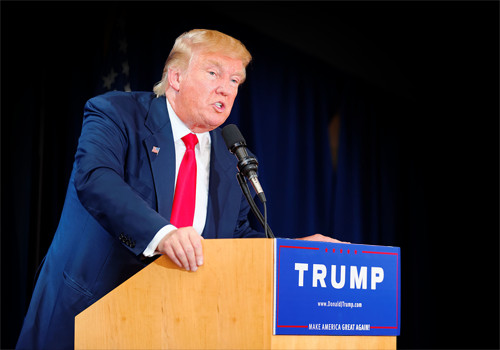 KIM KARDASHIAN: I read that I was obsessed with killing raccoons.

RONAN “THE AXE” VIAGRA: Final question, folks! Lightning round. What’s the most important factor when it comes to choosing a president?

DONALD TRUMP: The Hispanics, they love me.

RONAN “THE AXE” VIAGRA: That’s it?

[At the sound of various squawks and shrieks, the camera cuts to the back of the room. A scuffle is afoot. A hooded woman leaps from the scrum, eyes wild and shining — and as she sprints away, the hem of a bright red pantsuit catches the light. “This was my year,” she mutters. “This was my year.”]

RONAN “THE AXE” VIAGRA: Well, nothing to see there. Moving on! Kim, what should America look for in a president?

KIM KARDASHIAN: Well, a bear can juggle and stand on a ball and he’s talented, but he’s not famous. Do you know what I mean?

Heather Wilhelm is a writer based in Austin,Texas. Her work can be found at  http://www.heatherwilhelm.com/ and her Twitter handle is @heatherwilhelm.

This article originally appeared at RealClearPolitics on January 21, 2016, and is reprinted with their permission.