The Right Way to Disagree with Spiritual Elders 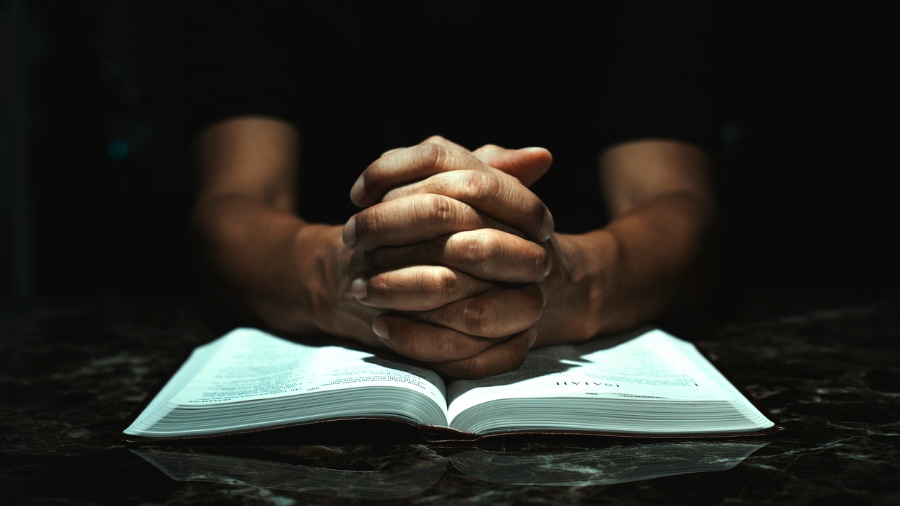 I write these words as an elder in the Body, as a father in the faith, and as one who despises abusive and heavy-handed leadership. So, before I talk about how to disagree with a spiritual elder, allow me to speak plainly about the role of Church leaders.

Godly leaders lead by serving. By example. By calling and anointing.

They do not threaten. Or intimidate. Or manipulate. They are shepherds, not tyrants. Examples to the flock, not dictatorial bosses.

That’s why I have written several chapters addressing abusive leadership, along with whole books calling for change in our “religious system.”

Called to Lead in Love

Leaders must be accountable. Leaders are not above the law — God’s law or the laws of the land. And leaders who persist in unrepentant sin are to be rebuked publicly by other leaders (see 1 Timothy 5:20; the verb speaks of ongoing, persistent sinful behavior, meaning a leader who refuses to repent even after numerous warnings).

Of course, there are times when leaders must set things in order. Must rebuke. Must correct. Must admonish. Must warn. Must practice discipline. To fail to do this is to fail to be responsible shepherds.

Just read 1 Timothy, 2 Timothy and Titus for Paul’s leadership directives. He makes clear that this is all part of a leader’s job description.

But whatever we do as fathers and leaders, we do in love. And we do it using God’s authority and according to His proper order, not with personal threats and not in some random, unaccountable way online.

As for leaders whose actions and words damage the sheep — the Lord’s sheep! — God’s rebuke is very strong:

As surely as I live, declares the Sovereign Lord, because my flock lacks a shepherd and so has been plundered and has become food for all the wild animals, and because my shepherds did not search for my flock but cared for themselves rather than for my flock, therefore, you shepherds, hear the word of the Lord: This is what the Sovereign Lord says: I am against the shepherds and will hold them accountable for my flock. I will remove them from tending the flock so that the shepherds can no longer feed themselves. I will rescue my flock from their mouths, and it will no longer be food for them. (Ezekiel 34:8–10)

It is a fearful thing to be appointed by God to be an under-shepherd of His flock. He will hold us accountable for every one of His sheep that we impact. And it is even more fearful when we use the Bible (quoting verses like Psalm 105:15, where God says, “Don’t touch my anointed”) as a cloak for our sinful behavior. May it never be!

God forbid we scare our congregants into thinking that divine judgment will fall on them if they dare to differ with us. God forbid we abuse the sacred authority God has given us and use it to fleece or silence the flock.

A Culture That has Lost the Meaning of Honoring Others

At the same time, there is a right way and a wrong way to disagree with those whom God has entrusted with spiritual oversight. That is why Hebrews says, “Have confidence in your leaders and submit to their authority, because they keep watch over you as those who must give an account. Do this so that their work will be a joy, not a burden, for that would be of no benefit to you.” (Hebrews 13:17)

Do not make yourself a burden to your leaders. That “would be of no benefit to you.”

And that’s why Paul wrote, “Do not rebuke an older man [or, elder] harshly, but exhort him as if he were your father.” (1 Timothy 5:1)

Unfortunately, today, there is a plague of disrespect in our society at large for our elders. As a culture, we have largely lost sight of what it means to honor others. And that plague has run rampant in the Church, especially on the internet.

Believers rail against spiritual leaders. They call them out by name and challenge them, as if speaking to a drunken antagonist in a bar. They mock and ridicule and malign, often based on second-hand information (or worse), and almost always based on very biased judgment.

They speak without respect, without honor, without humility. They set themselves up as judges and know-it-alls. They alone know best, and all the leaders are a bunch of idiots.

“God resists the proud but gives grace to the humble” (James 4:6). I would never want to be in a position where God is resisting me. Caution, caution, my friend.

Again, that does not mean we cannot hold sinning leaders accountable. We must. We absolutely, without question, must do it. If we don’t, many sheep will be hurt and the Lord’s name disgraced.

But this must be done in the right way, otherwise we will hurt ourselves and wreak havoc in the Body.

You see, there are millions of faithful shepherds and leaders, working hard to honor God and help their people. And when we lash out publicly and irresponsibly against specific leaders (even if there’s some truth to what we say), we sow seeds of discord and confusion. This too is a dangerous practice.

In what way are we providing pastoral care for those who are now confused? How are we functioning as responsible shepherds? How are we functioning as responsible, loving members of the Body when we don’t think about the larger effect of our words? What happens to believers who have looked to the very leaders we have bashed and ridiculed? (I’m talking about godly leaders who have made some mistakes, not sexual predators or other sinners.) If we are going to use the internet, we must do so circumspectly.

Authority is given by God for a reason, and when we show disdain for spiritual leadership or fashion ourselves as prophets sent to rebuke the entire church world, we descend into spiritual anarchy.

I ask for that accountability in my own life, and I have practiced it with others — numerous times. I have lost friends over this — and much more.

So be it. If we love Jesus and care for His integrity, we cannot play games with sacred things.

Honoring Authority, Even While Disagreeing

At the same time, even in the midst of my fiercest disagreement with another leader, I will treat that person with respect, even when speaking about them alone with my wife. I’ll even speak of them with respect when on my knees in prayer.

I will not become an accuser of the brothers (see Revelation 12:10; that is Satan’s work). I will not dishonor authority.

Years ago, I had a serious conflict with the leaders of a major denomination, when, in conscience before God, I could not comply with their directives for my life.

But when I would talk with Nancy about them in private, late at night in our own home, I would say, “God bless them. I know they are honorable men.” I would even do that when I journaled.

In that same spirit, I urge you to be careful with your words and your attitudes. We should not be using the internet as a forum for blasting the Body of Christ.

Unfortunately, we have already descended into a carnal mocking spirit, becoming mean-spirited, nasty, vicious, and disrespectful. As I wrote on August 14, we need to install a filter on our lips. Our words do have the power of death and life.

With humility before God, then, let us pursue justice and righteousness together.

Anarchy and chaos are not from above, and our Father has a proper order for reproving and correcting and disciplining.

When we submit to that order, there is protection, there is healing, there is fruit and there is restoration.