We Have a Revolution to Continue — The Jesus Revolution

If the Jesus revolution was ever needed, it is today. 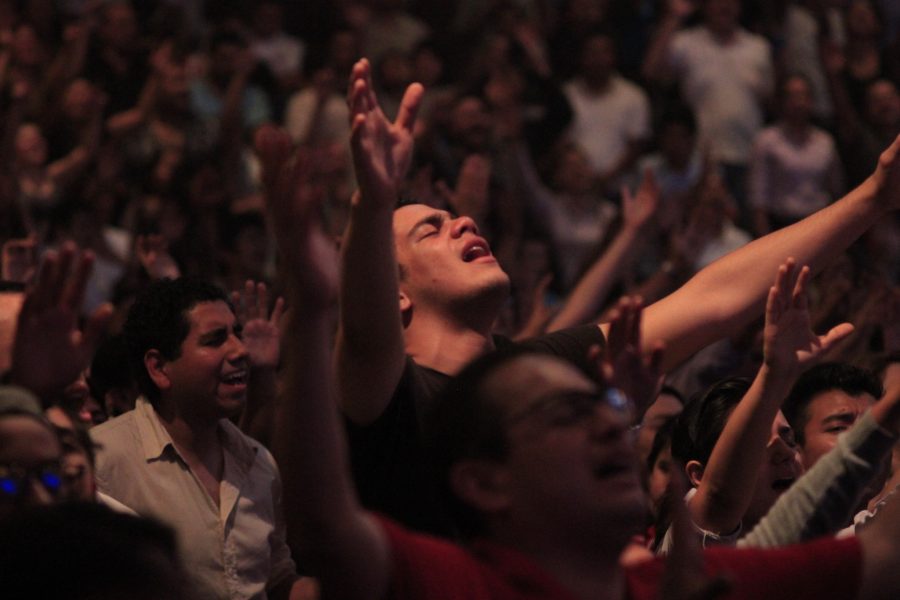 Worship service in Guatemala in 2012.

To the core of my being, I am a revolutionary.

Revolution is in my blood, and it is in my blood because of Jesus, the ultimate Revolutionary, the one who came into this world to bring about radical, dramatic, sweeping change through His death, resurrection, teaching, example, and empowerment.

Jesus did not come into this world to leave things as they were, and the final commission He gave to His disciples (known as the Great Commission) was a call to change the world with Him.

To be perfectly clear, the revolution Jesus started was totally different from the bloody, violent revolutions that we have seen throughout history, where one despotic power is replaced by another despotic power and where things go from bad to worse in the name of revolution.

As noted by Christian teacher H. S. Vigeveno, “Our world has witnessed many a revolution, but none as effective as the one that divided history into B.C. and A.D. … Revolutionary, indeed, this mission, to begin with a cross and sway the whole world through suffering love.”

Or in the words of the German theologian Gerhard Lohfink:

It is true that Jesus never called for a political, revolutionary transformation of Jewish society. Yet the repentance which he demanded as a consequence of his preaching of the reign of God sought to ignite within the people of God a movement in comparison to which the normal type of revolution is insignificant.

The revolution Jesus started — and the revolution I live for — is a revolution that overcomes hatred with love, violence with compassion, and lies with truth.

But make no mistake about it: It is a radical revolution that brings about radical change, and as followers of Jesus, we are to be agents of radical change.

Where we see slavery and human trafficking, we are called to address it.

Where we see the slaughter of the unborn and the assault on human dignity, we are called to address it.

Where we see sexual anarchy and the deterioration of morality, we are called to address it.

If we don’t take the lead in standing for justice in society, modeling godly marriages and family life, advocating for what is right and opposing what is wrong, who will?

Some would say, “You’re mixing politics with religion.”

In reply I would say, “You’re separating religion from daily life.”

Some would say, “Jesus simply taught us to go and make disciples.”

In reply I would ask, “But how do disciples live?”

My own life was dramatically impacted by two revolutions, one very negative and one very positive.

The first was the counterculture revolution of the 60s, when I plunged headlong into decadence and rebellion, playing drums in a rock band, using LSD at the age of 14 and shooting heroin at the age of 15.

Although I was bar mitzvahed in 1968 as a Conservative Jew, for me, it was more of a cultural event than a spiritual event. The more impactful event that took place that year — and I was just 13 at the time — was seeing the Jimi Hendrix Experience in concert.

Everything about the band – the sound and volume of the music, their flamboyant dress and hair styles, the message of the songs and the message of their lives – called out to me, and I followed along, quickly falling into the rebellion and anarchy that marked that era.

But in 1971, I was impacted by a very different revolution, the Jesus Revolution, featured in a famous Time Magazine cover story in June of that same year.

Suddenly, around America and even around the globe, hippies, radicals, and rebels were getting dramatically converted, giving themselves to Jesus even more fervently than they had given themselves to sex, drugs, rock and roll, and Eastern religion.

The impact on my life was nothing less than revolutionary.

But the revolution cannot stop there. It must go beyond each of us individually to touch the world around us — the poor, the hurting, the lost, the confused, the rebellious, and the defiant.

Let’s get on with the Jesus revolution. If ever it was needed, it is today.

But we must stand boldly and without shame as witnesses to the fact that God’s ways are best, that they are ways of life and hope and restoration and freedom.

A leading socialist in the 1920s once said: “We socialists would have nothing to do if you Christians had continued the revolution begun by Jesus.”

To each of you I say: Let’s get on with the Jesus revolution. If ever it was needed, it is today.

(If you consider yourself a follower of Jesus, then you’ll find these 10 practical commitments very helpful.)

What First Century Christians Could Teach Us Today