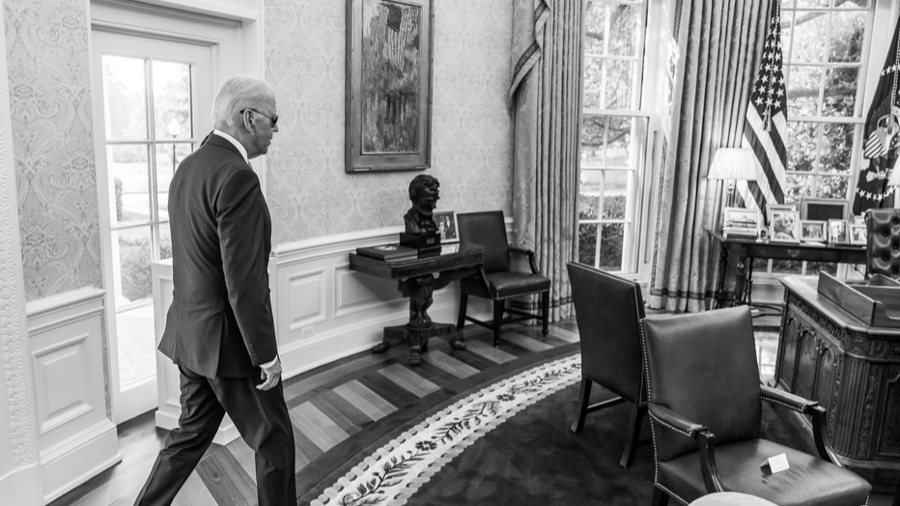 It’s been challenging, to say the least, to find out what’s really going on in Afghanistan concerning the evacuation of Americans and our friends.

Put a Lid On It

Unlike President Trump, who used to enjoy hanging out on the White House lawn and speaking off the cuff to answer reporters’ questions — not that he got the credit he deserved for that — President Biden’s White House prefers to “put a lid” on their commentary. If Biden doesn’t have it on a teleprompter to read, he simply shuffles off, stage left, if he can remember which way is left.

When that happens, it’s up to the Pentagon and the State Department to speak for him. But they’ve abdicated their responsibility as well. As Kyle Becker reported on Sunday, the White House has implemented a virtual news blackout. Good luck finding out anything from them.

The turn we’ve taken is so bad — and so unnecessary — that it’s easy to speculate along with Glenn Greenwald that something even larger is afoot.

“There is zero chatter in the White House about getting American citizens out of Afghanistan,” tweeted Jack Posobiec, senior editor at Human Events. A White House official told him that “they’re acting like they’re not even there.”

Why would that be? Multiple Pentagon sources independently confirm that “the White House counsel (through the National Security Council’s legal department) told multiple federal agencies and departments not to respond to Afghanistan correspondence, with more guidance to follow.” In other words, “ghost” any media outlet seeking information.

Americans on Planes — Stranded in Afghanistan

Of course, the mainstream media are showing no curiosity. When White House Chief of Staff Ron Klain appeared Sunday on CNN, he was never asked one question about the planes on the ground, not even if Americans were among those being held on airplanes at Mazar-i-Sharif International Airport. He did say that “about 100” Americans remain in Afghanistan and the administration is working on getting them out.

On Fox News Sunday, Texas Rep. Michael McCaul surprised host Chris Wallace by revealing that six planes, loaded with Americans and Afghan interpreters and other helpers, had been sitting for at least a couple of days on the tarmac at that airport, prevented by the Taliban from taking off. He said the Taliban wanted “something in exchange.”

Here’s the story from The Daily Caller.

And here’s the full interview with Rep. McCaul.

“The airplanes are there,” Texas Rep. Ronny Jackson had said Friday on Newsmax. “Everything is ready to go, They can’t get out…because the Taliban won’t release the flight until September 9 because they want to be recognized as an official government.” McCaul said it was guaranteed these hostages would be held until the U.S. recognized the Taliban as a government.

How Many Americans Are Left Behind?

As for Ron Klain’s assertion that “about 100” Americans are being held, California Rep. Darrell Issa says it’s a vast understatement. He told the AP it’s likely that “about 500 Americans” remain stranded (yes, Jen Psaki, stranded) in Afghanistan. That’s not including their family members, which would bring the number up to as high as 1,000. By not including the families, Nebraska Rep. Don Bacon said, “they’re lowballing the numbers.”

Jack Phillips of The Epoch Times reports that according to Mike Jason, who runs a rescue operation called Allied Airlift 21, the figure quoted could be far higher.

Alex Plitsas, an Iraq War veteran and former intel officer who is part of a rescue mission called Digital Dunkirk, said that in just one day, he’d received six calls from Americans who weren’t registered with the U.S. Embassy (which is abandoned now, I might add). “Those names are starting to trickle out now,” he said. “I expect that number to rise significantly.”

Be sure and read Rebecca Downs’ account in Townhall of Oklahoma Rep. Markwayne Mullin’s attempt to help Americans who were still trapped there, as told to Fox News’ Bret Baier on Friday.

“A congressman can sponsor a flight going in,” Mullin explained, “and it gives one of these other departments cover because it’s kind of, no one wants to touch it because I personally believe it was because they knew it was a hot mess.”

Even though they had obtained a humanitarian flight plan from the FAA, he said, they had to keep circling the Kabul airport because requests to land were repeatedly denied. Mullin believes this was “100 percent directed from the State Department.”

As he would be coming in with a large amount of money, Mullin had sought help from the U.S. ambassador, who told him he’d have to go through 16 Afghan checkpoints and at each one “would be charged to get through.” (Good thinking to bring cash!) Tellingly, the ambassador also told him that he’d been instructed not to help.

Mullin said that when President Biden, the State Department, and others said they’d get everyone out of there who wanted out, it was “a boldfaced, 100 percent lie.”

“…We’re not handling our mess,” he said. “…It’s our mess. The United States created this vacuum to allow the Taliban to come in. President Biden and his horrific withdrawal has caused this to happen.” He said that even if we got more Americans out, others would die “because of the failure of President Biden.” He said Biden would have blood on his hands.

Could It Be Worse Than This?

Indeed, this is so bad that some are speculating it was done on purpose to divert attention from something even worse. “What could be worse than this?” one might wonder. Tucker Carlson, on his show Tucker Carlson Tonight, and guest Glenn Greenwald speculated about that on Friday.

Carlson said he didn’t want to enter “the realm of conspiracy” but thought it was “at least worth wondering.” Could it be that someone wants to maintain future engagement in Afghanistan, or might someone have some other reason? I have to say, that idea does sound a little out-there, but it tells us how bad the situation in Afghanistan really is: bad enough to take our minds to some crazy possible explanations.

Even though Greenwald has seen no evidence of such a conspiracy, he said, it is “fully within the character of the deep state operatives” to deliberately engineer something like this. Sadly, he is correct. Certainly I’m not saying they did this, but who can trust them not to?

Another question: did the Taliban necessarily have to overrun Afghanistan at all? According to retired U.S. Army Brigadier Gen. Anthony Tata, the answer is no. Details here.

“We have utterly abandoned this country,” he said. “We have abandoned Americans within this country. It is just shameful what has happened…They chose to let it happen, they facilitated it happening, and now what you’ve got is a terror superstore there in Afghanistan.”

Finally, Piers Morgan wrote searingly about the “bitter shame and humiliation” America is experiencing as we near the 20th anniversary of 9/11 “thanks to Biden’s appalling mishandling of the U.S. withdrawal from Afghanistan and abject surrender to the very people who helped commit the attacks by harboring the terrorists who carried them out.”

“America’s defeat to just 75,000 murderous medieval thugs is thus complete,” he wrote. He went on to talk about what is most certainly a hostage situation. Read it all, and get angry. Angry enough to reject whatever this government tells you. The turn we’ve taken is so bad — and so unnecessary — that it’s easy to speculate along with Glenn Greenwald that something even larger is afoot.