But he can't quite make the jump to intelligent design. 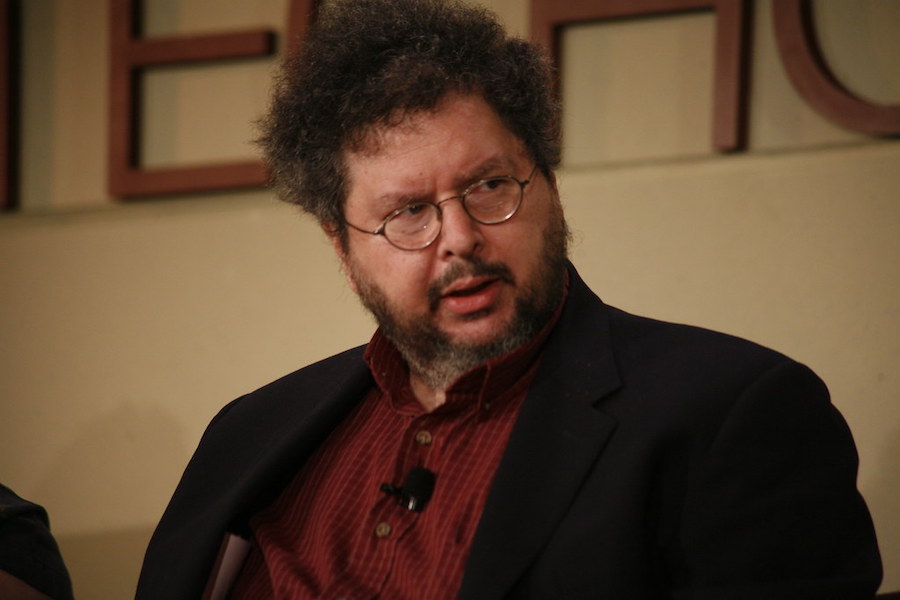 This isn’t someone you’d expect to reject Darwin. He lives and works at the heart of the intellectual establishment. He’s a renowned computer scientist at Yale University — the New York Times called him a “rock star” — and served on the National Council on the Arts. He explained in a recent essay in the Claremont Review of Books why he no longer believes Charles Darwin’s theory of evolution. He makes similar points in a recent interview with the Hoover Institution’s Peter Robinson.

Gelernter, who is famous for predicting the emergence of the World Wide Web, credits three books with changing his mind. One is Darwin’s Doubt, by Stephen Meyer of The Discovery Institute. A second is The Deniable Darwin and Other Essays, by mathematician David Berlinski. A third is Debating Darwin’s Doubt, an anthology edited by David Klinghoffer.

Why did Gelernter reject Darwinism? For one thing, he points to the fossils missing from the record. This bothered even Darwin. Why is this a problem? The number of fossils of major animal groups exploded during the Cambrian era. That means we should have lots of fossils of simpler “transitional” creatures in the precambrian period. But we don’t.

“Darwin’s theory predicts that new life forms evolve gradually from old ones in a constantly branching, spreading tree of life,” Gelernter writes. “Those brave new Cambrian creatures must therefore have had Precambrian predecessors, similar but not quite as fancy and sophisticated. They could not have all blown out suddenly, like a bunch of geysers. Each must have had a closely related predecessor, which must have had its own predecessors.”

Some argue that the Precambrian precursor fossils are missing because they were soft-bodied organisms that didn’t survive as fossils. But some Precambrian soft-bodied fossils did survive — they just weren’t the predecessors to the Cambrian fossils.

Gelernter says the incremental development of new species is largely not there. “Most species enter the evolutionary order fully formed and then depart unchanged.” Darwinism can’t explain that.

Perhaps the biggest flaw with Darwinism, he writes, is how hard it would be to randomly make new functional proteins. Darwinian evolution depends a huge number of them. Our understanding of molecular biology developed after Darwin. His theory doesn’t fit well with this new understanding.

Gelernter carefully reviews the evidence, and his article provides a very helpful short guide to the problem. He cites Douglas Axe, a distinguished scientist, who has calculated the chances of hitting a stable protein that performs some useful function, and might therefore be preserved by natural selection, are only 1 in 1077. That’s just one of the many, many proteins needed for any organism.

Gelernter summarizes the evidence. “Immense is so big, and tiny is so small, that neo-Darwinian evolution is — so far — a dead loss. Try to mutate your way from 150 links of gibberish to a working, useful protein and you are guaranteed to fail. Try it with ten mutations, a thousand, a million — you fail. The odds bury you. It can’t be done.”

He has plenty of other problems with Darwinism. The last one he brings up is the (neo-)Darwinian belief that “gene mutations driv[e] macro-evolution.” These can explain changes in existing forms, but not the development of new forms. The mutations are fatal, and the organism dies before it can reproduce. There are no examples of mutations that are not fatal. This Georgia Tech geneticist John F. McDonald calls “the great Darwinian paradox.”

Though he takes down Darwinism, Gelernter doesn’t propose an alternative. He doesn’t quite embrace the idea that intelligent design explains the origin of the species. He asks why a creator would have created so many doomed organisms. “Why are we so disease prone, heartbreak prone, and so on?” On the other hand, “The religion is all on the other side.” It’s the Darwinians who have become dogmatic.

Gelernter appeared in an interview in June with the Hoover Institution’s Peter Robinson, entitled “Mathematical Challenges to Darwin’s Theory of Evolution.” Two of the authors he cites appeared along with him, Berlinski and Meyer.

In the interview, Gelernter expanded on his article. He explained that it wasn’t the mathematics that challenged Darwin, it was that Darwin didn’t understand the biology. Meyer says we didn’t figure out that the possibilities of random molecules forming a meaningful protein are extraordinarily rare until the last couple of decades. Back in Darwin’s day, very little was known about molecular structure. Science has outgrown Darwin’s theory.

The odds are so prohibitive of a mutation forming a functional protein that there is hardly a difference between saying it’s unlikely versus saying it’s impossible. There’s no practical difference. “We know if there are a million monkeys typing on a million typewriters, they’re not going to produce the collected works of Shakespeare.”

The group moved on to intelligent design. Berlinski is skeptical. Meyer is a proponent, and says blind material processes can’t explain the origin of the information necessary to build a new biological form. He suggests that the pain and suffering in life caused by say, aggressive bad viral strains, could be the result of the very mutations that evolutionary proponents claim transition a species.

Gelernter admits intelligent design is an “absolutely serious argument.” It’s the “first, and obviously most intuitive one that comes to mind.” It’s got to be dealt with intellectually. It can’t be dismissed with anti-religious bigotry.

His colleagues have treated him courteously since he changed his position on this issue, he says. Still, for them Darwinism has passed beyond a scientific argument. “You take your life into your hands to challenge it intellectually. They will destroy you.”

He’s seen “nothing approaching free speech on this topic.” It’s not a scientific or intellectual discussion. They think he’s attacking their “religion.” Alas, he’s not hopeful that Darwinism will be phased out of academia anytime soon.