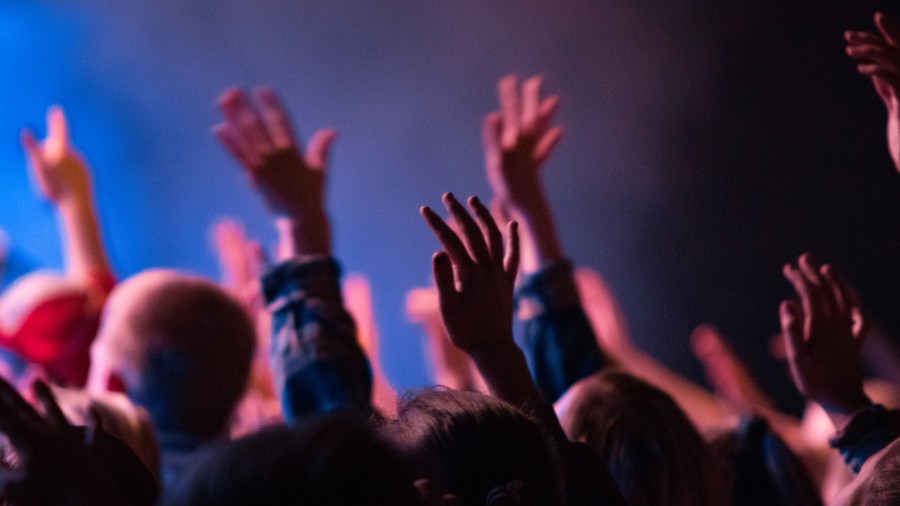 Americans cherish religious freedom. And the COVID-19 crisis has reminded people of faith, especially how much they value this critical First Amendment right. For me, a Christian, the past eight months of lockdowns have underscored the importance of in-person worship or, rather, the importance of fellowship in nurturing one’s spiritual life.

As David Mathis, a pastor and executive editor of Desiring God, says, “Worshipping Jesus together may be the single most important thing we do. It plays an indispensable role in rekindling our spiritual fire and keeping it burning. Corporate worship brings together God’s word, prayer, and fellowship, and so makes for the greatest of God’s ongoing grace in the Christian life.”

Faith is a Fundamental Part of Life

Pastor Mathis and I aren’t the only ones who feel this way about religious freedom. According to the findings of the Becket Fund’s second annual Religious Freedom Index, Americans in general believe religious faith is an inherent, key part of public life and that faith or religion is an important factor for navigating the coronavirus pandemic.

Sixty percent of Americans, for example, agree religion isn’t simply a weekend diversion recreational but a necessary, fundamental part of a person’s identity that should be protected. Indeed, a majority of Americans believe safely reopening places of worship should be treated with the same urgency as safely reopening businesses.

Americans have rightly been frustrated with leaders who, during parts of the pandemic, haven’t given the same deference to places of worship they give to businesses. Catholic political commentator Timothy P. Carney perhaps captured it best when in April he pointed out the unfair way churches and places of worship were treated compared to retail stores.

“This past weekend, amid the broad coronavirus shutdown, you could buy your Mad Dog 20/20 at your liquor store. You could pick up your shiplap and wood stain at Home Depot. Dozens of people could congregate under one roof, as long as it was a Big Box store,” he said. “But you couldn’t go to church for Easter service.”

When churches across the country were finally allowed to reopen at partial capacity with robust social-distancing and sanitizing measures in place, Americans were overjoyed to worship together again in person instead of via YouTube, Zoom, or Facebook Live.

Not the Same Feeling Over Zoom

After Republican Texas Gov. Greg Abbott at the end of April issued guidelines for Lone Star State churches to begin reopening, Pastor Randy Phillips prepared to return to the pulpit. This time, however, his congregation listened to his sermon from the church’s 1,500-seat outdoor amphitheater, where attendance was limited to 350 people.

“You mean so much to me,” Phillips told his congregation. “I will never take it for granted again — the beautiful fellowship we have together as believers,” he said. Congregant Molly Lintz shared similar feelings. “It’s nice to be back with the community,” she said. “You just don’t get the same feeling over Zoom.”

An overwhelming majority of Americans, moreover, believe religion is an important, stabilizing influence on society during times of social upheaval. When churches and after-school religious programming is forced to close, unrest is amplified as young adults have fewer outlets through which to productively channel their energy.

Americans made it loud and clear that religion isn’t a tertiary sphere of life where they occasionally dip their feet. No, religion is a central part of American life, and voters will support candidates who defend Americans’ First Amendment right to religious freedom.

Christians, specifically, know that “where two or three are gathered,” as the book of Matthew says, God is in the midst of them. This is a comforting truth to rest in during lockdown when one is isolated from the church family. But, the importance and gift of in-person fellowship, and worship, for people of faith remains critically important.

Americans need and deserve leaders who will be as quick to defend believers’ right to worship publicly as they are to defend the right of business owners to operate and make payroll. Leaders would do well to take notice of this now and in future elections.

Ken Blackwell was mayor of Cincinnati, treasurer, and secretary of state for Ohio, and U.S. ambassador to the United Nations Human Rights Commission. He is a Senior Fellow at the Family Research Council, in Washington, D.C.